2019 Renault Kwid: Which variant to buy?

The refreshed Kwid is available in a total of 12 versions, including two engine options and manual and AMT gearboxes. We guide you on which version is the pick of the range. 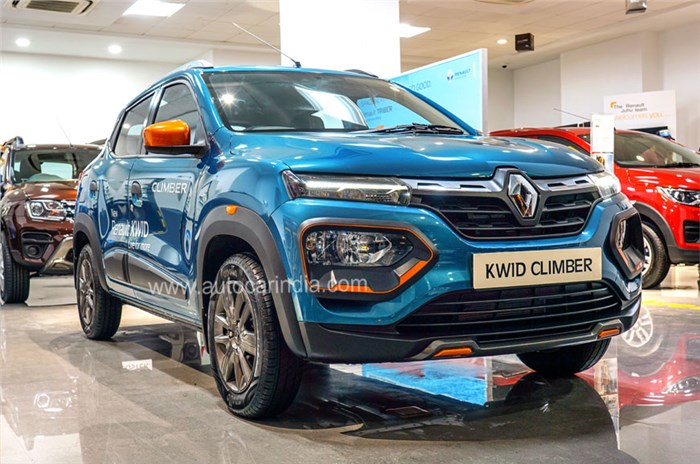 French carmaker Renault recently gave its highest-selling model a rather comprehensive makeover, which brought with it a new design, more features across the range and a slight (Rs 7,000-8,000) increase in prices.

With the update, the SUV-inspired budget hatchback’s line-up has been rejigged as well. With all engines, gearboxes and trims accounted for, there 12 versions of the Kwid on offer. We’ll break the entire range down and find the one that makes the most sensible buy.

What are the engines and gearboxes on offer?

With BS6 emission norms set to take effect on April 1, 2020, it came as a surprise that Renault opted to launch the updated Kwid with the existing BS4-spec engines. On offer are 54hp, 0.8-litre and 68hp, 1.0-litre petrol engines. The 800cc engine offers very average performance and is just about adequate for city use. The sprightlier 68hp, 1.0-litre Kwid is easily the better car to drive and is worth paying the extra money for.

5-speed manual gearboxes are standard fitment, but the Kwid 1.0 also gets the option of a 5-speed AMT automatic 'box. You won’t have reason to complain about the manual; but city dwellers will find the Rs 30,000 premium on the AMT variant money well spent.

Renault sells the Kwid 0.8 in Std, RxE, RxL and RxT versions, while the Kwid 1.0 comes in RxT and Climber versions. Notably, the Kwid 1.0 can also be had with an Option pack that adds a passenger airbag and rear power windows for about Rs 8,000 extra. The Kwid facelift also gets a driver airbag, ABS with EBD, driver and passenger seat belt reminders, a speed warning system, an engine immobiliser and rear parking sensors as standard.

The base Std trim might be where the Kwid range starts but it does get body-coloured bumpers, LED DRLs and 14-inch steel wheels. On the inside, there are few frills beyond the digital instrument cluster, including a tachometer.

The RxE costs Rs 70,000 more and gets decals on the side, a folding rear seat, a manual AC and two speakers at the front. Things get more appealing when you look at the RxL trim, which costs Rs 30,000 more than the RxE. The exterior looks more enticing, courtesy its contrast mirrors and full-wheel covers, while on the inside there’s more by way of comfort and convenience features too. The Kwid RxL gets power steering, front power windows, and a single-DIN audio system with USB, AUX-in and Bluetooth connectivity.

The RxT variant goes a step further, with features such as a rear parking camera, intermittent front wipers, a rear parcel tray, an 8.0-inch touchscreen infotainment system with Apple CarPlay, Android Auto and voice recognition, a 12V accessory socket for the rear passengers and a USB fast charger. The 0.8-litre Kwid RxT costs about Rs 30,000 more than the RxL, making it a much more attractive buy.

The Climber variant adds a rear-centre armrest as well as a lot more spice to the package, courtesy a large number of exterior and interior embellishments. Climber variants are also priced at about Rs 21,000 more than the lower-spec 1.0 RxTs.

Which is the version to buy?

Neither of the two engines are perfect, but you’d be best served by the 1.0-litre unit. Of the two transmission options on offer on the 1.0, we’re leaning towards the AMT auto solely for the convenience it brings to the Kwid – for not too much more money.

The range-topping Climber variant is a great choice if you want your Kwid to stand out. But for most buyers, the RxT will do just fine – and save you a good Rs 21,000 too. We would recommend the add-on Option pack; the added safety of a passenger airbag is well worth the extra money. All said, our pick of the Renault Kwid facelift range is the 1.0-litre RxT(O) in AMT form.