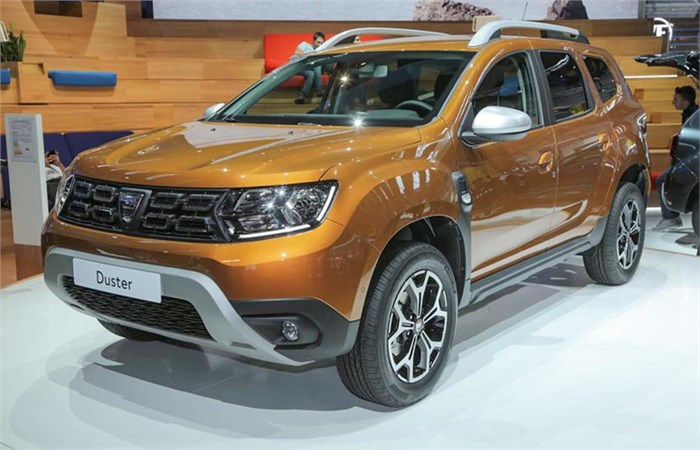 2018 Dacia (Renault) Duster gets new design inside out; uses the same underpinnings as its predecessor.

The new Renault (Dacia) Duster has been completely revealed at the Frankfurt motor show, with the exterior design being revealed earlier. The SUV gets exterior design changes and receives major upgrades on the inside. While speaking to our sister publication, Autocar UK, Laurens van den Acker, Renault’s senior vice president of corporate design said that the sales success of the Duster prompted the firm to take an evolutionary approach to redesign.

The international-spec Duster’s dashboard has been redesigned and the navigation system has been moved to the upper part; that system now includes an optional multi-view camera.  The car also features blind spot warning, and automatic air conditioning and headlights. The latest Duster uses the same platform as the outgoing model and has identical overall dimensions. The only change is that the windscreen has been moved slightly forward to improve interior space.

On the outside, the SUV now has a wider front grille and headlights. At the back, the tail-lamps have been moved to the corners to give it a broader appearance.

The new Duster is likely to retain the same engine and gearbox options for international markets like the outgoing model. There is no news of an India launch, as of now. Renault, however, is readying an India launch of the Captur SUV in the coming months.