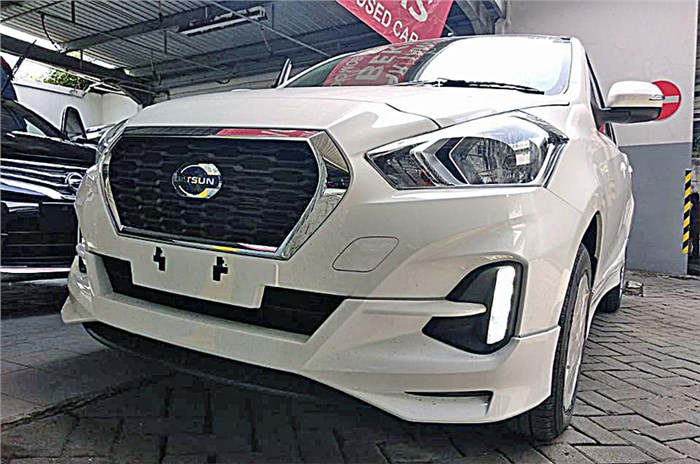 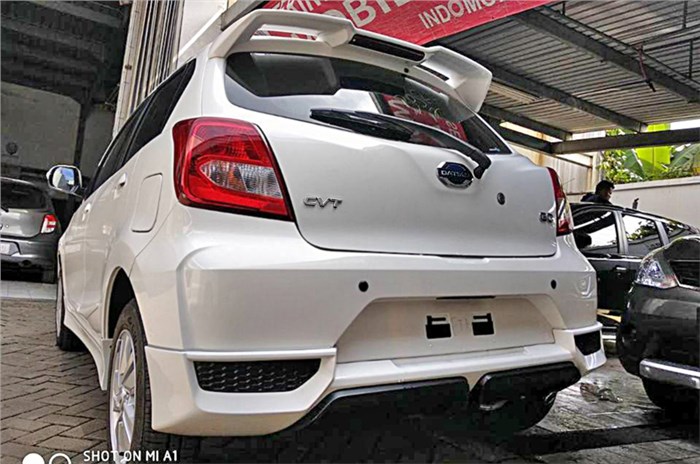 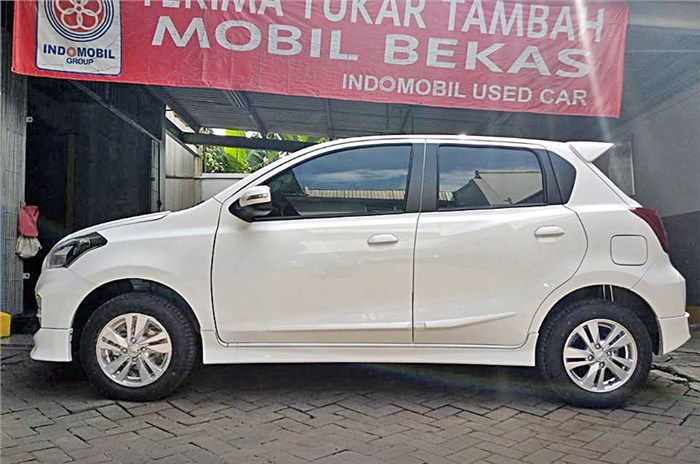 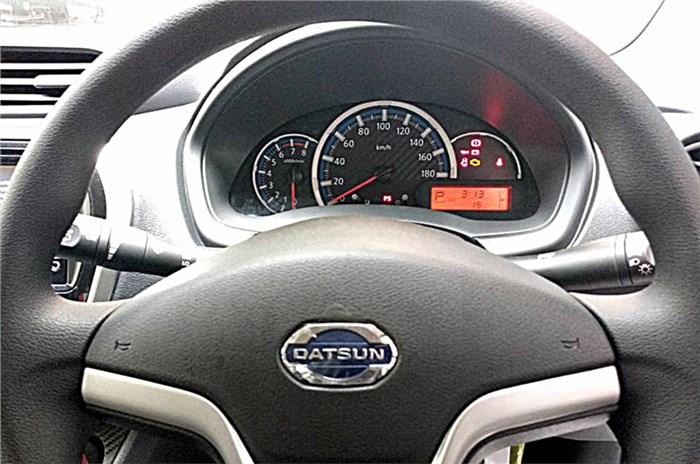 New spy images of the Datsun Go hatchback have surfaced online, the highlight of which is the fact that the model for Indonesian markets will get the option of a CVT automatic transmission, along with the standard five-speed manual.

As seen in thespy imagesrevealed earlier, the facelift gets a new-look front and rear bumper, tweaked front fog lamp mounts, a wider grille, new headlamps (from the Cross), new alloy wheels and indicators integratedinthe outside mirrors. However, the model spotted now wears a body kit that adds sportier front and rear bumpers, side skirts and a large rear spoiler.

In the cabin, little has changed, but the new model gets the Cross’ instrument panel and circular AC vents. However, the touchscreen infotainment system offered on the crossover is not expected to make it to the Go.

Powering the facelift will be the same 1.2-litre, three-cylinder petrol engine that makes 68hp and 104Nm of torque.

The Japanese brand is expected to launch the refreshed Go in Indonesia early next month and bring the model to India later this year. The CVT automatic, however, is unlikely to make it to the India-spec model.

Nissan,Datsunprices to go up by 2 percent