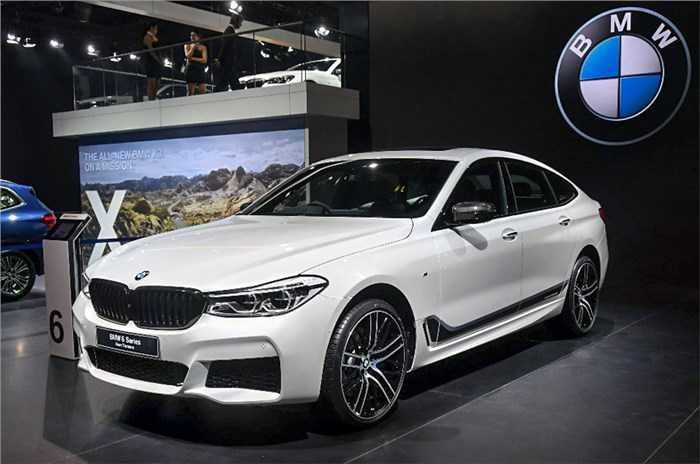 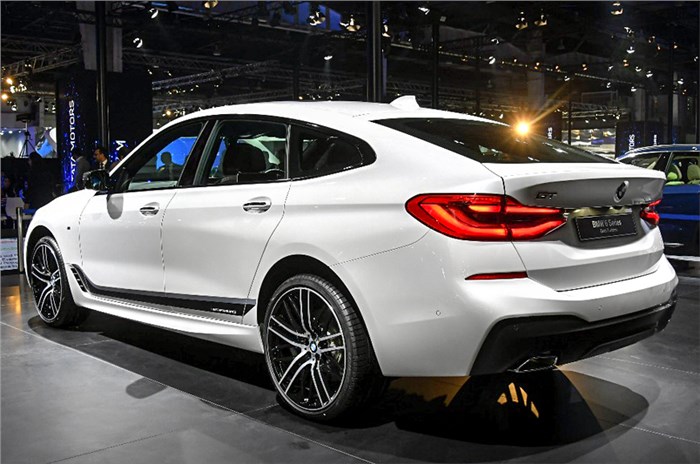 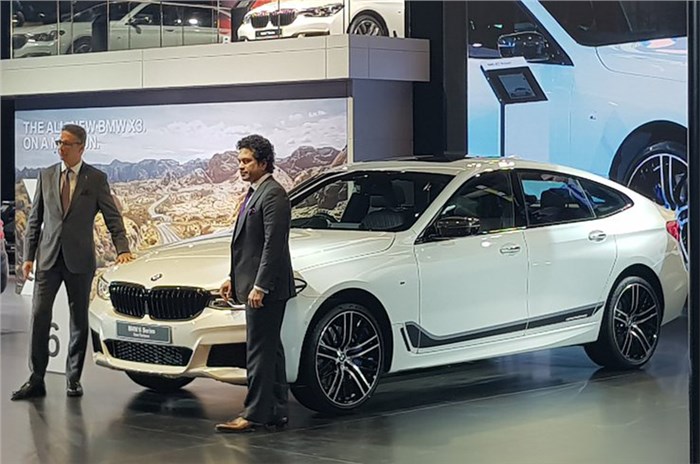 Slotting between the 5-series and 7-series, the 6-series GT has been launched with a 2.0-litre petrol engine; diesel option to come later in 2018.

BMW has launched its luxurious liftback – the 6-series Gran Turismo, or GT – at Auto Expo 2018. The car is priced at Rs58.9lakh (ex-showroom, India) for the630i petrol version; a diesel engine model will be introduced in the second half of 2018. Both petrol and diesel models will be locally assembled at BMW’s Chennai facility.

Effectively a global replacement for the 5-series GT that was once on sale in India, the 6-series GT for our market is BMW’s answer to the long-wheelbase Mercedes-Benz E-class. The E-class has been a runaway success for Mercedes, offering the kind of space and luxury never seen before, in the segment. Being a large liftback with a similarly long wheelbase and enhanced rear seat space, the 6-series GT will aim to beat the E-class at its own game.

The 6 GT uses the same petrol engine as the 5-series – a 258hp, 2.0-litre, turbocharged, four-cylinder motor. A 190hp, 2.0-litre diesel and a 265hp, 3.0-litre, six-cylinder dieselare expected at a later date. All the engines will come with an eight-speed automatic gearbox that sends power to the rear wheels, and the 6-series GT even gets air suspension for that truly cushy luxury ride quality.

Like the 5-series, there is a lot of tech in this car, including the touch-and-gesture-operated sixth-generation iDrive infotainment system and a head-up display. Other kit includes four-zone automatic climate control, LED mood lighting and a Bowers & Wilkins Diamond Surround Sound System with a 10-channel amplifier with an output of 1,400 watts and 16 partially illuminated speakers.

The styling is probably what will draw most people toward the 6-series GT. The previous 6-series came in coupé, convertible and Gran Coupe guises and was widely regarded to be one of the best-looking modern BMWs. On the flip side, the 5-series GT, which prioritised form over function, had awkward proportions. The new 6-series GT is a mix of those two; and though it’s certainly much better-executed than the 5 GT, it still lacks the cohesive flow of a conventional sedan, let alone a coupé.

What do you think of the new BMW 6-series GT? Will the incredible space, comfort, tech and luxury make it worth its unconventional look? Tell us in the comments section below.