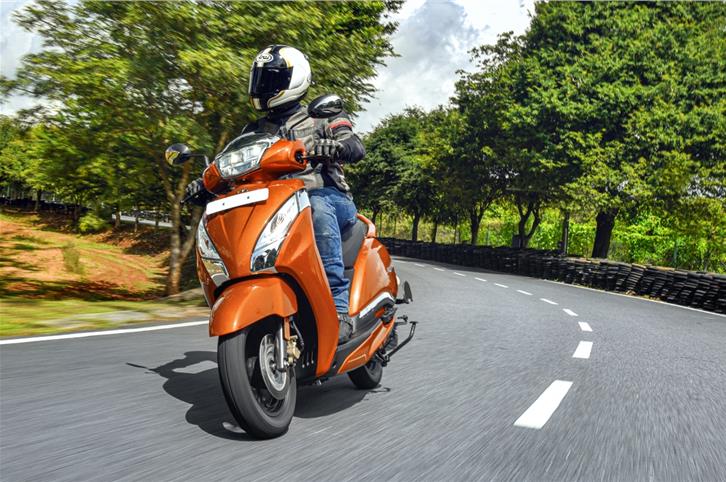 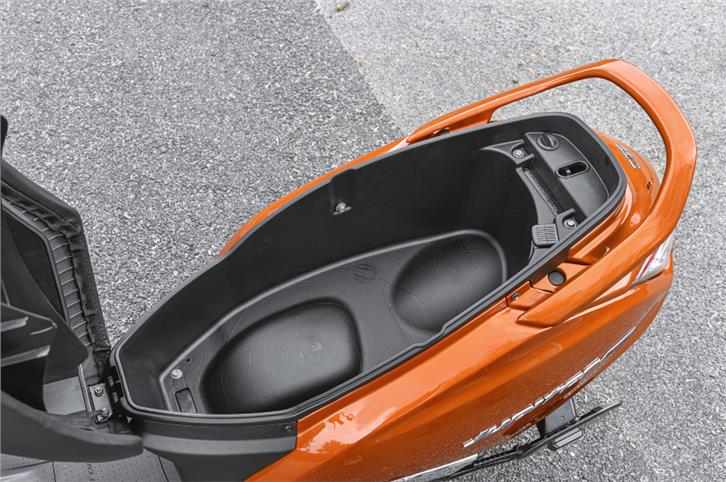 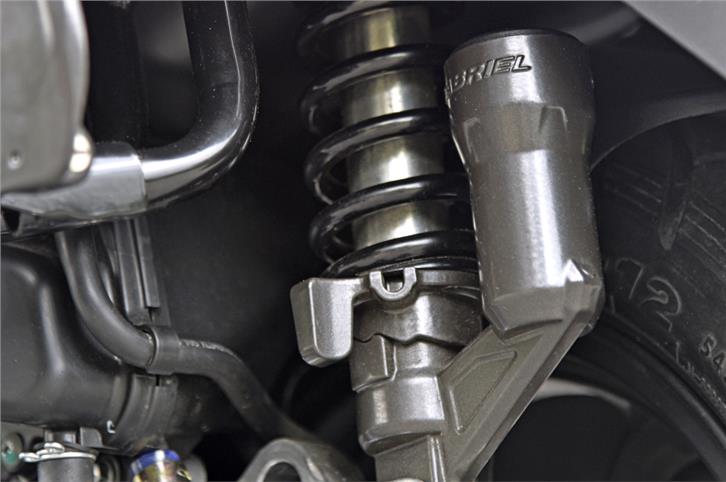 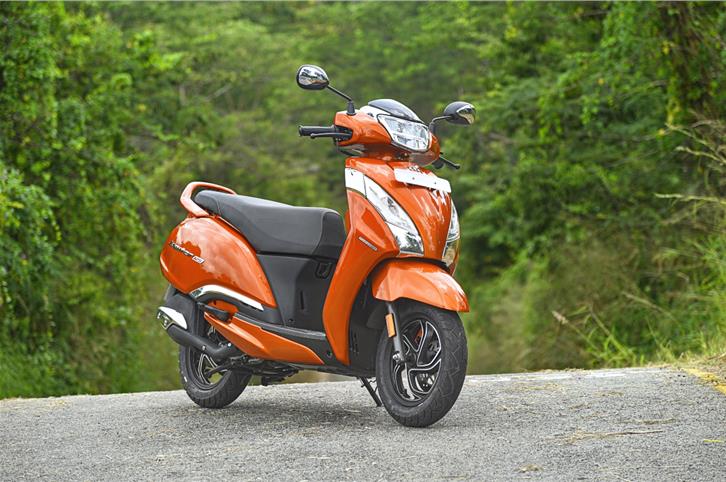 TVS expands its scooter line-up with an offering in the 125cc commuter space.

Even for a two-wheeler enthusiast like me, there are days where I just want to get from point A to B in a calm and collected manner. Things like practicality, comfort and ease can be really relaxing, especially if you are dealing with the hustle and bustle of living in a big city. Luckily, there are two-wheelers made for this purpose, and topping that list are 125cc commuter scooters.

TVS might be a little late to enter the commuter 125cc scooter segment, but it has entered it with some unique features, big claims and its popular Jupiter name. Here’s what it’s like.

The first thing you’ll notice about the Jupiter 125 is that it appears nothing like the 110, aside from the shared alloy wheels that look pretty smart. It’s a brand-new design that is significantly more modern from every angle, yet still very conservative. This scooter is also much curvier than what you are used to seeing from the company. TVS has taken advantage of chrome trim pieces at both ends of the DRLs to break-up the body-coloured bits, and it looks quite neat. Speaking of chrome, you’ll also spot it around the LED headlight, on the side panels, the exhaust shield and even the mirrors. 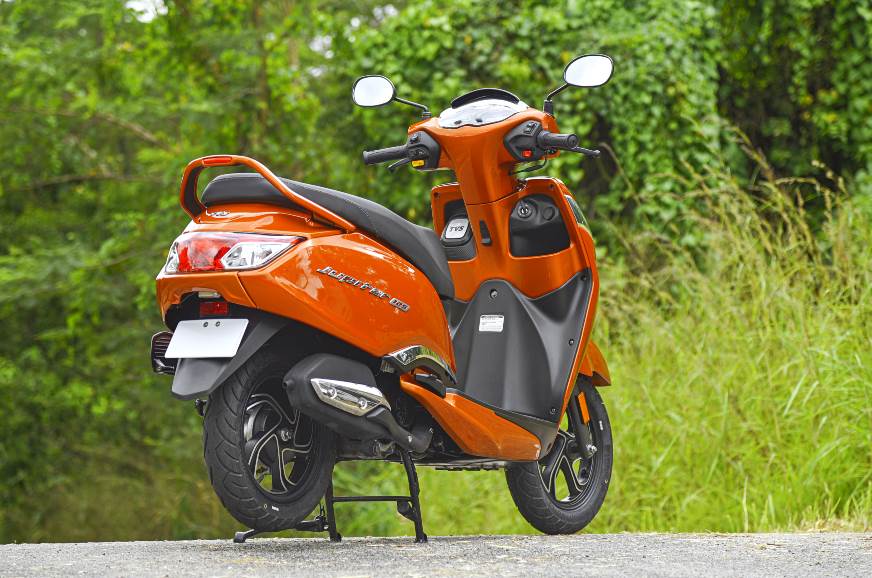 Using chrome extensively is tricky, as too much on a scooter can make it seem gaudy, however, it’s been executed well here. The side panels have a similar curvy shape that works in conjunction with the rest of the bodywork. That being said, the design certainly takes a safe approach and being appealing to riders of all ages seems to have been the main intention. As with most scooters in this segment, the rear section is occupied by a large tail-light assembly. Smaller styling touches that stand out are the body-coloured panels around the speedometer and inner apron, and the tiny reflector on the pillion grab handle.

These three variants make do with digi-analogue instrumentation that does its job. Thanks to the on-board computers that have come with fuel-injection systems in the BS6 era, the digital display also has a read-out for fuel efficiency related information. Other features include a USB charging socket (optional on lower-spec variants) , side-stand engine cut-off function, and auto-start stop. 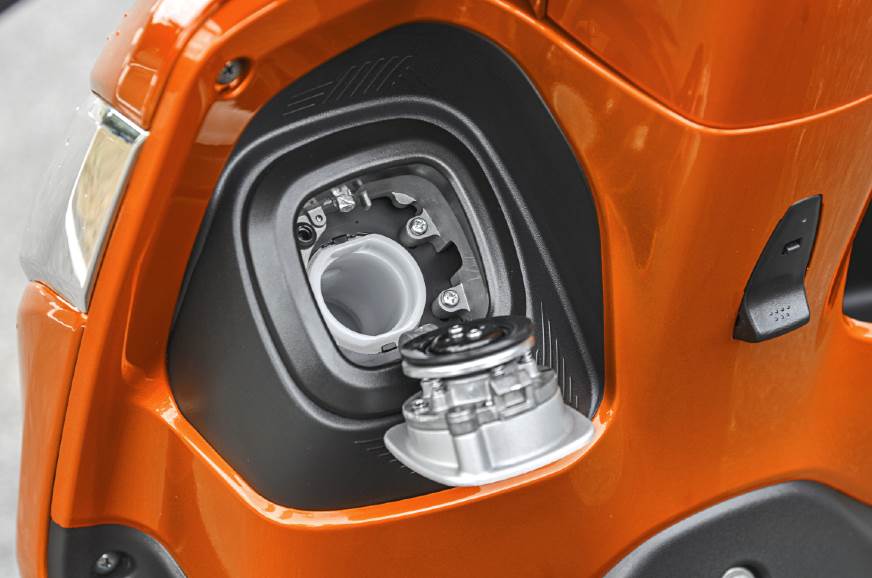 The biggest highlight on the new scooter is the fuel filler cap and fuel tank placement. The cap is located inside the apron, which has a fuel line that feeds the 5-litre tank positioned below the floorboard. This is unique in the segment, and not only does it make filling fuel easier, but it also lowers the centre of gravity and opens up a lot more room under the seat. The underseat storage capacity now stands at 32 litres, which is much higher than that of its direct rivals. The repositioning of the fuel tank also hasn’t come at the expense of ground clearance, and the claimed figure of 165mm is on par with the competition.

The 124.8cc engine on the Jupiter 125 has the same bore and stroke as the engines on the Ntorq 125 and Raider 125. However, the company has said that this only because they’ve found a sweet spot, and that, in reality, it’s a different engine.

The changes are quite significant, and this engine uses a two-valve setup and not a three-valve one like the other two. While that has come at the cost of some top-end performance, it is expected to be more fuel efficient. TVS claims that the Jupiter 125 is more efficient than some of its rivals but has not revealed any more information on this topic. We will put this to the test as soon as we get the chance. 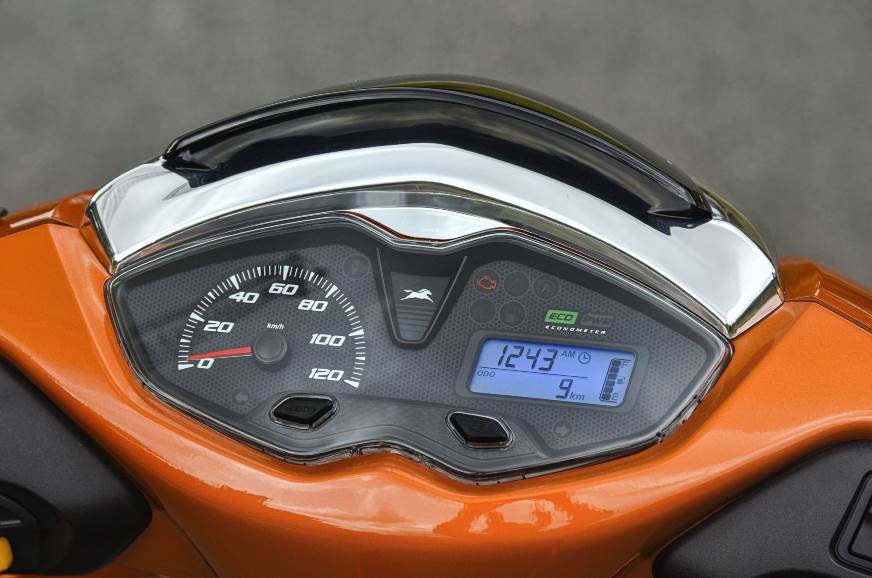 The scooter builds speed in a linear manner with more than enough torque on offer. However, the acceleration slows down quite a bit once you get past the 70kph mark. There are some mild vibrations that creep in through the floorboard once you get to about 50kph, but that aside, it’s a pleasant experience. The scooter is fairly silent and refined, and just what you would expect from an offering in this space.

Comfort is yet another major requirement in this space. And what TVS has done with this seat is quite impressive. It's 65mm longer than the one on the Jupiter 110, which means there's more than enough room for both rider and pillion. The ergonomics are also spot on, and even taller riders won't feel cramped, despite the fuel tank being in the floorboard.

The Jupiter 125 uses a gas-charged, single shock absorber at the rear, which features a convenient knob to allow easy preload adjustment. The ride quality does have a really nice sense of softness to it. Of course, we'll need to see just how comfortable it is once we get to ride it on public roads. 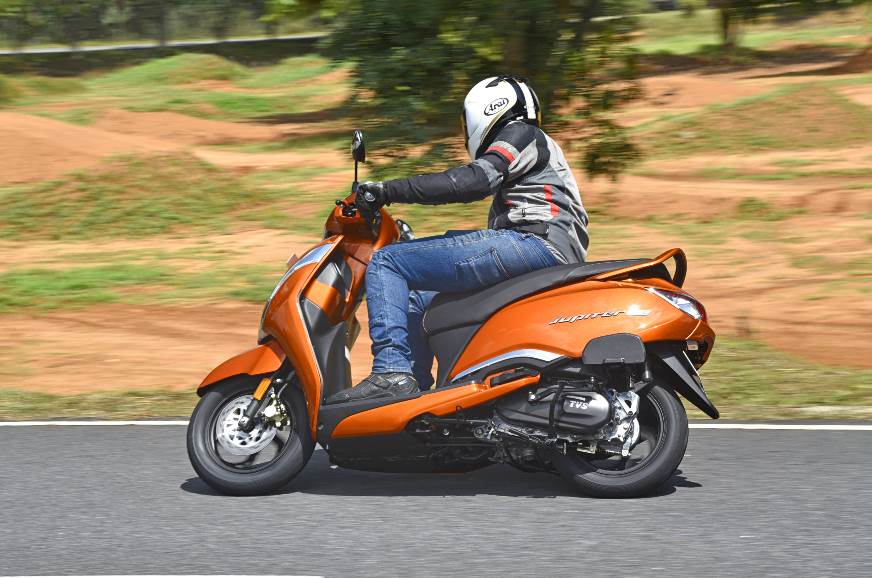 As far as handling goes, this scooter is most certainly up there with the best in its class. The lower centre of gravity does help to an extent, but it’s the way TVS develops its chassis that results in communicative handling.

At 109kg, the Jupiter 125 is not the lightest scooter in its segment, but it’s not the heaviest either. However, weight won’t be an issue as it feels surprisingly flickable and light on its feet. The front disc brake-equipped variant is the one we tried out and it turned out to have an impressive amount of stopping power, while still being beginner friendly when it comes to lever feedback.

With a starting price of Rs 73,400, the entry-level variant is priced on par with its competitors. The drum-alloy and disc-alloy variants, meanwhile, are priced at Rs 76,800 and Rs 81,300. All prices, ex-showroom Delhi.

The TVS has a big advantage over the others when it comes to storage capacity and the seating is also quite roomy. It doesn't deliver an enthusiast-driven experience like many other two-wheelers from TVS, but it's got what it takes to stir-up the segment. If you are in the market for a 125cc commuter scooter, we’d recommend waiting for our full review of the Jupiter 125, because it probably deserves to be on your list of options.