As the third scooter to be based on Suzuki's scooter platform, what does the new Avenis bring to the table? 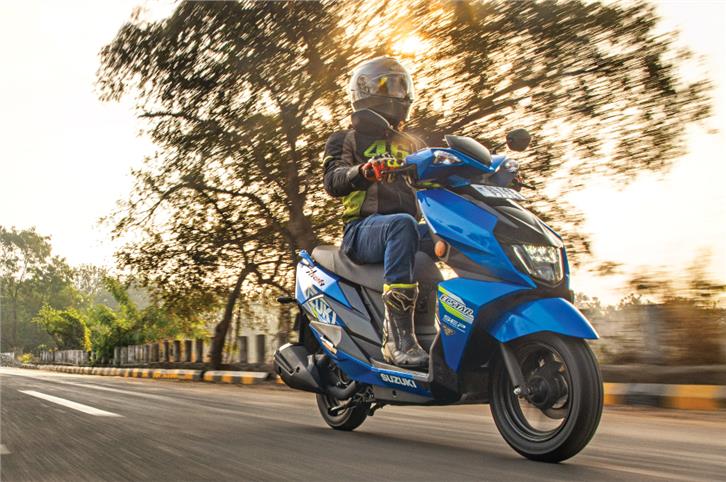 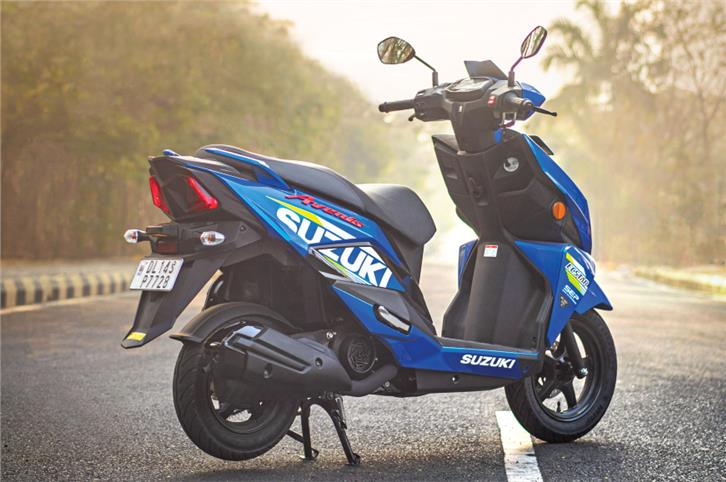 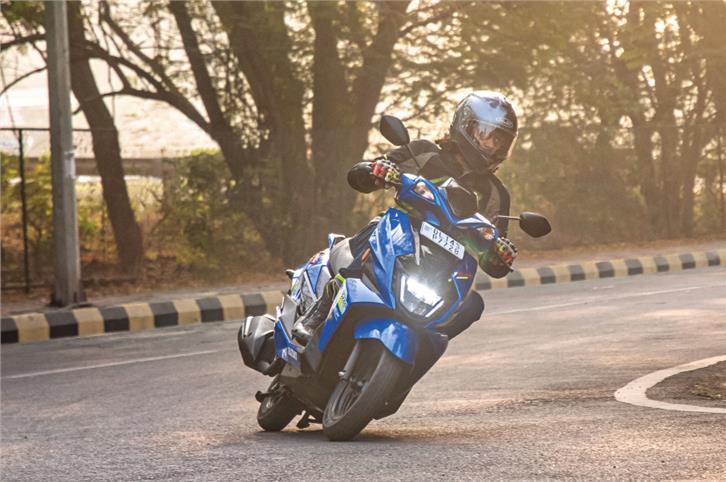 Despite its conservative family scooter looks, the Suzuki Access is quite a quick little thing, with a strong 125cc engine that magically blends excellent levels of performance, refinement and fuel efficiency. It also rides rather well, is quite practical and offers a fair few features, too. So if the plain-Jane design was the one factor stopping you from getting one, Suzuki may have just come to your rescue with this new Avenis.

Underneath, it's quite similar to the Access, sharing the same engine and chassis. But it's been dressed in a far sportier suit, and can even be had in the race-inspired graphics scheme that you see here.

The most striking aspect of this new scooter, and the biggest way in which it differs from the Access, is of course its design. With an edgy look full of cuts and creases, the Avenis cuts a rather sporty figure and is definitely a striking looking thing. Throw in this MotoGP graphics scheme and it wouldn’t look out of place in the back of a racing paddock. But it’s hard to ignore the similarity to that other popular sporty 125cc scooter, the TVS NTorq. The overall design language, proportions and shape are exceedingly similar to the TVS, and this being a new scooter that’s still uncommon on our roads, we were even once asked whether it was actually a new or modified NTorq.

If It Ain’t Broke?

If the design team can be accused of copying from their neighbour, the team working on the Avenis’ powertrain is even worse off, with precious little to report to their bosses. Because not much has been done in the engine department to differentiate this scooter from its more sensible looking sibling. Now that's not necessarily a bad thing - it's the same 125cc motor in the same state of tune producing the same output figures at the same rpm. So you have a fairly healthy 8.7hp and 10Nm on tap.

But it would've been nice if this sportier looking scooter offered a little extra performance to match its more aggressive design, even if this came at the expense of a little refinement or fuel efficiency. Considering the similarities, it’s unsurprising that the Avenis feels quite similar to the Access and the Burgman Street in terms of performance. Which means it’s quite a quick scooter, and feels rather zippy in the city - backing up its looks to some extent. It can also sit pretty at 70-80kph on the highway, smoothly cruising along thanks to its almost EV-rivaling levels of engine refinement.

But it’s still not as quick as something like a TVS NTorq Race XP, and it’s a little disappointing that it’s not any quicker than the other scooters in Suzuki’s stable. It is a good deal more fuel efficient than the NTorq, though, and delivers the excellent efficiency levels that this engine is known for.

The similarities to the Access continue in the chassis department as well, with the Avenis using the same frame suspension, brakes, wheels and tyres. And once again, the benefits are similar – the Avenis rides quite well and offers a pretty absorptive suspension setup that works well and keeps you largely comfortable on our roads.

But the Avenis leaves a lot to be desired in the handling department. Perhaps Suzuki would've done well to deviate from the Access' blueprint here, by offering a sportier riding experience to go with the racier looks and intent. The Avenis still feels rather numb and vague when leaned over, and fatter rubber along with a 12-inch rear wheel  would've gone a long way in inspiring some confidence. Heck, it would’ve even helped the Avenis look a good deal sportier, which is pretty much what this scooter seems to be all about. As things stand right now, there is a rather large void between the rear tyre and the bodywork and in terms of ergonomics, ride and handling, the Avenis feels nearly identical to the Access.

What that means is you get a similarly spacious riding position with a roomy floorboard and tall handlebars that won’t foul with the knees of even taller riders. The seat (one of the parts that’s different from the Access) is quite wide too, and overall you’re in a pretty comfortable place. It’s only after a few hours of riding that your backside begins to feel some pain, which is alright – this isn’t meant to be a cross-country tourer.

There’s a good amount of storage space under the seat, and a couple of gloveboxes on the back of the apron, too, one of which features a USB charger. But similar to the Access, while the fuel filler is external, it has to be opened using a keyslot near the grab rail, meaning that you will have to get off the scooter to fill up. 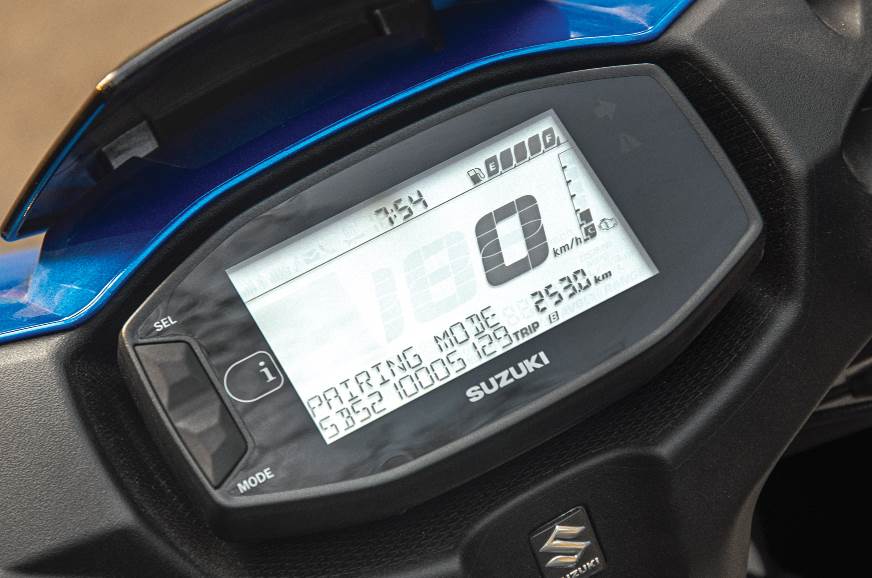 Other features include a Bluetooth-equipped fully-digital instrument console, an LED headlight and tail-lamp, and a side-stand cut-off, but the lack of a boot light is a little disappointing.

In terms of price, the standard colour options cost Rs 86,700 while this Race Edition is Rs 300 more. This makes it a few thousand rupees more expensive than the Access, but still more affordable than the Burgman. As for external competition, the Avenis costs almost exactly the same as the NTorq Race XP which is a good deal quicker.

‘Ave What It Takes?

Summing up, the new Suzuki Avenis is certainly quite a good scooter, but it isn’t really doing anything new or offering anything fresh, aside from its design. All things considered, the Avenis seems like a bit of a missed opportunity from Suzuki. Its unwillingness to tinker with the Access' formula means that this new Avenis does little more than offer a fresh set of clothes to a scooter that's already offered in 2 other outfits. At the end of the day, its benefits and shortcomings are very similar to the other two Suzuki scooters. So if the Access' looks are too understated for you and the Burgman's design is too unconventional, then you now have the option of a scooter that's priced between those two, and offers a sporty but not outlandish design.

But if you're looking for a scooter that offers a truly sporty riding experience, there are certainly some more authentic offerings on the market. 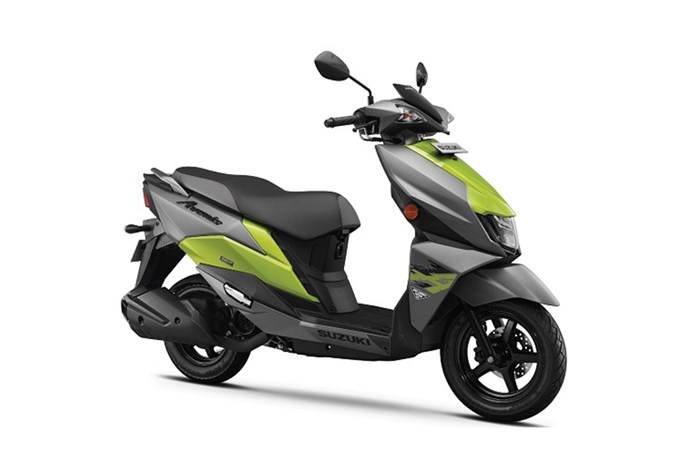