We’ve just stepped off after a fast ride astride Royal Enfield’s much awaited Continental GT. 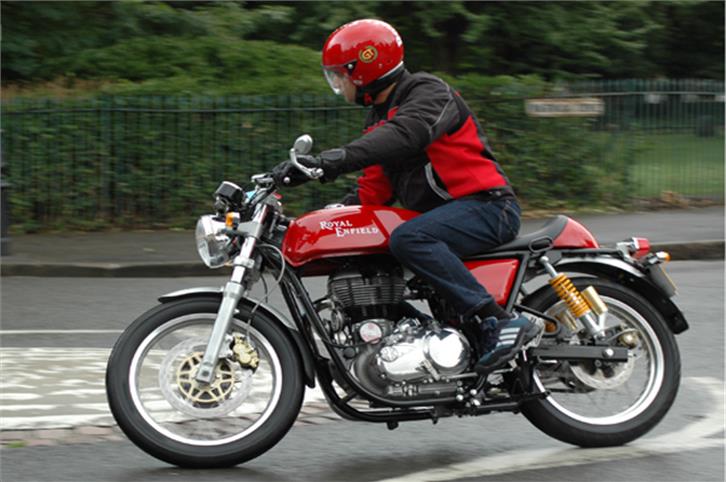 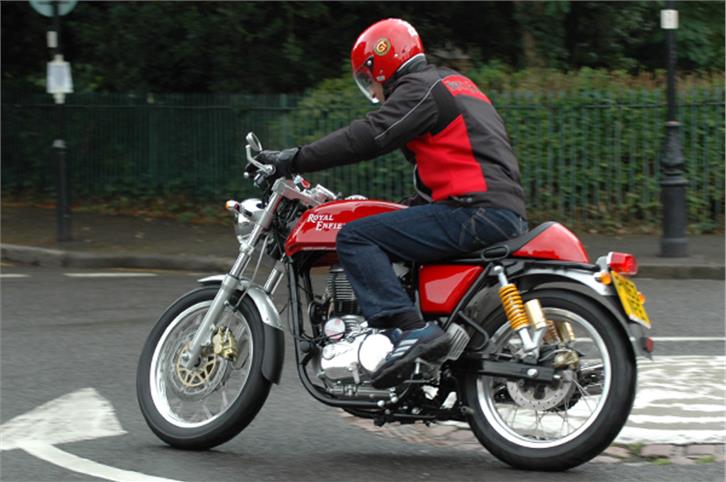 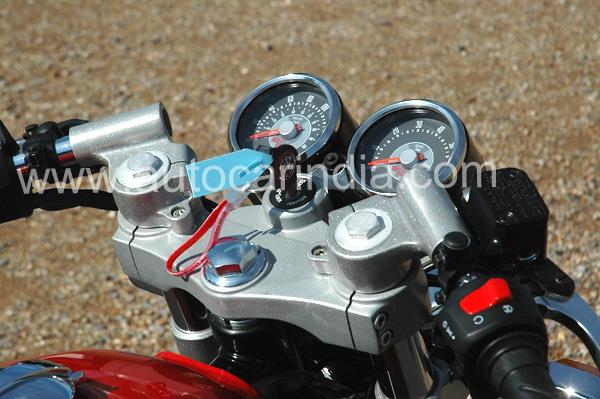 The Continental GT has been painstakingly re-created by Royal Enfield, with such a keen eye for attention-to-detail. Smashing looking, and with standout styling, the GT shows off classic lines from a magical era long since gone. The motorcycles round headlight is surrounded by an alloy steering brace and clip on handlebars that house Royal Enfield typical switchgear and rider controls. Royal Enfield will sell after market bar end mirrors for the GT, and we couldn’t recommend these more, for being so functional and solid, despite their tiny size. The GT comes with an elongated 13.5litre fuel-tank, tastefully adorned with neat logo, and equipped with a beautifully sculpted filler-lid. This leads into its single saddle (dual seat available as an optional) with smart exposed red stitching and a rounded tail surround. True enthusiasts will admire the GT’s exposed frame sections around its flank panels, its dual colour metal mudguards, alloy constructed spoke rims, as well as smartly shaped chrome silencer. Continued..