Does this intriguing new e-scooter, with its swappable battery solutions, offer an answer to many of our EV apprehensions? 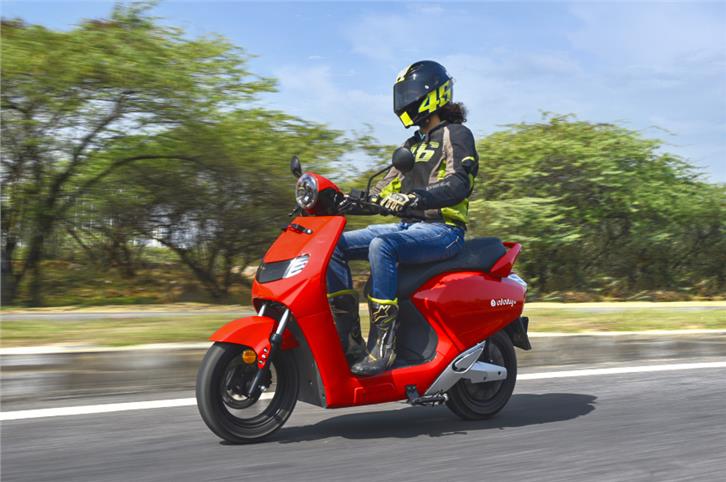 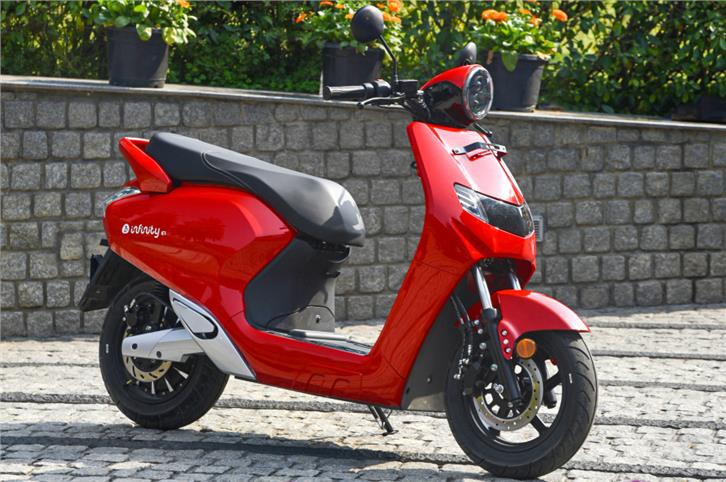 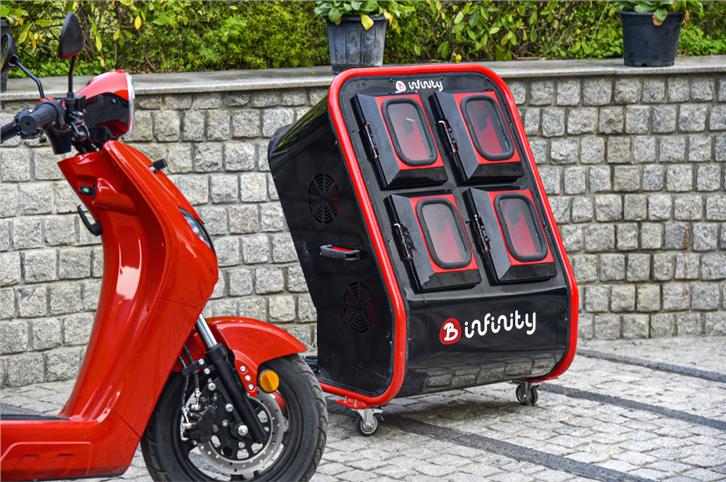 One of the biggest draws of electric scooters in India at the moment is the extremely frugal running costs that they offer – the average petrol scooter costs about Rs 2 per km to run, whereas with something like an Ather 450X, that number drops to just 27 paise (Rs 0.27) per km! But the flipside is that the competent high-performance electric scooters on the market cost quite a bit to buy in the first place. The latest company hoping to solve this problem is Bounce, with its new Infinity E1 electric scooter.

At Rs 68,999, it costs a little over half of what the Ather does, and also about on par with the average 110cc petrol scooter. And that’s when you buy it the conventional route, with the battery pack and home charger included. Bounce offers you the option of buying its scooter without the battery and charger, in which case it will cost you as little as Rs 45,099 (all prices, ex-showroom, Delhi, after FAME-II and state subsidies). When going down this route, you need to sign up for Bounce’s battery subscription plan, wherein you lease the battery from the company and are then free to use any of Bounce’s battery swapping stations.

At these stations, you simply exchange your depleted battery for a fully charged one, and go on your way. This is interesting because it's about as close as an EV can get to the quickness with which you can fill up a petrol scooter. In fact, it might actually even be slightly quicker. And this is massive time saving, as the average EV scooter takes a minimum of four hours to charge from empty to full. So, is this the solution to all our EV problems? 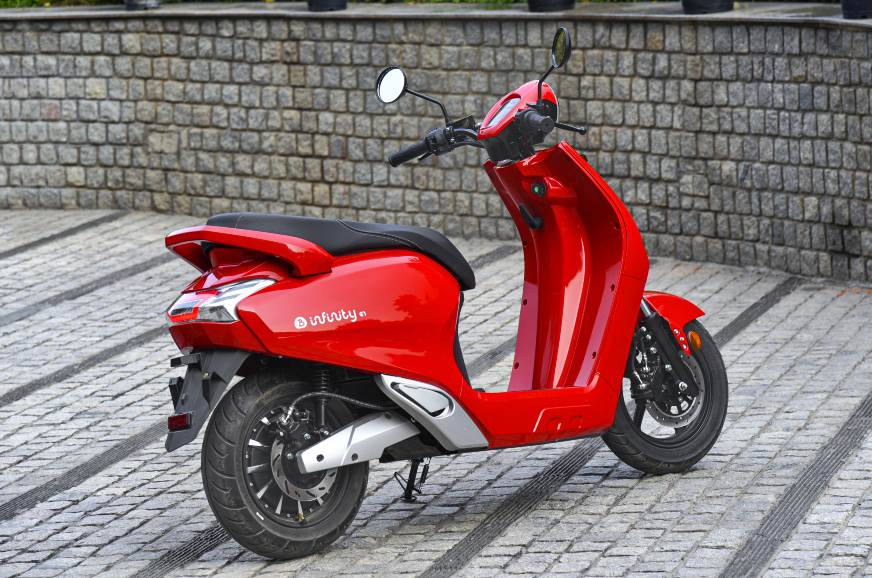 Well, maybe not. Because Bounce’s subscription plan costs Rs 1,249 per month, and each swap then costs you an additional Rs 35. If you’re going to use this scooter for your daily commute, as I suspect most buyers will, then you could be looking at 8 to 10 swaps a month (considering a 20km daily commute). Which means your running costs will be upwards of Rs 1,500 each month, and that’s quite a bit. Even at today's exorbitant petrol prices, it’s possible that you won’t make any savings on running costs compared to a petrol-powered scooter.

There's also the inescapable fact that this battery swapping solution will only truly be as seamless as a petrol filling experience when swapping stations become as abundant as petrol pumps. And that's still quite some time away. Bounce hopes to set up a swapping infrastructure that can support 1 million of its e-scooters in the next 12 months, which is quite ambitious. To do this, it is aiming for roughly 300 swapping stations per city in its top 10 markets.

With Bounce’s unique ownership options out of the way, let’s dive into the scooter itself. The spec sheet is fairly humble – the BLDC hub motor is rated at 2.2kW peak and 1.5kW nominal output, which is good enough for a claimed 65kph top speed. But there’s a claimed 85Nm of torque, and this being an electric, it's all available right from the moment you set off. 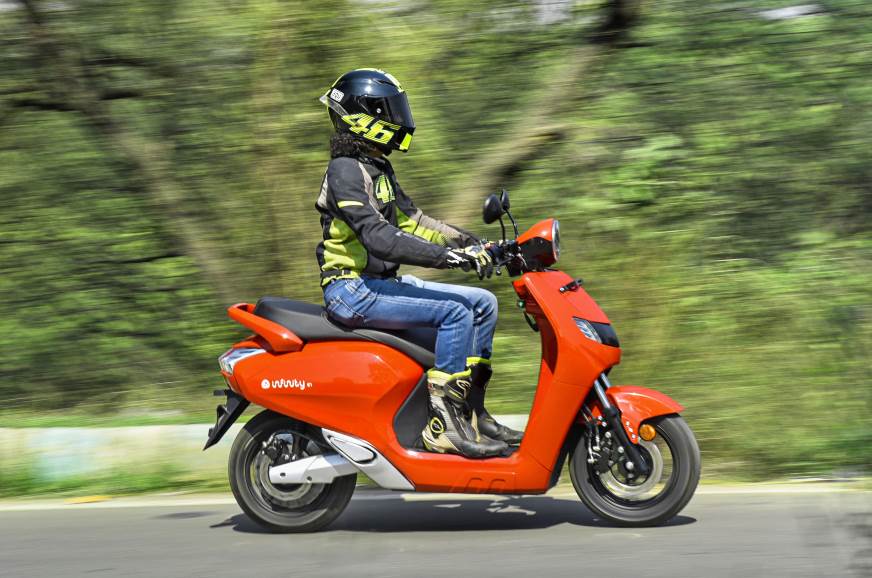 And when you set off in Sport mode, you do feel that instant electric torque. The scooter gets off the line with reasonable gusto, and feels like it can carry its weight well, up to about 40kph. Beyond this point, though, the rate of acceleration trails off quite considerably, and it's a long journey from here to the indicated 65kph top speed. The end result is that the E1 feels usable on smaller inner city roads, but regular use on larger and faster moving roads is best avoided. On the smaller intra-city highways you encounter in the metros, you can get by, but you're definitely going to be better off keeping to the left, out of people's way. Eco mode caps top speed at an indicated 40kph, so this is something you’ll want to use only if you're really running out of range.

Speaking of range, Bounce advertises the IDC range figure of 85km on its website, but claims real-world range of around 50km in Sport mode and 60km in Eco mode. While we didn't have a chance to run it dry during this brief first ride, the E1 seemed on track to cover around 45-50km while being ridden almost entirely in Sport mode.

What strikes you when riding the E1 is how light and manageable it feels. It gets a reverse mode, which is quite commendable at this price point, but truth be told, its 94kg kerb weight is very easy to handle, and the E1 is welcoming to new and inexperienced riders. And while its suspension certainly isn't plush, the ride comfort is reasonably alright, which is more than what can be said of some similarly priced competition.

Bounce has given the Infinity E1 quite a few features, many of which are usually seen only higher up the price charts. In addition to reverse, and the two riding modes, the E1 also gets a drag mode, where the scooter moves along at 3kph without needing any throttle input. Bounce envisions this mode being used for applications like walking the scooter to a puncture repair shop. It also gets an anti-theft system, cruise control, and Bluetooth connectivity plus an eSIM, which allows you to track various aspects of the scooter and battery, locate the vehicle, and geofence it. 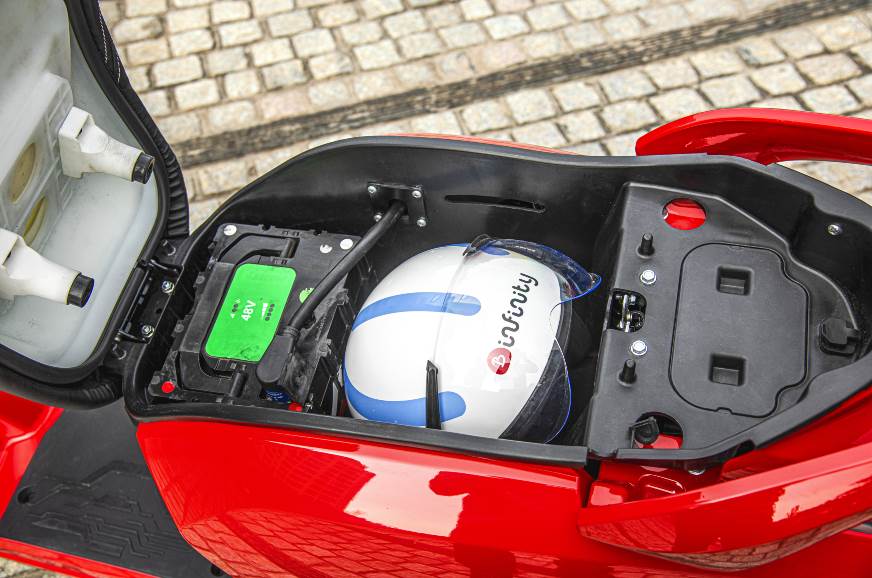 While it blazes ahead of the competition in features, it trails behind when it comes to underseat storage. With the removable 12kg 2 kWh battery pack housed under the seat, there's very little room left for your knick-knacks, and you'll only just about be able to squeeze in a small half-face helmet. If you're travelling with the supplied home charger, then even that might not be possible.

Space being in short supply is a theme across the scooter – the E1 feels quite compact, definitely a size down on most petrol powered scooters. The floorboard isn't the roomiest, and the handlebar will foul with the knees of even shorter riders when at full lock.

Bounce Infinity E1: should you buy one?

Summing up, the Infinity E1 makes for a fairly decent city commuter with a rich features list and a fairly good riding experience, so long as you're not spending too much time on the highway. Matters like true range will only be verified at a later stage, but the USP of this scooter is the flexibility offered in terms of charging and ownership options, as well as the commitment that Bounce is making in terms of a swapping infrastructure.

If I wanted to own an Ola or an Ather e-scooter today, I wouldn't be able to, because I have no way of charging these scooters at my residence. The Bounce has nowhere near the performance or range levels of those scooters, but I do have the option of charging the battery at home, or far more conveniently, subscribing to the swapping plans. Which means it is a feasible option for me, and could be for a lot of people. That being said, if you are in a similar situation, I would advise you to wait until Bounce's swapping infrastructure is up and running. 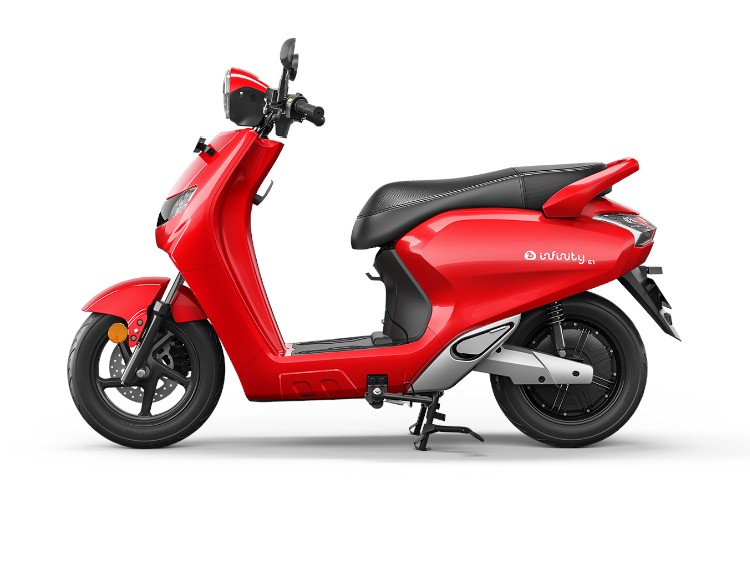