Its name literally means ‘lion cub’. We find out if it can do more than just roar. 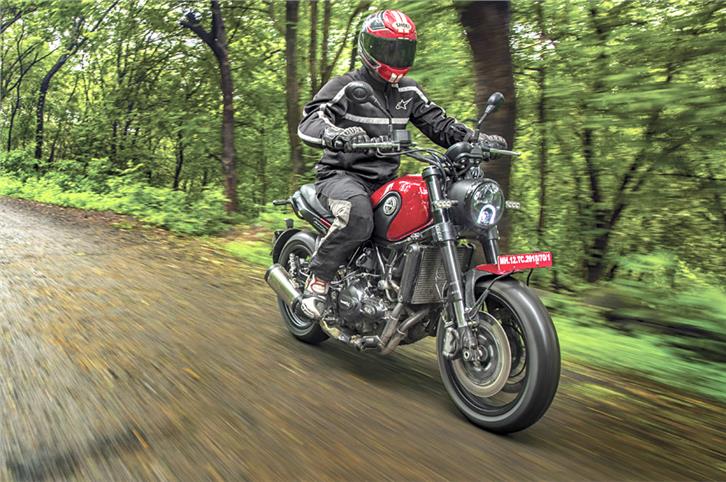 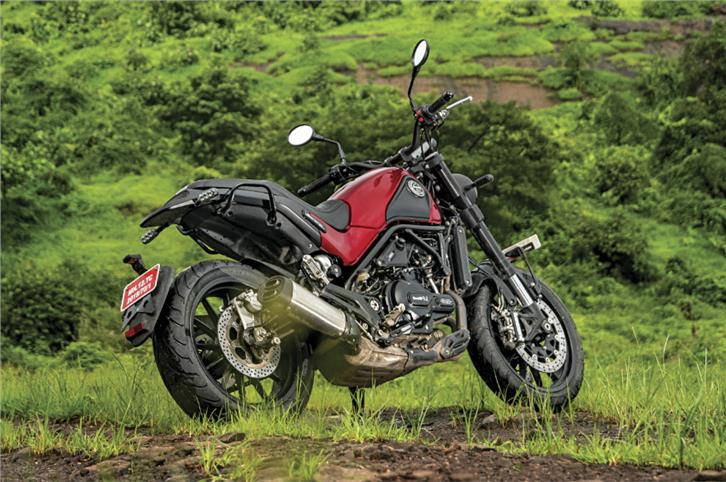 I was doing some reading in preparation for this review and came across a rather interesting fact – Benelli is the oldest European motorcycle manufacturer still in operation. And the Leoncino moniker that this motorcycle carries is a significant one in the company’s history. The original Leoncino came into existence in 1951 and was the first Benelli to be produced after World War II. A lot has changed since; and the Leoncino you see on these pages is made in China, rather than in Pesaro, Italy. The only thing this current model has in common with the original is the little lion ornament on the front fender. Today, the Leoncino is an important motorcycle for Benelli in India, and having ridden it, we must say it’s been a rather pleasing experience.

Easy on the eyes

Neo-retro. It’s a design language that we’ve heard of a fair bit in recent years. Most major manufacturers have a motorcycle that falls under the category and Benelli has done the same with the Leoncino. It features an old-school round headlight, but one that houses an LED and a unique inverted ‘U’ DRL. The round theme extends to the minimalist digital display, as well as to the Benelli logo on the tank. Speaking of which, the tank is a slim 12.7-litre unit that features plastic panels on either side, which add some diversity to the otherwise simple design. 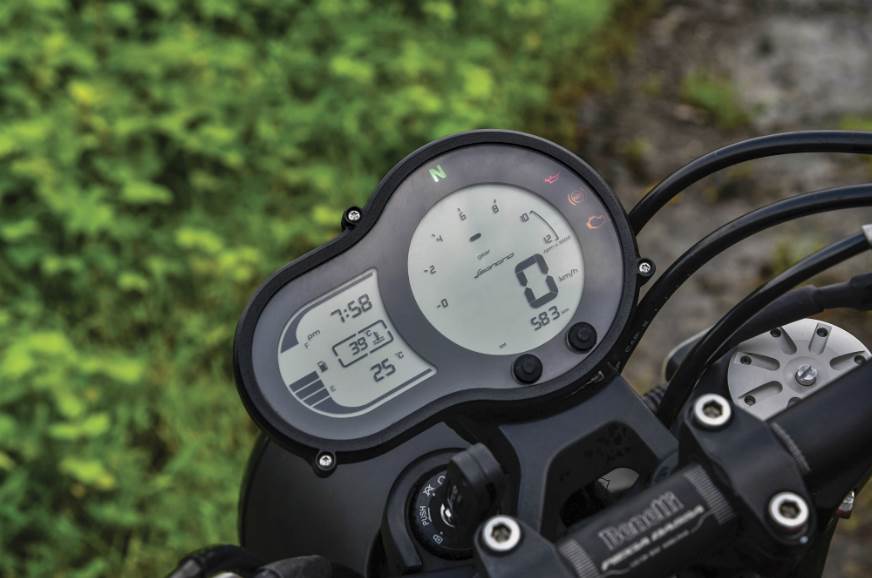 Details like the stitched pattern on the seat and a slick LED tail-light give this Benelli a more premium feel than the other bikes in the stable. However, Benelli seem to have kept the quality checks system a little old school – on the bike we were riding, there were some uneven panel gaps, rain water seeped into the tail-light and it also triggered the high-beam symbol on the instrument cluster into turning on when the high beam, itself, wasn’t. What was even more unfortunate was that after just a couple of days of riding, the paint on the tank, where you grip it with your thighs, had started to fade. 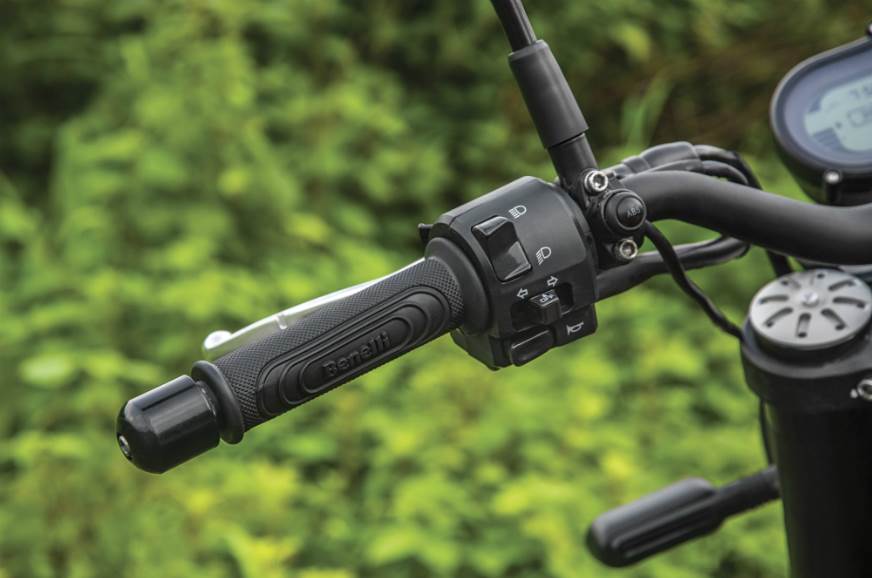 The dual-channel ABS can be switched off completely.

King of the jungle?

The Leoncino is Benelli’s iteration of a scrambler, but the Trials variant (not available in India yet) fits that bill much better than this Standard variant. The 17-inch alloy wheels and a ground clearance of 160mm aren’t what you’d find on a motorcycle meant to tread over the path less taken and shred through dirt. The road-biased Pirelli Angel ST tyres don’t help either – the front is a wide 120/70 section, while the rear is 160/60. 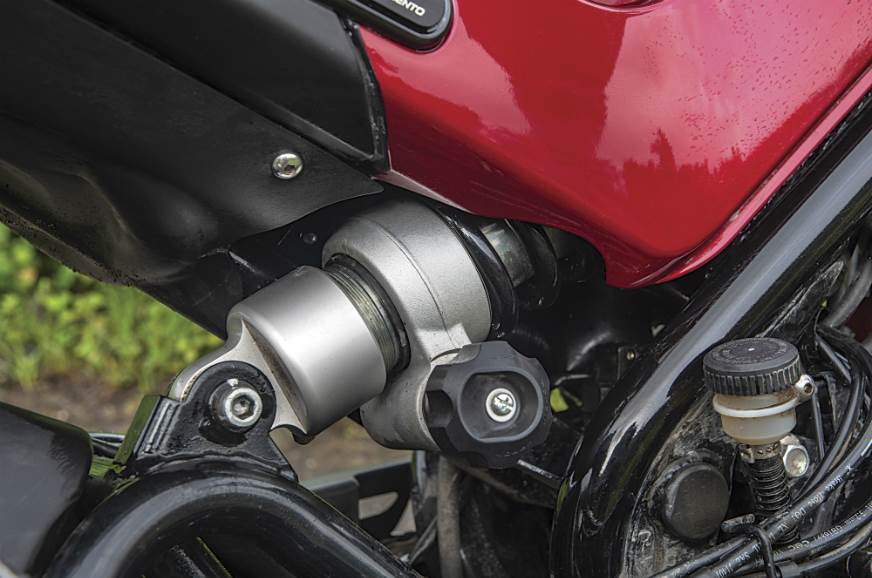 This, in combination with a massive 50mm front fork (as thick as the one on the Ducati Diavel), result in a heavy front end, one that takes a bit of conscious effort to turn. The rear suspension, meanwhile, is a preload- and rebound-adjustable monoshock unit. The preload on the monoshock can be adjusted by simply turning an easily accessible large knob on the side of the monoshock. This allows you the freedom and ease of playing around with it without the use of any tools and making changes in a matter of seconds. The ergonomics of the Leoncino are in line with what you’ll see on other modern day ‘scramblers’ – a wide, flat handlebar and a low seat height with an upright riding position.

These ergos offer great leverage, which helps getting the bike to turn into a corner. Once leaned over though, the bike feels at ease. Wider rubber means more contact with the road surface, and so carrying speed while leaned over feels more natural and stable. While it isn’t the most agile to flick from side to side, the changes in direction do feel satisfyingly deliberate and precise.

Moving on to the engine, the 500cc in-line twin is the same seen on the TRK 502 twins and produces 47.5hp and 46Nm of torque. The power delivery is gradual and the motorcycle builds revs rather lazily until the near-8,000rpm redline. This, however, doesn’t have a direct correlation to the bike’s performance as the Leoncino gains speed rather quickly; highway cruises at 130kph could also have been a breeze. I say ‘could’, because rather ironically, the lack of any sort of wind protection means you’ll find yourself fighting the wind above 120kph. If you can hold on, top speed should be just above 170kph. My only issue with the powertrain was that the clutch feels quite heavy, and crawling in traffic is a proper workout for your forearm. 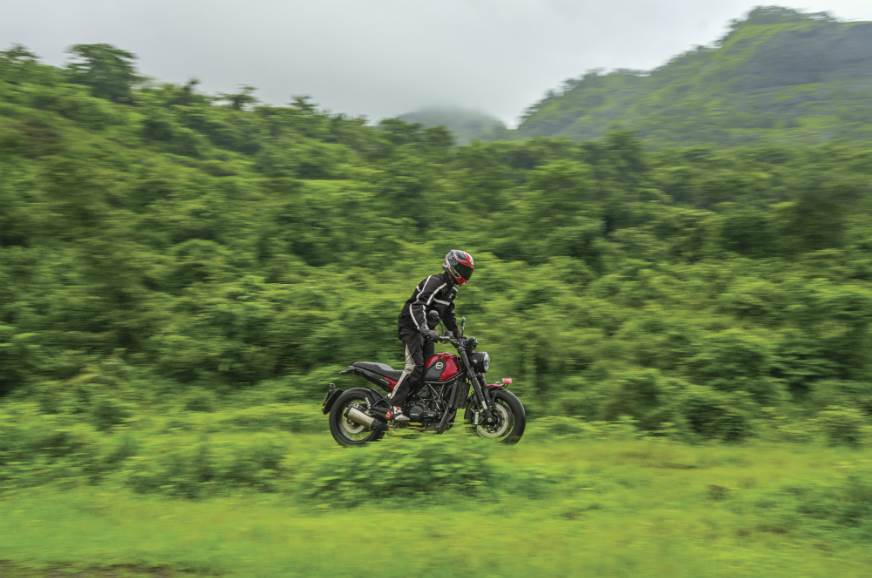 Now, onto the brakes – some of the best we’ve experienced on more affordable performance motorcycles. A sub-15m stop from 60kph is something we don’t see too often, here at Autocar; but given how sharp the ones on the Leoncino are, it didn’t come as a surprise. The front brake is so sharp that modulating the lever, especially in traffic, takes some getting used to. Something else you will appreciate about the brakes is that the dual-channel ABS can be turned off fully – which isn’t advised, from a safety perspective, but it’s something that results in added fun and freedom off-road.

A matter of pride

The Leoncino is a long way from being a perfectly put-together motorcycle. However, I came to realise that for everything it lacked, there was something else that compensated for it. A wide, flat handlebar gives you great leverage, balancing out the heavy front end. For what it lacks in outright performance, it makes up for with a laid-back personality that you grow to admire. And for everything else, there’s that sweet exhaust note. 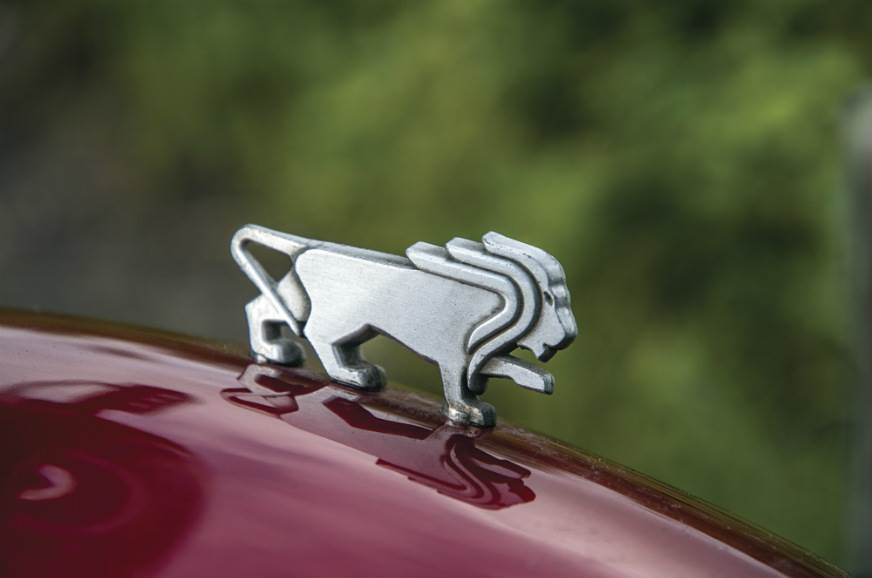 The lion ornament also seen on the original..

The Leoncino is one of those motorcycles that reiterated the fact that riding a motorcycle is a combined effect of multiple-sensory experiences, and with aural stimuli as good as this one, you’re biased to forgive the shortcomings on the other fronts. That exhaust note alone will generate sales.

If I were to recommend that you buy the Leoncino, it wouldn’t be for what it has to offer on paper, but for the way it makes you feel. There’s nothing that it’s exceptionally great at, and there’s nothing like it at the price point in our market. The Leoncino excels at many things buyers in this segment are after – it’s comfortable, easy to ride, looks good and sounds great. The company has even worked on lowering aftersales costs and is now providing a five-year warranty, which is a big confidence booster.

Having said that, something I can’t seem to look past is the dismaying quality levels. For Rs 4.79 lakh, you’re paying a premium price, and premium levels of finish are expected. If Benelli can improve on that, the Leoncino is an experience that I would relive and recommend, without a second thought.