We take a look at how Yamaha’s latest 110cc commuter stacks up against its competitors in the segment. 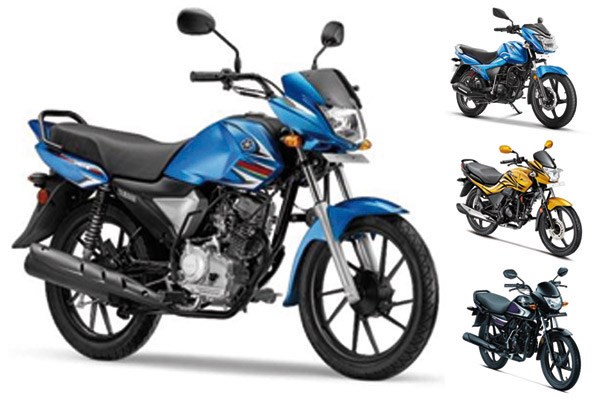 Yamaha has added a new model to its Saluto range, with which it has also revived its legendary RX badge. However, the Saluto RX, unlike its wheelie-happy predecessor, is Yamaha’s bid to achieve big sales numbers in the hotly contested 110cc commuter space. It rivals the likes of the Honda Dream Neo, Hero Passion XPro and the recently launched TVS Victor. While you cannot choose the pick of the lot without a head-to-head battle, here’s how Yamaha’s latest offering fares against the competition on paper.

The Saluto RX’s 110cc single-cylinder motor generates 7.5hp of power and 8.5Nm of torque, both of which are the lowest outputs in this comparison. The TVS Victor on the other hand produces the healthiest outputs of 9.6hp and 9.4Nm from its 109cc engine. The Hero Passion XPro’s 109.1cc engine cranks out 8.7hp and 9.36Nm, while the Honda Dream Neo’s 109.2cc motor delivers 8.36hp and 8.63Nm of torque. All four bikes transmit power to the rear wheels via a four-speed transmission.

On the measuring scales (Dimensions)

Both the Yamaha Saluto RX and TVS Victor run on 17-inch wheels, while the Honda Dream Neo and the Passion XPro are shod with 18-inch wheels.

While these measurements aren’t going to be deal-breakers for commuter-bike buyers, there are some measurements that could be. For instance, the Saluto RX at 98kg is the lightest, and hence, should find itself at an advantage in terms of performance and efficiency. Furthermore, its lightweight body would be better suited for a first-time bike buyer than the Passion XPro that tips the scales at 113kg, or a Victor that weighs 112kg. Honda’s Dream Neo weighs 107kg.

When it comes to going the distance, a size that matters is that of the fuel tank. The biggest one in the comparison, at 9.5 litres, belongs to the Hero. Both the Honda and TVS can hold a maximum of 8 litres, while the Saluto RX’s comes in last with a 7.2-litre tank.

All numbers considered, the biggest clincher in this segment is the price tag the bikes come with. Priced at Rs 46,400, the Saluto RX is the most affordable bike among the competition. It gets an electric start and alloy wheels as standard. However, there’s no option for a disc brake-equipped variant. Following the Yamaha is the Honda Dream Neo, which at Rs 49,454 offers electric start, alloy wheels and drum brakes. The Honda too misses out on a disc brake-equipped variant. Next up is the TVS Victor, which is priced at Rs 49,490 for the drum brake variant and Rs 51,490 for the disc brake variant. Both get alloy wheels and electric start as standard features.

For a spanking new Hero Passion XPro, you’ll have to shell out anywhere between Rs 49,525 and Rs 54,500. The bare-bones base variant is kick-started, spoke-wheeled and gets drum brakes, while the top-end model gets electric start, disc brakes and alloy wheels. Intermediate variants add alloy wheels, and subsequently disc brakes into the bike’s kit list.