The R15 V3.0 is wider and taller than before but with a shortened wheelbase; gets a 19.3hp, 155cc, single-cylinder, fuel-injected engine. 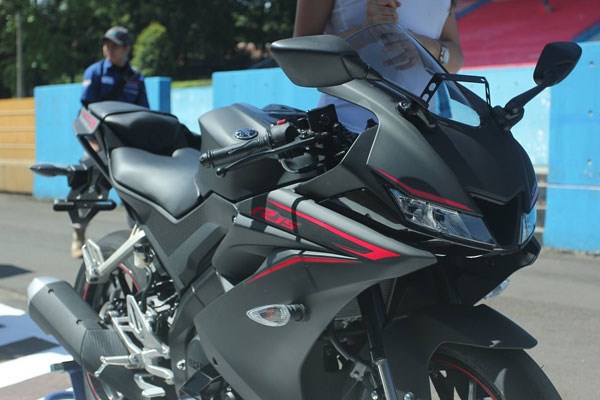 Yamaha has revealed the new R15 V3.0 at an event in Indonesia. The new bike gets a noticeable change to styling along with the inclusion of some first-in-segment features. It has also grown in size as compared to the R15 V2.0 that's currently on sale in the country, but with a shorter wheelbase. The bike also features an all-new engine that makes it one of the most powerful bikes in the 150cc segment.

The styling of the R15 in line with the previous-generation YZF-R6, and we can't help but feel that there's a slight tinge of a Honda Supersport design in there. The front fascia is entirely new and features angular LED headlamp units separated by a central vent. The fairings have also been tweaked, while the fuel tank is at 11 litres as against the V2.0’s 12 litres. And, unlike its predecessor, that had an analogue tachometer, the V3.0's instrument cluster is now fully digital.

The bike also sits on meatier 100/80-17 and 140/70-17 tyres at the front and rear, respectively. Handling the suspension duty on the new R15 V3.0 is a new upside-down fork at the front, while the rear caries on using a mono shock. The new suspension setup should make for an even better handling package. Yamaha has also included a slipper clutch for faster gearshifts.

Yamaha is expected to bring the new R15 V3.0 to India sometime later this year, and while we haven't received information on the changes that will be carried forward from the international bike, it is likely to be priced competitively.