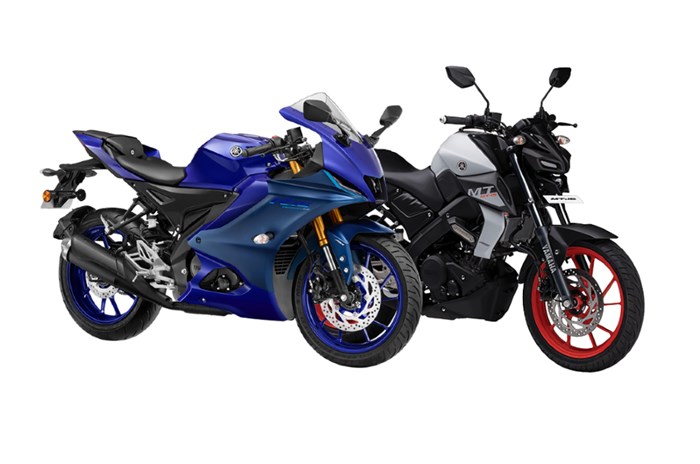 The company says it needs to replenish inventories of popular products, such as the YZF-R15 and MT-15.

Yamaha has said that the present semiconductor crisis has hit its Indian operations at a time when sales of premium motorcycles are on an upswing. “India is allocated only a small percentage of our total semiconductor distribution and that is also a factor,” the leadership team in Japan told analysts recently as part of the Q&A session following the third quarter (July-September) results. “We must quickly replenish inventories of popular products, such as the YZF-R15 and MT-15.”

“In India, inventory levels for our scooters are normal and sales are relatively good, but we have an insufficient number of motorcycles in stock,” the team pointed out.

Sorting out the problem quickly remains the biggest challenge for all automakers and, in the case of Yamaha, it will be extra keen to get going quickly since India is its most critical market going forward, even ahead of traditionally successful bases like Indonesia.

Further, the company has already tightened glaring loopholes of the past where it really had no clear-cut strategy on the kind of products planned for the subcontinent. Today, it is categorical about the focus on the premium space in India which reflects the true Yamaha DNA and is also a profitable option.

Unfortunately, it is this product category that is in dire need of semiconductors and the wobbly global supply chain is doing little to alleviate the crisis. Suppliers in Malaysia, Taiwan and Japan have had their own challenges in terms of rising Covid-19 cases as well as natural disasters which have severely affected chip output at their facilities.

The situation is limping back to normalcy, but nobody really has a clue when normal supplies will resume, with pessimists of the view that it will stretch into a large part of 2022. Further, fears of a third wave could dampen sentiment as is evident in Europe where cases are rising rapidly in countries like Germany. Should this play out in emerging markets like India, things could get trickier for manufacturers.

As the Yamaha top management said at the Q&A session, “A major factor will be how the resurgence of Covid-19 cases in emerging markets develops. If we assume there is little to no impact from the resurgence, demand remains strong in Indonesia, India, the Philippines and Thailand.”

According to the company, the ratio of premium model sales in emerging markets as a whole has been gradually rising, but they require a large number of semiconductors and have, therefore, been acutely affected by the component shortage. “Although we do not have a concrete timeline for settling the parts procurement shortage, we believe we are currently facing the worst stage of the situation,” said Yamaha.

This may not be the most encouraging news to the Indian arm especially at a time when it has put its house in order and is now eyeing the next phase of growth. The good news is that the chip crisis has hit all manufacturers – to that extent nobody has really been singled out for harsh treatment and everyone is in it together.

The problem in the case of Yamaha Motor India is that the portfolio is largely premium two-wheelers which need semiconductors unlike other two-wheeler players which also have basic commuter models in their kitty as a fallback option. Yet, this is of little solace either since it is this entry-level segment that is facing severe headwinds with its core buyer base reluctant to buy them, thanks to a high price tag following a slew of levies.

What is even more disconcerting for Yamaha globally is that the chip crisis has also affected its other businesses like marine products and robotics. In the case of outboard motors, for instance, the shortage of semiconductors and other parts “is affecting the production of all our products”, even though the company “somehow managed” to supply the market with the necessary volumes.

As for robotics, “we are selling surface mounters as fast as we can produce them”, but there is the problem of procuring semiconductors and other parts. “However, we are starting to get a better picture on semiconductor supply in the next fiscal year and onward, so we want to take sales up another notch,” added the leadership team.

All in all, Yamaha’s third quarter performance was aided by favourable exchange rates and strong performance across all products and market regions. Despite production constraints, the company “worked hard” to adjust product allocations and supply high-profit offerings to high-profit markets.

Consequently, “we were able to end the period with considerably higher figures than we originally expected”. Thanks to continuing strong demand, it was also able to “greatly curb” sales-related expenses across businesses. Yet, the top management is only too aware that it is not going to be a cakewalk for the remainder of this calendar year.

“For this fourth quarter, we still face challenges with parts procurement and expect production at the originally predicted level to be difficult,” it said. In addition to the impact of rising raw material costs, labour costs are also soaring, it stated, while reiterating that “we do not believe things are particularly bad” compared to an ordinary fourth quarter.

There has also been a lot of hard work involved in increasing marginal income, curbing expenses and raising profits. “We also examined ways to absorb rising raw material prices as much as possible, worked to improve the model mix with measures, such as the land mobility business’ premium segment strategy and engaged in other activities to raise marginal income,” said the management team.

On the other hand, it “strove to cast off past business practices” and reduced sales promotion expenses, made real-world sales promotions more efficient by using remote access and the like in an effort to curb costs. This has had a major impact on improving return on sales at all subsidiaries.

“If inventory levels normalise from the next fiscal year onward and real-world activities become possible again, there is the possibility that these expenses will rise to some extent – but we believe that they will drive scale increases, model mix improvements and other factors even further,” the company has maintained.

What is yet to be finished, however, is the task of returning to profitability with motorcycles for developed markets. “We were able to maintain profitability through the third quarter of this year, but have reduced production significantly for the fourth quarter,” said Yamaha.

The company has not met market demands due to the ongoing shortage of semiconductors and if the situation remains unchanged, “we expect to record a slight loss in the fourth quarter.” There is the possibility of ramping up production next year more than this year’s levels and assuming the current exchange rates continue, “we think we will be able to achieve profitability”.