TVS has registered the Zepplin name that was used for a cruiser motorcycle concept shown at the 2018 Auto Expo. 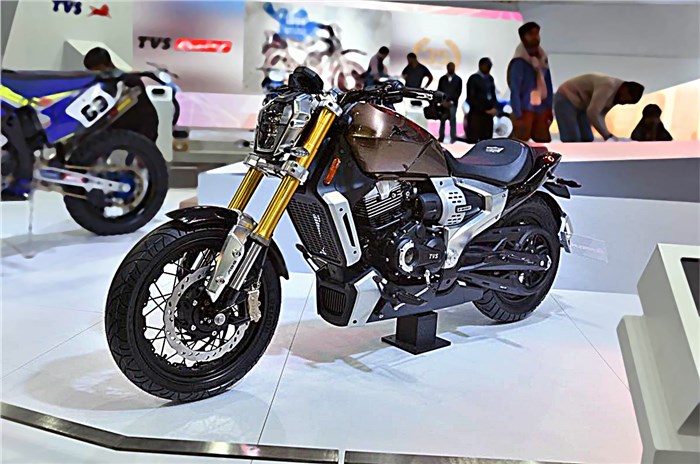 The TVS Zepplin power cruiser may be one step closer to reality, as the company has recently registered the Zepplin R name.

The TVS Zepplin was a power cruiser concept first shown off at the 2018 Auto Expo. The Zepplin name was first registered back in June 2018, but TVS has now registered a new Zepplin R name on November 2, 2020. 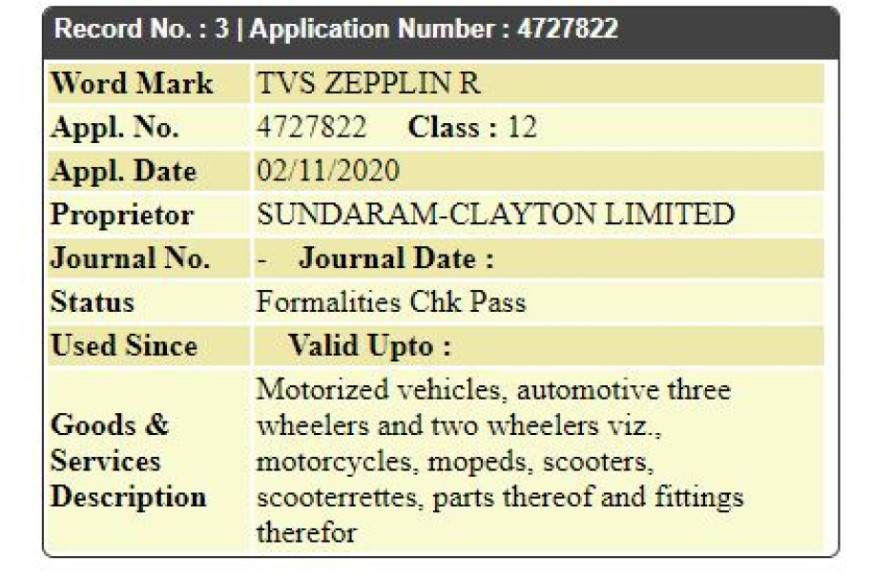 This was a power cruiser concept that had a number of unique elements, chief among which was a patented Integrated Starter Generator system. This was a similar concept to Maruti’s SHVS mild-hybrid system, but designed for a motorcycle. Beyond that, the Zepplin concept had an e-boost function that claims to briefly increase performance via a 1,200W regenerative assist motor, powered by a 48V Li-ion battery. The bike had a claimed top speed of 130kph.

Other interesting elements were a USD fork, belt drive and a 220cc single-cylinder engine (a first for the company) with claimed figures of 20hp at 8,500rpm and 18.5Nm of torque at 7,000rpm.

Will the TVS Zepplin launch in India?

With the second registration of the name, it looks increasingly like TVS plans to bring this motorcycle into production. However, what form the production bike will eventually take is quite intriguing. On the one hand, if TVS wants to take on the popular Bajaj Avenger series of motorcycles, it makes sense for this to be a relatively simple motorcycle without any features like the hybrid system, USD fork and belt drive.

However, TVS has frequently been the first to offer new technologies in the Indian market, most recently being the 2020 TVS Apache RTR 200, which was just launched with preload adjustable suspension and riding modes.

TVS has no heritage with pure retro style motorcycles and the R in the recently registered name suggests that the Zepplin too might have a sporty flavour. Some features like the USD fork may remain, but the belt drive system is unlikely to make it to production given that it's far more expensive than a chain drive, and not as conducive to dusty riding environments like ours.

As for the hybrid drive system, it’ll be interesting to see what decision TVS takes there. Would you like to see a hybrid system in a power cruiser from TVS and how much would you be willing to pay for it? Let us know in the comments.