The TVS Ntorq 125 SuperSquad Edition sports colours are based on your favourite Marvel Avengers heroes and cost Rs 5,000 more than the standard model. 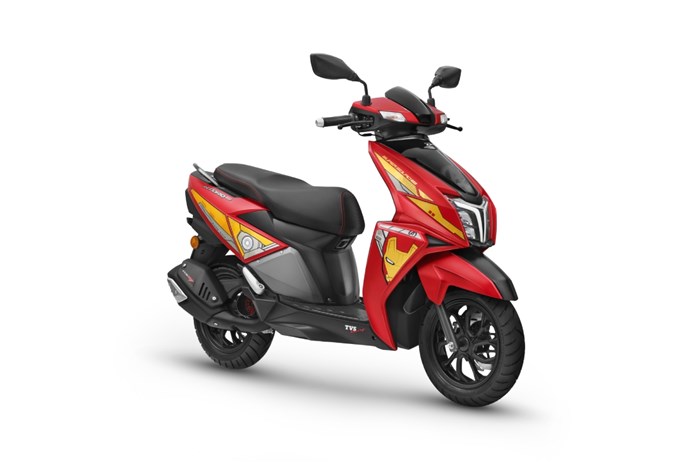 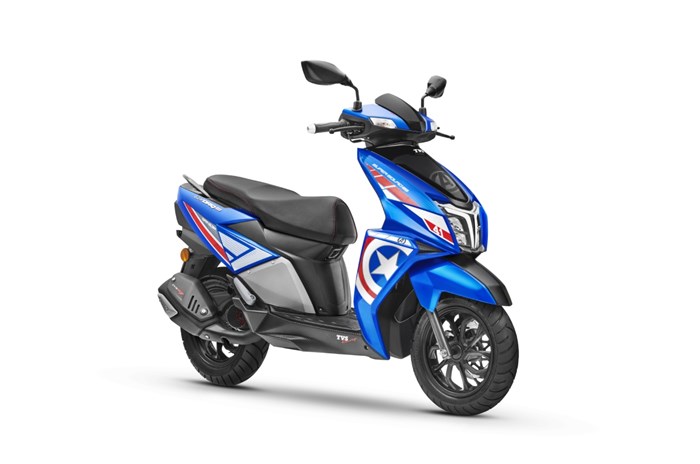 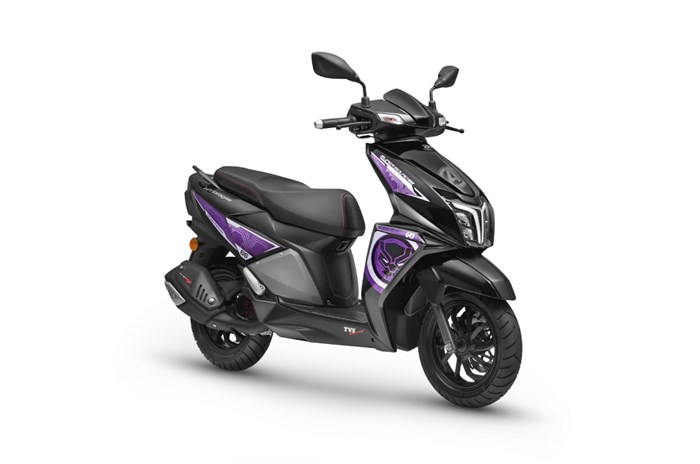 These funky new scooters are dubbed the TVS Ntorq 125 SuperSquad Edition and will comprise three new offerings, namely Invincible Red, Stealth Black, and Combat Blue. If the names haven’t given it away already, the three graphic schemes have been inspired by Iron Man, Black Panther, and Captain America, respectively.

The Ntorq 125 SuperSquad Edition scooters are mechanically identical to their standard variants and the differences are solely cosmetic. For instance, all three variants feature the iconic Avenger’s ‘A’, prominently placed on the front panel and below the speedometer. The scooters also get the LED headlight from the Ntorq 125 Race Edition. Here’s what else they have to offer:

The Stealth Black scheme is Inspired by Black Panther. This scooter features a black base colour with purple accents. Some intricate details include the signature ‘Wakanda Forever’ salute symbol and a number 66, denoting the year the character was introduced in the Marvel Universe.

Inspired by Iron Man, the colour scheme replicates the iconic red and gold colourway. The sides of the front apron feature the Iron Man helmet while the rear panels have decals of the arc reactor. Enthusiasts will also notice the Mark XXIX encryption on both panels which signifies Fiddler, Iron Man’s 29th suit, along with the number 63 indicating the year (1963) when the character was first introduced.

Wearing Captain America’s blue, white and red colour, this scooter stays true to the First Avengers’ character. It sports the number 41 to signify the year (1941) when Captain America was introduced in the Marvel Universe and his shield at the front of the scooter. The side panels also feature a ‘Super Soldier’ sticker.

What’s also worth noting is that the TVS Connect App of the SuperSquad Edition scooters will come with a customised UI, inspired by the characters. The app opens with a silhouette of the respective characters and then important elements such as Captain America’s shield, Iron Man’s suit and Black Panther’s eyes along with the character crest are consistent across the app interface.

Would you put in the extra money to get your hands on these funky colour schemes? Let us know in the comments below.