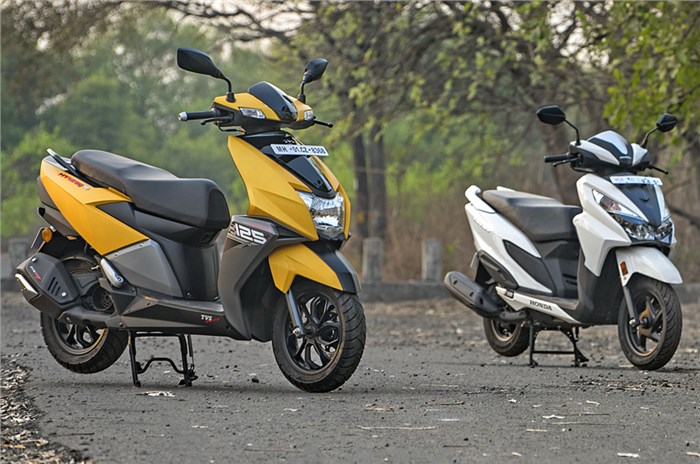 When it comes to two-wheelers, scooters are showing a new aggressive face of sales. Importantly, entry-level 100cc scooter buyers are gradually moving to 125cc albeit at a slow pace.

The segment leader, the Suzuki Access 125, has reported sales of 36,596 units last month, thereby registering a YoY growth of 36.66 percent. Notably, the Access 125 is the largest selling scooter for Suzuki Motor Corporation globally and its demand in India is driving global volumes for the company’s two-wheeler division. While Suzuki aims to sell about 700,000 units of the Access 125 this fiscal, TVS Motor has a rather conservative sales target of about 200,000 units for its NTorq scooter.

The Honda Grazia, whose target numbers remain undisclosed, had sold more than 100,000 units in less than five months of its launch in November 2017. Industry data suggests that the Honda Grazia has registered cumulative sales of about 77,000 units in the April-July 2018 period.

In the Top 10 scooters list for July 2018, while the Suzuki Access 125 has ranked as the third bestselling scooter (rising from fifth position in July last year), the TVS NTorq and the Honda Grazia take seventh and eighth positions respectively.

Following the Suzuki Access 125 closely is Honda’s evergreen Dio with sales of 35,709 units. However, sales of the Honda Dio, has reduced by 6 percent YoY. This can be attributed to the increasing competition in the scooter market with new value-for-money offerings such as the TVS NTorq.

The Hero Maestro stands at the fifth position with sales of 22,879 units in July, down by a sharp 43 percent YoY. The Maestro will soon see a new 125cc variant added to its umbrella, hopefully in the incoming festive season. The company aims to place its products in the fast-growing category with two scooter models, one of which will be called the Maestro Edge 125. 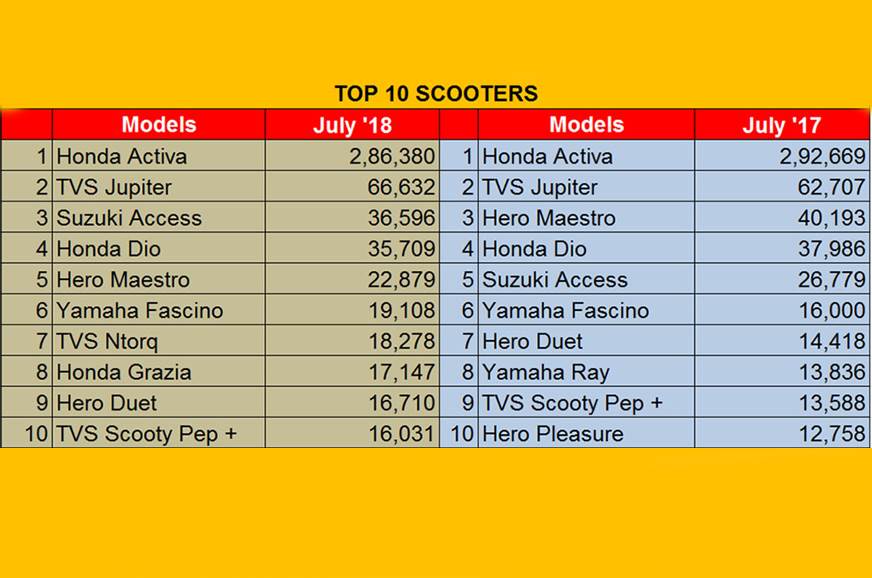