Lighter and more powerful than the Thruxton R, this is the new performance cafe racer in Triumph’s line up. 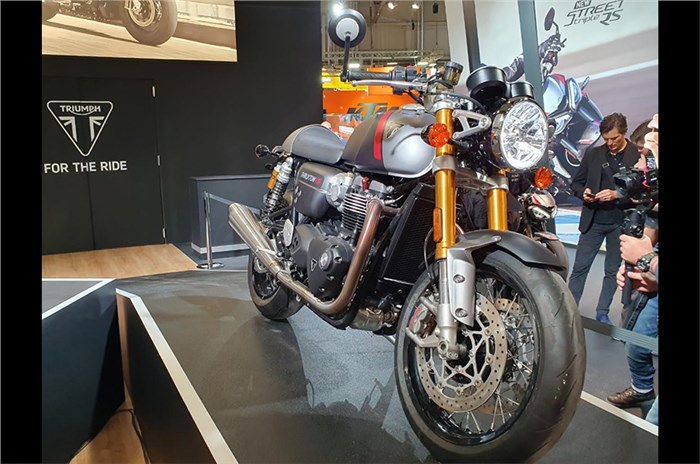 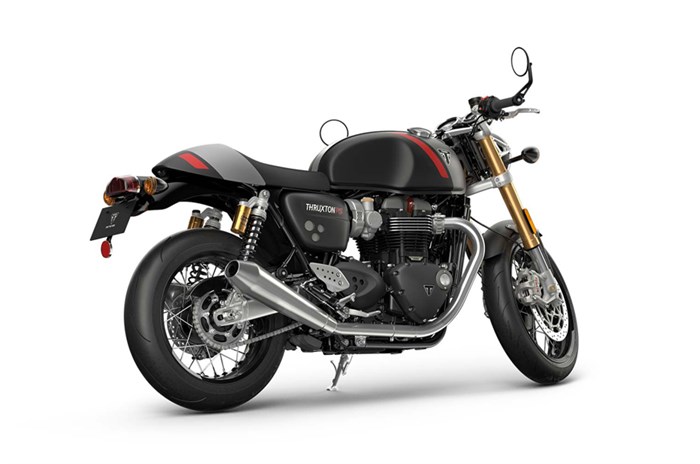 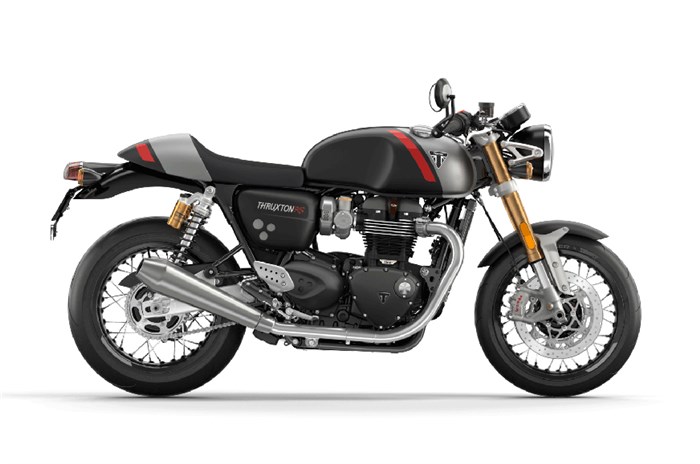 The Thruxton RS features several visual tweaks to distinguish it from the R variant, as is evident from the blacked-out engine and cam covers, as well as anodised black wheels. The fuel tank bears a brushed-paint job with the Triumph logo taking pride of place. A short red stripe contrasts against the light and dark grey, two-tone paint job on the tank, and you can see a similar effect on the tail cowl (fitted as standard) as well. A brushed-aluminium strap runs along the centre of the tank while a Monza style fuel-filler cap is reminiscent of old-school motorcycles. Triumph says the Thruxton RS’ cafe racer focus is also apparent by the single seat, Daytona foot pegs and 22mm clip-on handlebars.

The new Thruxton RS’ 1,200cc engine not only meets but also exceeds Euro5/BS6 norms. It produces 8hp more than the Thruxton R’s motor while peak torque arrives lower in the rev range. The engine belts out 105hp at 7,000rpm and 112Nm of torque at 4,250rpm (700rpm below the R’s motor). Triumph says they’ve managed to increase power by using high-compression pistons, revised ports and cam profile, as well as a secondary air system. The engine is also lighter by means of a lightweight crankshaft, clutch cover, magnesium cam cover and thin-walled engine covers. It is hence more responsive and sees a 20 percent reduction in inertia, and it also revs quicker, with the redline sitting 500rpm higher than before. The motor is paired to a 6-speed gearbox with a torque-assist clutch that reduces the effort while changing cogs.

The Thruxton RS gets three riding modes – Road, Rain and Sport – with each featuring a dedicated throttle map and traction control setting, which isn't part of the R’s electronics suite.

The Thruxton R is highly regarded for its handling prowess and Triumph has taken this a step further in the range-topping Thruxton RS. Complementing the sporty chassis is a Showa BPF fork at the front and twin Ohlins Piggyback shocks at the rear. The RS also gets race-spec Metzeler tyres for additional grip.

Braking duties are handled by Brembo M50 Monobloc calipers at the front and a Nissin two-pot caliper at the rear.

We expect Triumph to introduce the Thruxton RS in India shortly after the international launch.