Triumph Daytona Moto2 765 to be revealed on August 23

Triumph will only make 765 units of the Daytona Moto2 765 limited edition. 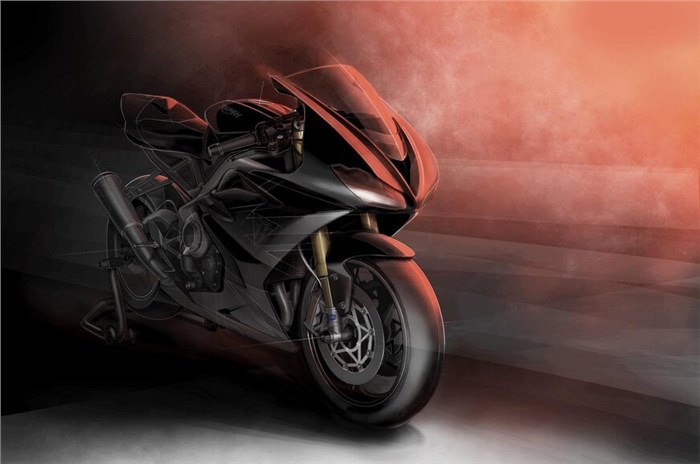 Triumph has just revealed that it will reveal the much-awaited, next-generation Daytona on August 23, 2019. However, this particular model will not be a mass-production one; instead a limited-run (765 units) Daytona Moto2 765 will be shown.

The British motorcycle manufacturer has said that the new Daytona is “going to be the closest you can get to a genuine Moto2 factory ride for the road”. The bike will also use “a new Moto2-derived 765 engine delivering the highest ever power and torque figures seen on a Daytona”. For reference, Moto2 bike’ engine puts out “more than 140hp”, which means we should see this model produce close to the 130hp mark.

The teaser image Triumph has revealed also shows that the front end is slightly redesigned with small changes near the headlights. The tail, meanwhile, has gone through a significant redesign, when compared to the Daytona 675, but the design outline of the bike remains more or less unchanged. The bike also appears to be running Arrow’s Pro Race exhaust. One can also expect the Daytona to be equipped with track-focused suspension, brakes, tyres and electronics.