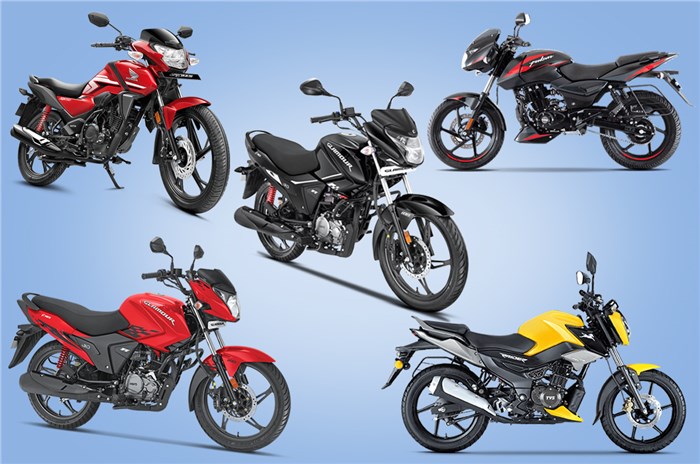 From Bluetooth connectivity to LED lighting and stop-start systems, all these features are now available under Rs 1 lakh.

With every passing month, technology continues to trickle down the ranks and feature on more affordable motorcycles. We round up five most feature-rich motorcycles under Rs 1 lakh in India.

At Rs 99,418 (ex-showroom, Delhi), this Pulsar just about fits under our Rs 1 lakh mark. And while it may not have flashy LED lighting or cutting-edge Bluetooth connectivity, one very important feature that it does get is ABS, by virtue of its displacement. Even a single-channel system, such as the one on this Pulsar, can be a life-saver in an emergency braking situation, and while the Honda Unicorn also gets ABS, it has to make do with fully analogue instrumentation unlike the Pulsar’s semi-digital design.

While its more feature-packed Xtec variant is the bike that tops this list, the standard version of the Glamour isn’t exactly spartan either. It actually packs in a rather important feature that the Xtec misses out on – Hero’s i3S stop/start system. It also gets an anti-stall feature, called AutoSail, as well as semi-digital instrumentation.

As Honda’s premium 125cc offering, the SP 125 is quite well equipped. It’s the first bike on this list to feature an LED headlight, and other premium features like fully digital instrumentation and an ACG silent start system.

The latest entrant to the 125cc segment is the TVS Raider 125, which has made quite a splash, partly thanks to its rich features list. Like the Honda above, it not only gets fully digital instrumentation, but actually packs in a multi-colour LCD display compared to the SP’s monotone unit. The Raider gets LED headlight and tail-lamps and is the only bike on this list to feature riding modes. That’s not all, you also get a silent-start system as well as a stop/start system, a USB charging slot and even underseat storage!

Sitting atop this list is the only motorcycle under Rs 1 lakh to get Bluetooth connectivity. And it isn’t a basic system either. It even features turn-by-turn navigation backed by Google Maps. The instructions are displayed on its fully digital LCD instrument cluster. Other noteworthy features include an LED headlight, a USB charging slot and the AutoSail stop/start system.