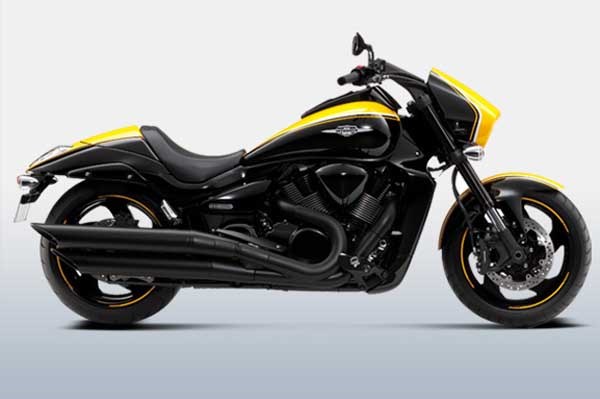 The Intruder M1800R B.O.S.S special edition is now on sale in India.

Suzuki Motorcycle India adds the special edition Intruder M1800R B.O.S.S edition to its existing line-up in the country. Suzuki already offers the GSX-R1000 / Z, Hayabusa / LE, Bandit 1250SA, Intruder M800 and M1800R in the Indian market and has tasted a fair amount of success. This B.O.S.S edition comes in a two tone yellow and black paint scheme. This Intruder’s engine, exhaust and 5-spoke alloy wheels are finished in black.