SCOOP! 2018 Bajaj Avenger to get a substantial update 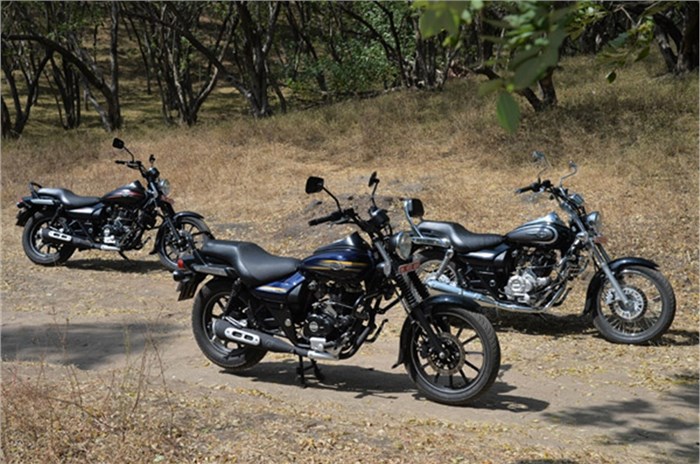 Refreshed Avenger to sport updates like a digital instrument pod to name a few.

This is the year of refreshes for Bajaj, and the most substantial of these will be the new Avengers. The Bajaj Avenger is currently available with two powertrain options – a 150cc and a 220cc – and three variants, Street (150, 220) and Cruise (220 only).

For 2018, Bajaj will overhaul the Avenger range with substantial updates in all aspects, including looks, features and specifications. In the wake of the Suzuki Intruder, which, at Rs 98,340 (ex-showroom, Delhi) is priced substantially higher than the current crop of Avengers, Bajaj intends to make the Avenger an even more value-for-money proposition than it is at present.

The Avenger 220, which is the higher-selling model in the Avenger range, is expected to get the more prominent of 2018 updates, such as a digital instrument pod, LED DRLs, a flush-fitting fuel-tank cap, a revised seat on both versions (with the 220 expected to get a plush split-seat), a new grab rail and sissy bar, and revised Avenger insignia as well. It is unclear whether Bajaj will equip both Avengers with ABS, though the 220 is very likely to get a single-channel unit in this update. The 150 will also get updated but not to the same spec as the 220, which will allow Bajaj to create a clear price distinction between the two popular motorcycles.

Bajaj has also finally revised the Avengers’ bodywork – a long overdue move, considering the overall design has remained unchanged since the introduction of the Kawasaki Eliminator in 2001. That said, it will retain its classic silhouette rather than opt for the outlandish route Suzuki has taken for its Intruder.

The new Avengers will be launched in the first-half of January, alongside other refreshes such as the Dominar with its new paint schemes. At present, the Avengers retail for Rs 81,459 (Street 150) and Rs 89,690 (Street/Cruise 220; ex-showroom, New Delhi) and while Bajaj will charge a premium for the updated Avengers, they will still be priced competitively enough to undercut the Suzuki Intruder.