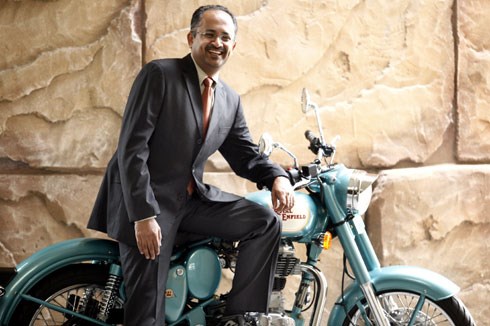 While Royal Enfield may be struggling to meet demand for its existing model line-up, it has not stopped planning for the future. Speaking at the Progressive International Motorcycle Show in New York, Royal Enfield CEO Dr Venki Padmanabhan revealed plans of a new model sporting an all-new parallel twin engine with displacement in the region of 650-700cc.

Moreover, the Chennai-based bike maker also plans to launch a diesel powered motorcycle likely to be called the Himalayan Touring within the next three years. A cafe` racer on the Bullet platform is already on the cards for a 2012 launch.

Royal Enfield had earlier revealed plans to increase capacity to 1,00,000 units at its existing plant by 2012. The strategic decisions are intended to allow the veteran manufacturer to enhance its appeal in an ever-increasing niche bike market that has also seen the entry of American giant Harley-Davidson and more recently Hyosung with the ST7 cruiser.