This scooter could be the disruptor that gives the two-wheeler EV space a big boost. 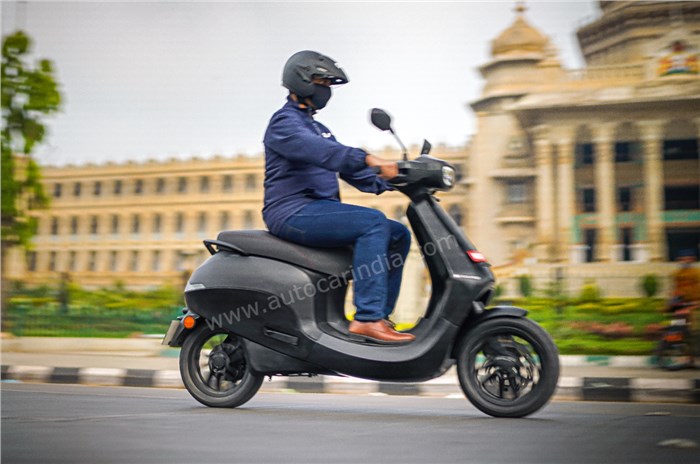 Over the past year, Ola Electric has been revealing regular snippets of information about its upcoming electric scooter and we can now report that the scooter is likely to be launched in July 2021.

The latest tweet from Bhavish Aggarwal of Ola shows him riding an uncamouflaged Ola electric scooter that looks production ready. The tweet carried the words, “ready or not, a revolution is coming”, signifying that the launch is near. We now believe the company is working towards launching the scooter in the second half of this month.

The scooter itself is based on the Etergo Appscooter - a Dutch start-up company that Ola acquired in 2020. The company says that it has since heavily revised this platform to offer more performance, better range as well as improved technology. Ola claims that it will have segment leading performance and range figures, although actual specifications are not yet out.

The Ola Electric scooter gets the same single telescopic front suspension as seen on the Etergo, but it will likely be tweaked for our riding environment and also to keep costs low. The scooter claims to have the largest in class boot space and it has a sleek looking twin-pod LED headlamp that is encased within an LED strip.

Ola has revealed that the scooter will come out of a brand new manufacturing facility in Tamil Nadu that will have an initial capacity of two million units. Such levels of scale will allow the company to price the scooter aggressively, and Ola is targeting premium 125cc petrol powered scooters with the pricing.

The company has also revealed that it has plans to create the largest and most dense charging network in the world, for India with 1 lakh charging points over 400 cities.

How many cities will the scooter be available at during launch is unknown at the moment, but expect a larger scale launch than we’ve seen from the likes of Ather, Bajaj and TVS so far.