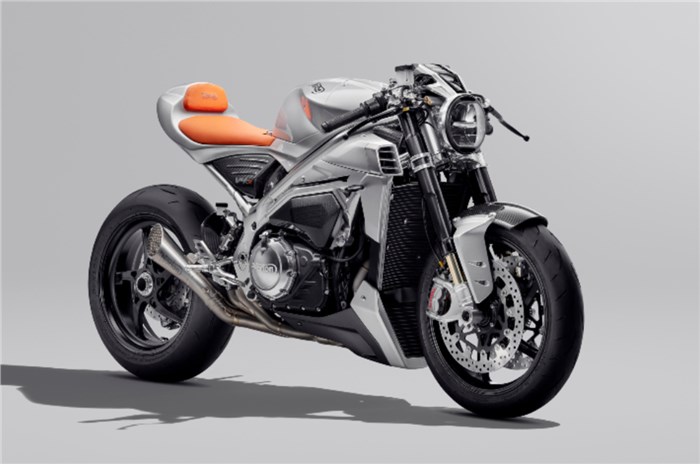 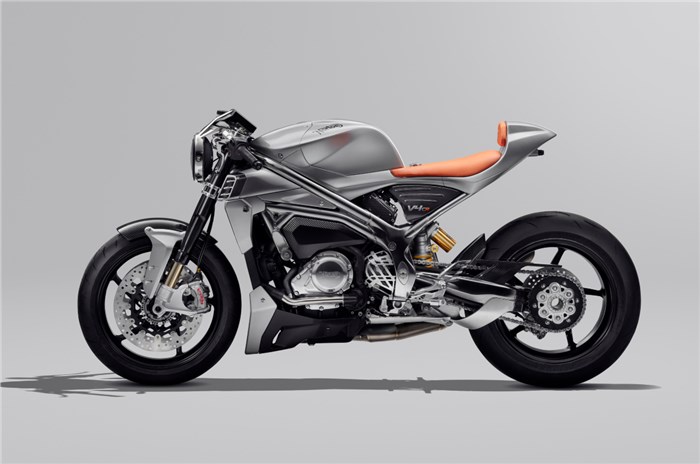 The Cafe Racer prototype is based on the same platform as the V4SV superbike.

TVS-owned Norton Motorcycles had recently showcased the updated V4SV superbike and now the company has revealed a prototype of a Cafe Racer based on the same motorcycle.

Ever since the British bike maker Norton Motorcycles came under TVS ownership in April 2020, the company’s focus was on fixing many of the serious flaws within the V4 Superbike, which resulted in the recently unveiled V4SV. This new V4CR seen here is the first new product showcased under the new ownership.

The fact that Norton calls this motorcycle a prototype rather than a concept means that it will be making it to production sometime in the future. Like the V4SV superbike, the Cafe Racer is also a hand-built motorcycle that uses exotic componentry and will command an exotic price; the company hasn’t commented on prices for its new bikes yet.

The Cafe Racer’s fuel tank and body panels are made from carbon fibre while the swingarm and chassis are polished billet aluminium units. Its 1,200cc V4 engine is in the same state of tune as the SV and produces 185hp of peak power. Norton  hasn’t revealed any other details just yet, but the images show the bike running premium Brembo brakes and what appears to be Ohlins suspension.