The new S1000RR gets cosmetic tweaks and added equipment; to be compliant with Euro V emission norms. 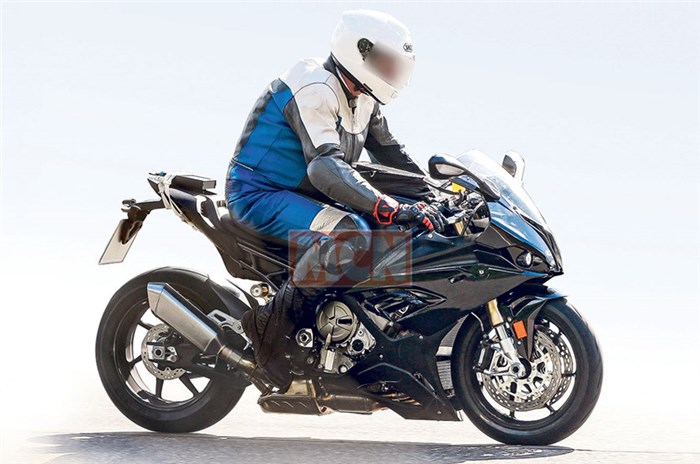 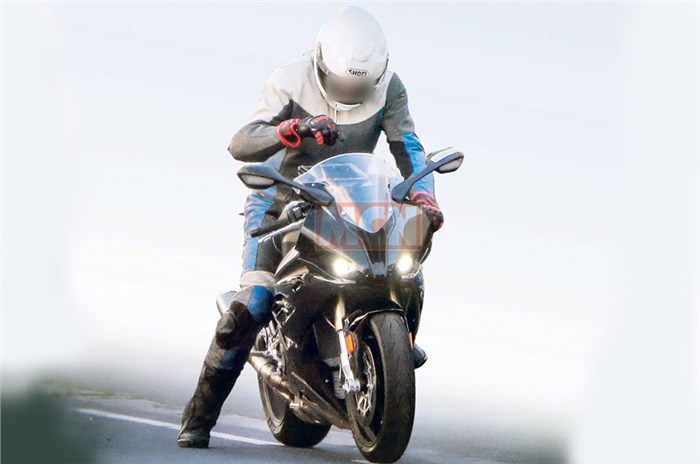 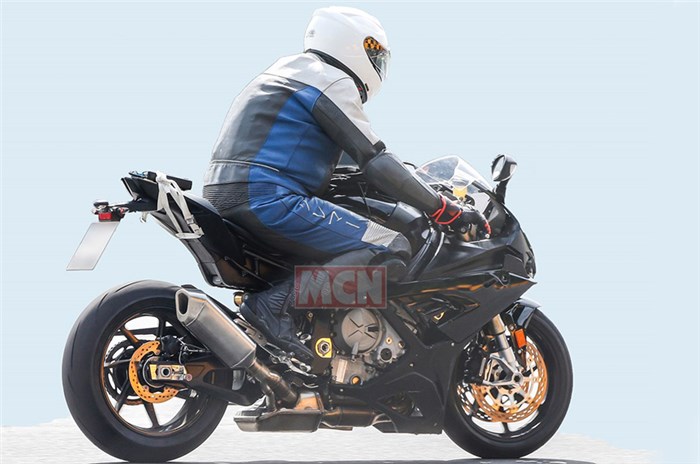 Setting the standard for what was expected from a performance litre-bike, the S1000RR from BMW has been a benchmark of sorts. Boasting a chassis that gave it surgical precision, and an inline-four engine that’s pretty close to flawless, the S1000RR had the other litre-bike manufacturers scurrying to keep up when it first launched.

Now, MCN, U.K. has reported to have spied the new S1000RR testing. BMW seems to have done away with the unique asymmetrical headlight styling of the older bike and adopted a more radical setup, with LED projector style eyes that resemble that of a very beefed-up Bajaj RS200. The overall silhouette of the bike has also changed considerably; it looks a lot shorter than the current model, with a new exposed trellis-type sub-frame and a more compact tail unit.

The new S1000RR will also get a full TFT colour screen setup, which we assume will be used to control a highly customisable and completely state-of-the-art electronics suite, ranging from fuel maps to electronic suspension settings, to an Inertial Measurement Unit. And it’s no doubt that BMW is already at the cutting edge in this area.

While the engine architecture remains more or less the same, from the images we can tell that the external elements have been moved around a bit and have a different design too. Since the bike is expected in 2019, it could meet Euro V norms which will be implemented from 2020.

Speaking of this, while the underbelly sports a completely revised design, the designers have managed to keep a relatively small side-slung exhaust unit. Other manufacturer’s exhausts seem to be getting larger with each new emission standard being introduced. When viewing the bike alongside the current model, the chassis, front brake, rear swingarm and suspension appear all new too.

While the current BMW S1000RR is already an absolutely stonking machine, we can’t wait to see how much of an improvement the new version will be. Judging by the fact that the test mule doesn’t seem to sport much camouflage and seems quite well finished, it won’t be long before we get a glance at the final production model.