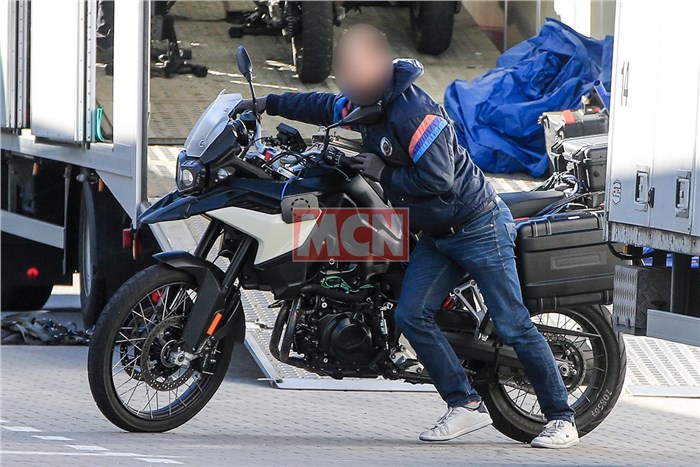 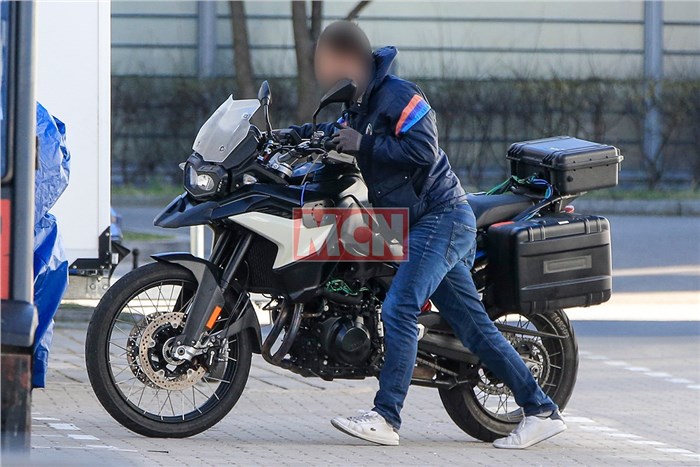 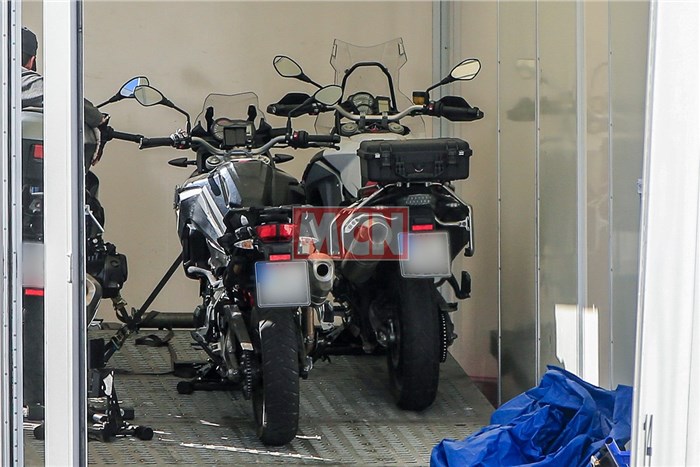 UK-based MCN has caught BMW Motorrad testing a brand new GS motorcycle, which seems to be the much-awaited F850GS. This is no simple upgrade from the previous F800GS, but something built entirely new from the ground up. And it sports many interesting changes which will allow it to properly take on bikes like the Triumph Tiger 800, the Ducati Multistrada 950 and the newly popular (internationally) Honda Africa Twin.

New styling
This new F850GS sports much sharper styling cues as compared to the current F800GS. It still retains the iconic BMW Motorrad asymmetric headlights, but there are more angular panels all around. The effect of these changes is more of a leaner rally bike look, as opposed to the slightly portly image of the standard 800. The spy shots also show a low-height windshield, but BMW will surely offer multiple options in this area. The vertically stacked instrument cluster from the F800GS also seems to be gone, instead replaced by a more traditional horizontal unit which gets a rather large tachometer on the left and a multifunction LCD panel on the right. And at the back, you can see chunkier split tail-lights and larger turn indicators.

Brand new motor
The new 850cc motor isn’t just a 50cc increase on the previous F800 engine, although no real details have been revealed as of yet. However, it’s clearly visible that the chain has now moved from the right side of the bike to the left, which means the motor’s output shaft has changed, attesting to the ‘newness’ of this engine. Power output is rumoured to be about 15hp over the F800GS, putting it in the 100hp zone and making it directly competitive (performance-wise) to its aforementioned rivals. There is also some talk of BMW changing the firing order of the twin-cylinder unit to 270 degrees from the original 360 degrees. Apart from change in power delivery characteristics, this change will make for a meatier V-twin-like sound rather than the flatter, boxer engine-like note. You can see a quickshifter on the test bike as well, likely to be BMW’s optional Gearshift Assist Pro which offers clutchless up and down shifts.

New underpinnings too
These spy shots reveal that the F850GS is sporting a brand new cast aluminium frame – a radical shift from the steel trellis unit found on the F800, and there are new forks up front too. This new bike does retain the 21-inch/18-inch front/rear wheel sizes from the F800GS, but the wire spoke wheels now have the spokes connecting to the outer lip of the rim (like those on the R1200GS), which should allow it to run tubeless tyres.

Coming to India?
With BMW Motorrad bringing most of its bike range to India, it’s a logical question to ask about why the F800 series was skipped for the country. Of course, this has been due to the ease of importing bikes above 800cc to the country as opposed to the immense homologation and CKD process required for bikes under than cubic capacity. With 798cc, parallel-twin motors, the F800s simply didn’t make the cut. However, because of the higher engine capacity, BMW will easily be able to bring the F850GS to India. As to when that will happen, well, given how production-ready the test bike looks, an official unveil at EICMA 2017 (in November) is likely, with an early-2018 international launch date. And more likely than not, an India launch could follow soon after.