Upgrades for 2019 include a slight bump in power and a revised gearbox shift pattern. 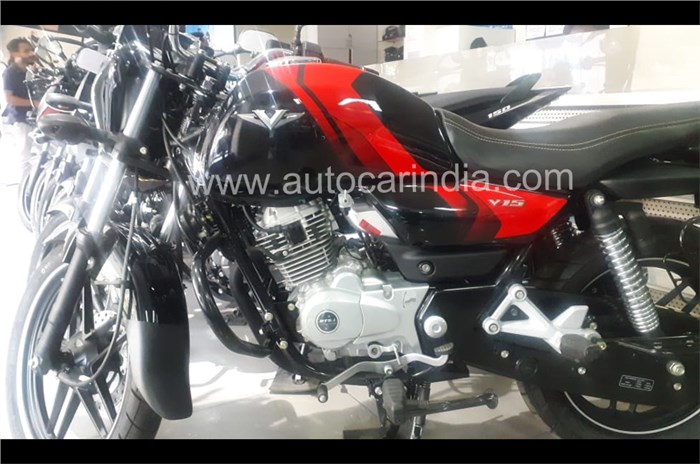 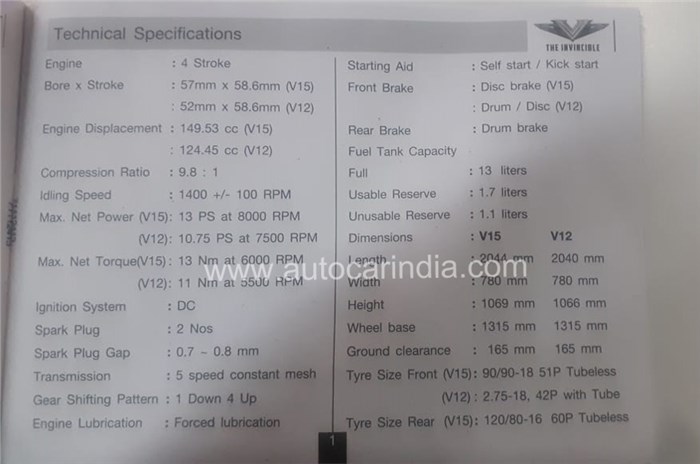 The Bajaj V15 has got a significant update for 2019, and is now called the V15 Power Up. The motorcycle is powered by an updated version of the 149.5cc engine found on the older bike, but as the name suggests, it offers a little more power and torque.

The engine now produces 13hp at 8,000rpm and 13Nm of torque at 6,000rpm. This is an increase of 1hp and 0.3Nm over the older engine, which made 12hp at 7,500rpm and 12.7Nm at 5,500rpm. As with most updated Bajaj engines, we’re sure to see that this one also brings the added benefit of better refinement and smoother power delivery.

We have also learned that the Bajaj V15 Power Up gets a new gearbox shift pattern. The previous model had an all-up shift pattern, but the new one gets a sportier, one-down-four-up pattern.

Stylistically, the bike receives a new treatment for the graphics; while they are similar, the graphics are slightly larger. On closer inspection, you’ll find that the graphics are of a slightly different pattern along the top of the fuel tank and on the side quarter panels as well.

The upgrades do not come at a hiked price, and the V15 Power Up will continue to cost Rs 81,590 on-road in Pune.

The Bajaj V15 remains a rather unique proposition in the market. We expect to see the Power Up model with a single-channel ABS set-up in the near future, though it doesn’t appear to be available at the moment.