The 5.5 has been co-developed with QJ motor, while the 9.5 is an in-house development. 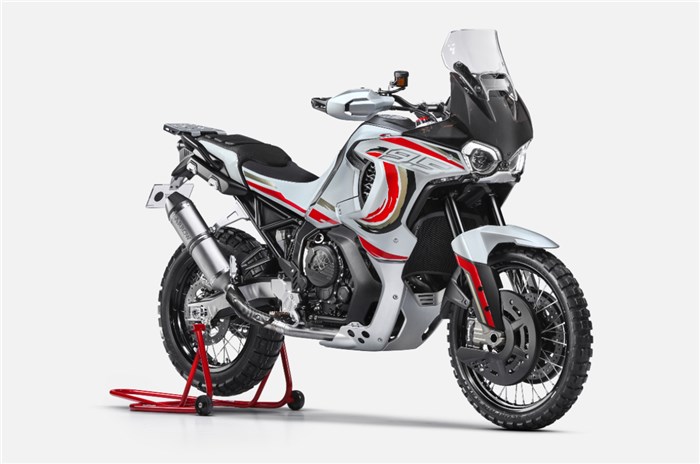 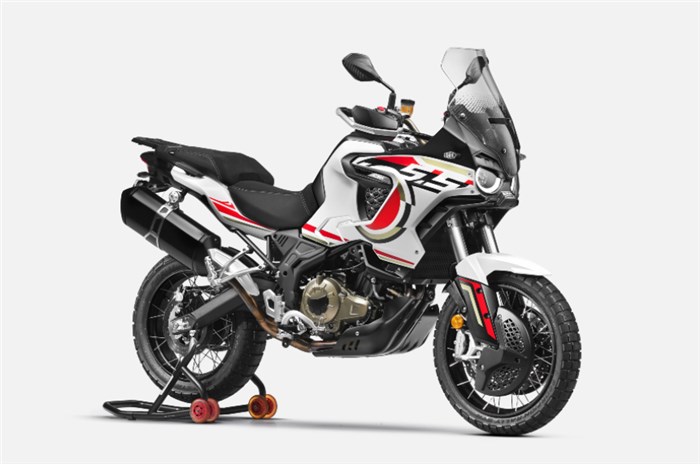 It’s been common knowledge that MV Agusta has been developing a new adventure bike as well as new, low capacity models with China’s QJ Motor. The Italian company has now revealed the first look at both projects at EICMA.

The 5.5 is the smaller of the two ADV bikes and MV says it has been developed closely with QJ motor – the parent company of Benelli. This bike will use a larger 554cc version of the motor we’ve already seen in the Benelli TRK 502, Leoncino and the 502C cruiser. This engine produces 47.6hp and 51Nm, which is an identical power figure to the Benelli, but about 5Nm more torque.

The MV Agusta 5.5 appears to be quite significantly based on the Benelli TRK 502 – MV quotes the same 20-litre fuel tank capacity, 1,505mm wheelbase and 19-inch/17-inch front and rear wheel set-up. The significant bodywork on the MV hides the main frame so we can’t see if it’s the same as the Benelli’s, but the swingarm is noticeably different. Like the Benelli, this is also a very heavy motorcycle with a dry weight of 220kg. The 860mm seat height is also surprisingly high for what is meant to be an approachable motorcycle.

While the 5.5 appears rather familiar under its fresh new skin, the 9.5 looks like it’s a pure MV Agusta motorcycle. The design philosophy is similar to the 5.5 and both bikes get a modern take of the iconic Lucky Explorer colour scheme that was used on the Cagiva Elefant 900 Dakar race bike.

The 9.9 looks similar to the 5.5, but uses more complex materials, including forged carbon fibre in the section that links the radiator area to the bash plate. The 9.9 gets a large 7-inch TFT display and the features include Bluetooth and Wi-Fi connectivity, cruise control, launch control, 8-level traction control, a GPS sensor and full LED headlights with a bending function.

The motor is a new 930cc inline three cylinder that’s based on MV’s 800cc triple engine, but with a new head, new valves, a new counter-rotating (as before) crankshaft and new forged pistons. The radiator is split into two side-mounted units and the entire base of the engine has been significantly reworked. MV says the same applies to the gearbox and clutch. The 9.9 will be available with a standard 6-speed manual, or with the automatic Rekluse clutch system already seen in the international-spec Turismo Veloce. 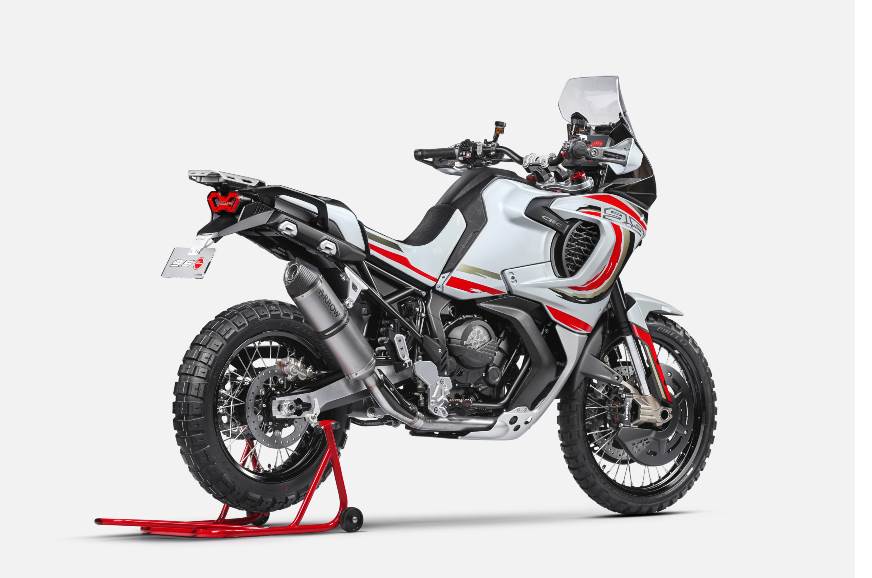 This new engine produces 123hp at 10,000rpm and 102Nm at 7,000rpm. The chassis is all new as well and the 9.9 comes with electronically controlled Sachs suspension with 220mm of fork travel and 210mm of rear wheel travel. The dry weight is the same 220kg as the 5.5 and the seat height is actually lower at 850-870mm. Twin 320mm front discs are bitten down on by Brembo Stylema callipers and the 21/19inch spoked wheels wear tubeless tyres.

MV Agusta has not revealed any pricing information yet and there is also no word on whether the company plans to re-enter the Indian market any time soon.