Only five of the special edition MV Agusta 800 RR America bikes have been allocated for India. 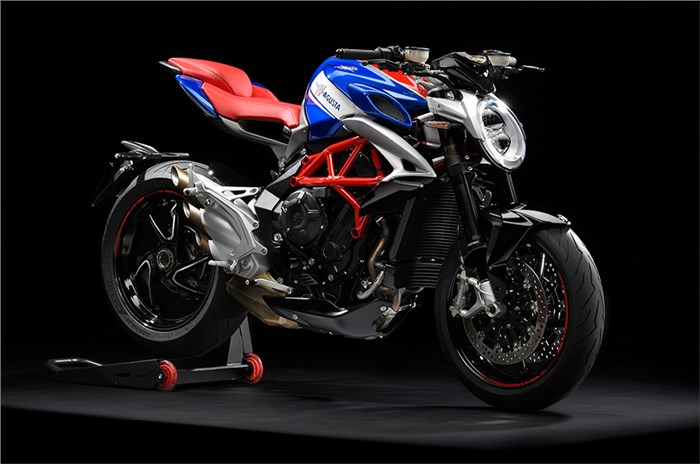 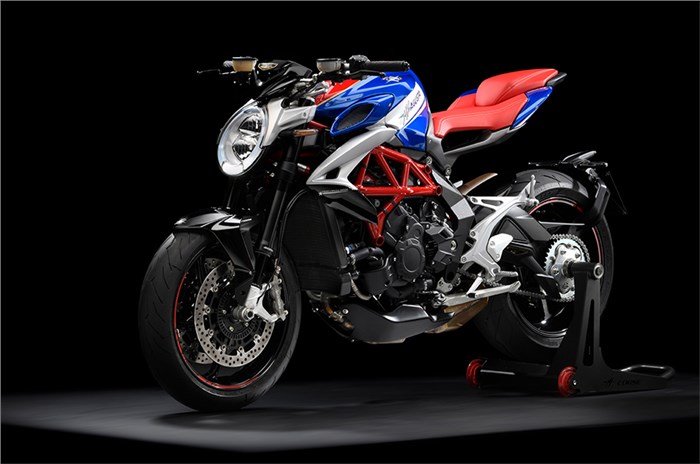 MV Agusta has allocated five special edition Brutale 800 RR America motorcycles for India. Unlike in the USA, the America edition, which is priced at Rs 18.73 lakh, is cheaper than the standard 800 RR that costs Rs 18.99 lakh. For reference, the 800 RR America costs USD 200 (about Rs 14,000) more than the standard 800 RR in the USA. We’ve spoken to a couple of dealers across the country and they believe the difference in costs is because of changes in the dollar rate, when the bikes were imported to our country.

What distinguishes the America edition bikes from the standard models, predominantly, is the use of the red, white and blue livery. An “America Special Edition” decal also graces the instrument cluster cover, along with the production number of the particular motorcycle. The MV Agusta Brutale 800 RR America will be accompanied by a certificate of authenticity.

Apart from the visual and cosmetic changes, the 800 RR America remains identical to its standard variant. At the heart of both motorcycles is a 798cc, in-line three-cylinder engine that sits inside a steel trellis frame and produces 140hp at 12,300rpm and 87Nm at 10,100rpm. The Brutale 800 RR also gets a Marzocchi USD fork and Sachs monoshock.

The America theme on the Brutale 800 RR draws inspiration from the 1975 MV Agusta S America 750 that featured a 75hp, in-line, air-cooled, four-cylinder engine with dual-overhead camshafts, which was ahead of its time. More than 25 years later, the ‘America’ name was revived and used on the first-ever Brutale – a four-cylinder motorcycle back then. The very first three-cylinder Brutale 800 America was introduced in 2017, with the special colour scheme also rolled out on the brands’ other motorcycles like the Dragster 800 RR.