The 890 Duke GP gets a number Grand Prix inspired visual cues when compared to its other siblings. 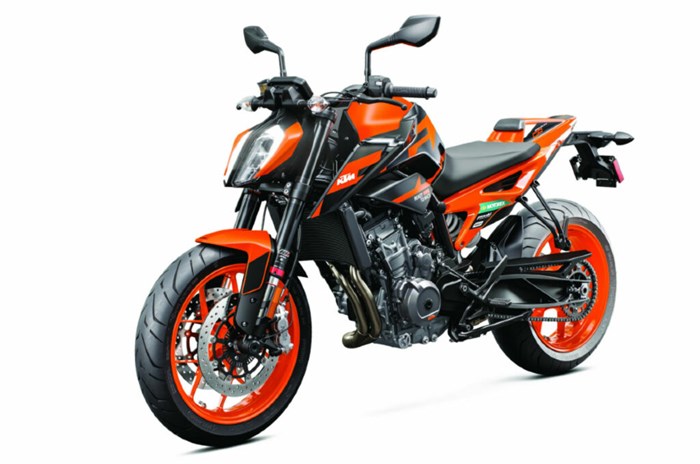 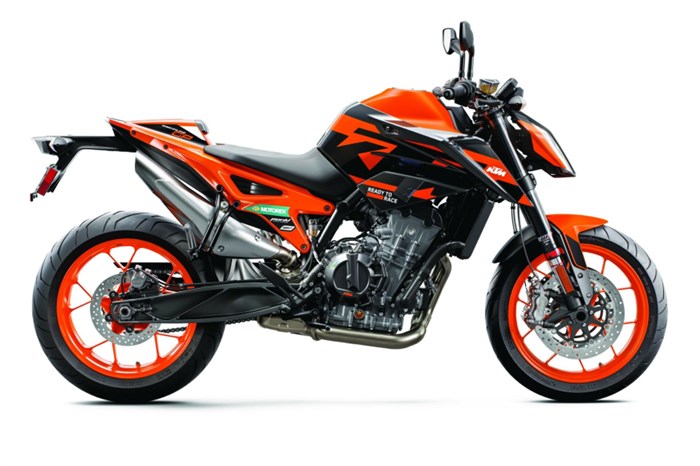 KTM has unveiled the newest member of the 890 Duke range – the 890 Duke GP – which is a MotoGP-inspired version of the standard bike.

Changes on this new GP version of the 890 comprise a new orange and black MotoGP inspired livery, orange wheels and a pillion seat cowl. On the whole, the 890 Duke GP is visually a good deal more orange than its siblings.

The KTM 890 Duke GP comes with an LC8c parallel-twin that makes 115hp and 92Nm of torque, just like on the standard bike. This 889cc engine comes mated to a 6-speed gearbox with a PASC slipper clutch.

Like the standard 890 Duke, it gets a chromium molybdenum frame with an aluminium sub-frame, suspended with WP Apex suspension – adjustable USD at the front and adjustable monoshock at the rear.

The 890 Duke GP, just like its siblings, comes to a stop courtesy of Brembo Stylema monoblock calipers coupled with 320mm floating discs up front and a 240mm disc at the rear. The equipment is aided by a comprehensive electronics package, which includes cornering ABS with a Supermoto mode and lean angle-sensitive traction control. It also gets three riding modes (Sport, Rain and Street) with an option for adding a fourth Track mode.

It also gets a full-colour TFT display present on the other 890 Dukes, which allows for convenient navigation through the bikes various settings.

Mechanically, this version of the 890 Duke has no performance upgrades to match its GP nametag, and is no more capable than the standard bike. The hype and expectations KTM built around the 890 Duke GP had us expecting a more intentful machine, and the eventual unveil has been a rather underwhelming affair.

Though pricing for the same hasn’t been shared yet, we expect to know more about it shortly.

What do you think of the KTM 890 Duke GP? Let us know in the comments below.