Royal Enfield’s soon-to-be most expensive bike gets caught on camera again and is seen with a dual seat, new tyres and ABS. 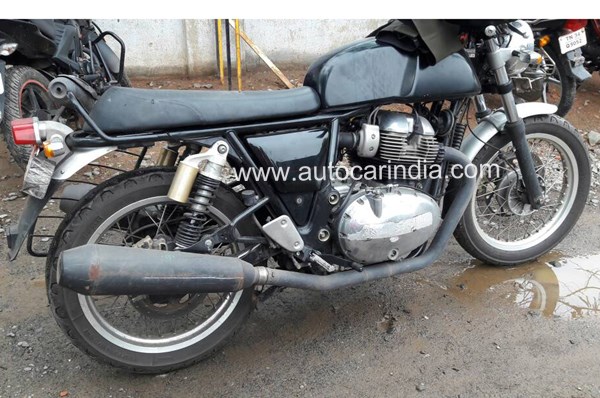 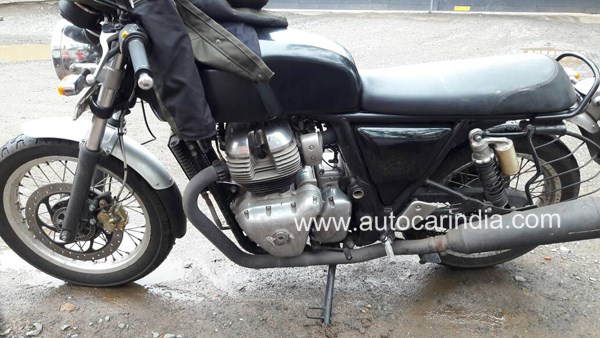 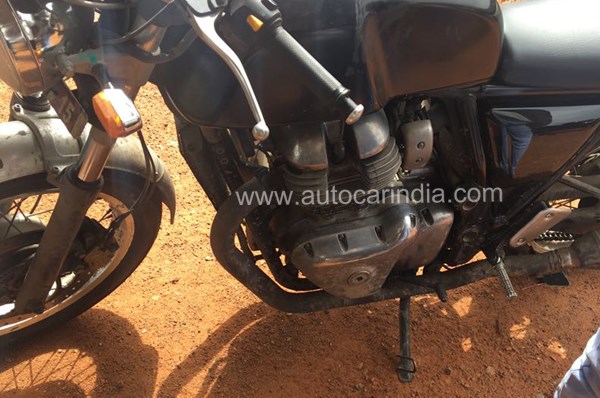 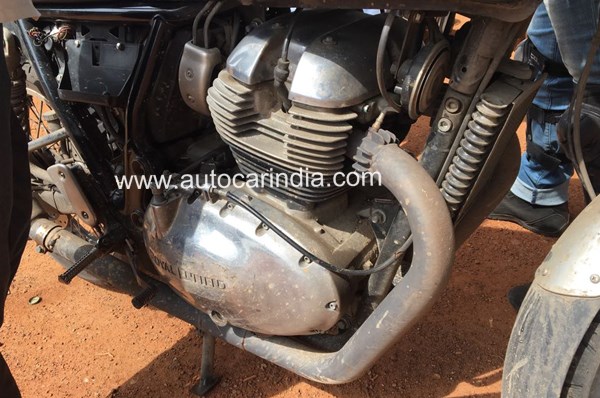 The first spy pictures of the upcoming 750cc parallel-twin engined bike from Royal Enfield emerged almost a full year ago. Since then, there have been multiple spy shots which have captured it being tested not only abroad, but in various parts of India as well. However, these latest series of spy pictures paint an even clearer picture of what we can expect from the new bike.

First off, this is the first time we're seeing a two-seat version of this bike. All the earlier pictures showed off the 750 in a single-seat configuration, with a tail cowl to really drive home its café racer motif. This twin seat looks similar to the optional long seat that's available for the Continental GT 535 and even features a grab rail for the pillion rider. It's likely that, just like its smaller sibling, this 750 will ship with a single seat and cowl configuration as standard, with a longer seat available as an accessory.

While the seat might be the more obvious change, a closer look at the engine reveals what looks like a fuel-injection system. The distinct carburettor seen in the original spy shots is prominently absent. We always expected Royal Enfield's 750 to come with fuel-injection rather than with a carburettor, so now it appears that what we're looking at is a version of the bike that's even closer to production. The air-and-oil-cooled nature of the motor was apparent even from the first spy pictures, but now the size and position of the oil cooler is more distinctly visible. It's installed along the chassis' downtubes, much like how Triumph packaged the radiator on their new Bonneville family.

Another big change for this bike is the choice of rubber. Originally, it was seen running with Pirelli Sport Demon tyres at both ends. However, now they seem to have been swapped out for Pirelli Phantom Sportscomps. We've already seen these tyres on Triumph's new Bonneville family and they work really well there for road riding. However, they don't offer the same level of cornering performance as some of Pirelli's other high-end tyres, but they do have great retro appeal and it should be an easy swap job for someone interested in getting better handling out of the bike.

The bike does have disc brakes at either end, but now the tell-tale sign of wheel speed sensor notches are visible on the front rotor. We're guessing ABS will be offered as standard when the bike goes on sale, especially considering the new mandate which enforces manufacturers to include anti-lock brakes (or CBS for bikes under 125cc) on all models from April 2018 onwards.

All the test mules for this new engine, which have been seen so far, have been based around the company's café racer, the Continental GT. We believe that this is because the double-cradle frame created for the Continental GT is the only one from Royal Enfield's current portfolio that can handle the additional weight and torque of the new 750cc parallel-twin motor. So while it is safe to assume that the first bike rolling out with this new engine will be a café racer, a more powerful Continental GT so to speak, we are likely to see a more 'standard' bike (like the Classic) powered by it as well.

At this stage, no real details about the engine or even the launch have been revealed. But seeing how close to production the bikes in the spy shots look, there's a strong possibility of the new bike being unveiled at the EICMA show this year in November, followed by an India launch in early 2018. We expect the Continental GT 750 to carry a price tag around Rs 4-odd lakh, which will certainly make it Royal Enfield's most expensive production bike till date, and pit it squarely against bikes like the Harley-Davidson Street 750.