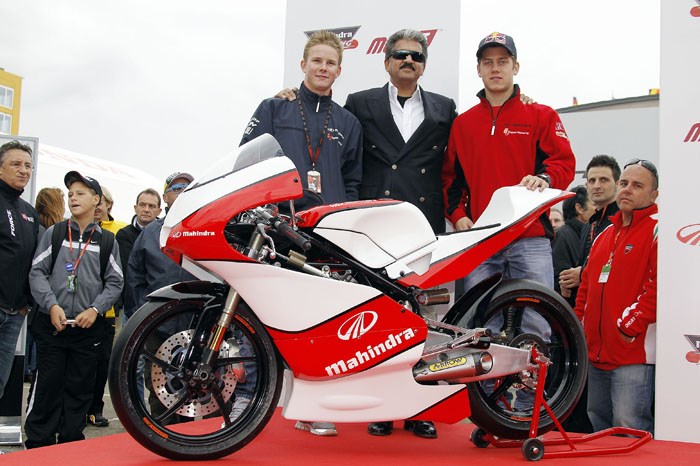 Mahindra 2 Wheelers will showcase its 2012 Moto3 bike and launch the Duro DZ scooter in Delhi at the Auto Expo 2012.

Mahindra racing ended third in the Constructors’ Championship in its debut 2011 season. It had taken the covers off its new 250cc Moto3 entry for the 2012 season earlier in Valencia. This will be the first time that the bike will be unveiled in India.

Mahindra has already launched the Duro DZ in South India and this will be the official launch of the bike in the nation’s capital.