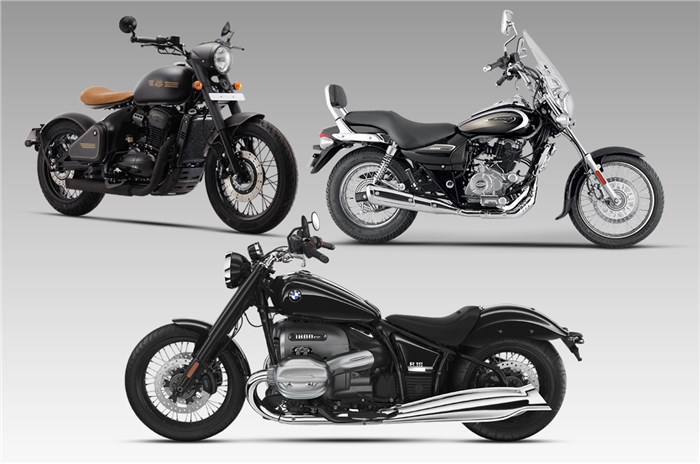 We’ve compiled a list of 10 motorcycles with the lowest seat heights in India.

Note: For this list, we’ve considered bikes that were sold in BS6-compliant form, which is how the Harley-Davidson models have made the cut. Likewise, some Indian Motorcycle models, like the Scout, should have be on this list as well, but they haven’t been updated to comply with BS6 emissions norms.

It’s not much of a surprise that one of Harley-Davidson’s low-slung Softail models has one of the lowest seat heights in our market. At 675mm, the Fat Boy is a very accessible motorcycle, and the only deterrent for a short rider will be its 317kg kerb weight. The BS6 Fat Boy was launched in India earlier this year, with prices starting at Rs 18.25 lakh. 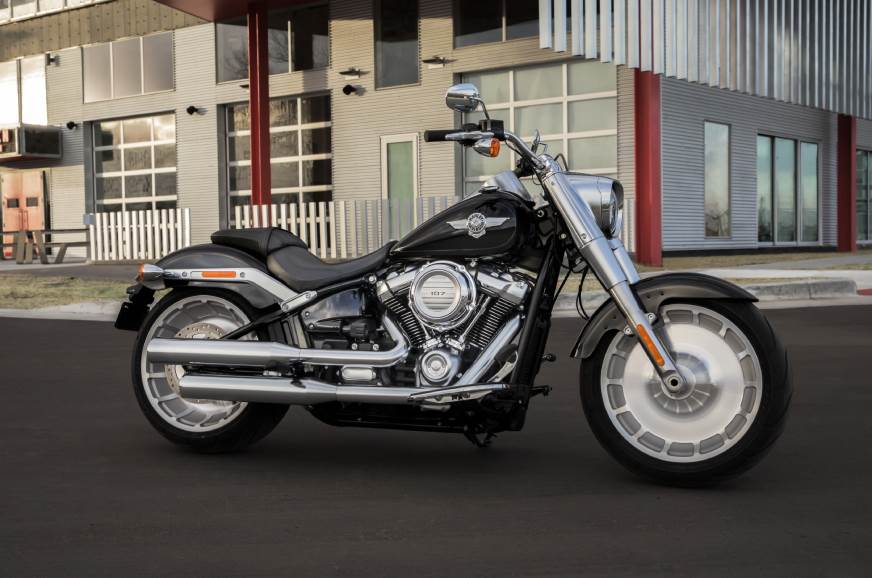 Launched earlier this year, the BMW R18 is one of the most unique and stunning motorcycles out there. The bike is powered by a brand-new 1,802cc, air and oil-cooled motor, and it is the biggest boxer engine that BMW has ever manufactured. The R18 is available in two variants, Standard and First Edition, with only the latter sold in India. 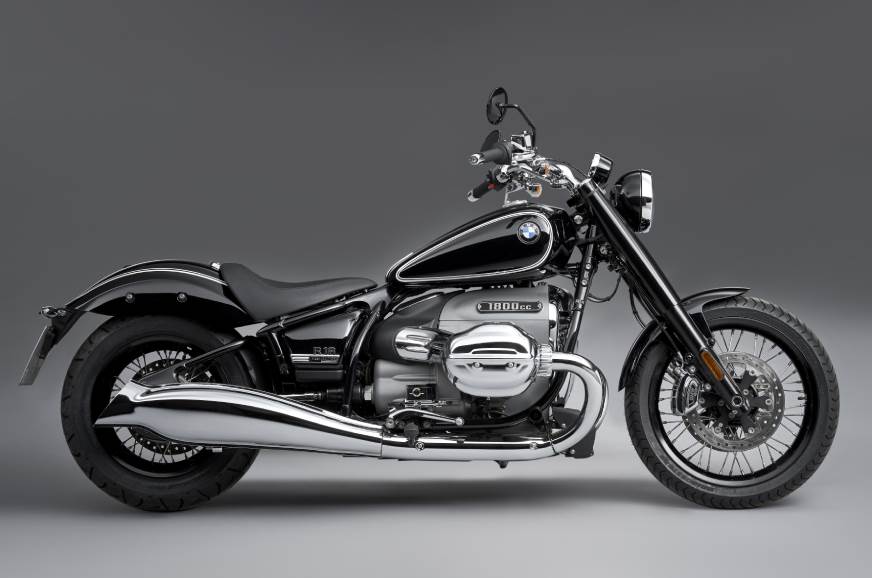 The next spot on this list, at an identical 690mm, goes to another motorcycle from the famed American manufacturer. Like its moniker says, the Low Rider S has a low seat height. This bike, too, fits into the Harley-Davidson Softail family and the S in its name stands for Special. Back In April, Harley-Davidson listed its latest Softail model on its Indian website, priced at Rs 14.69 lakh. 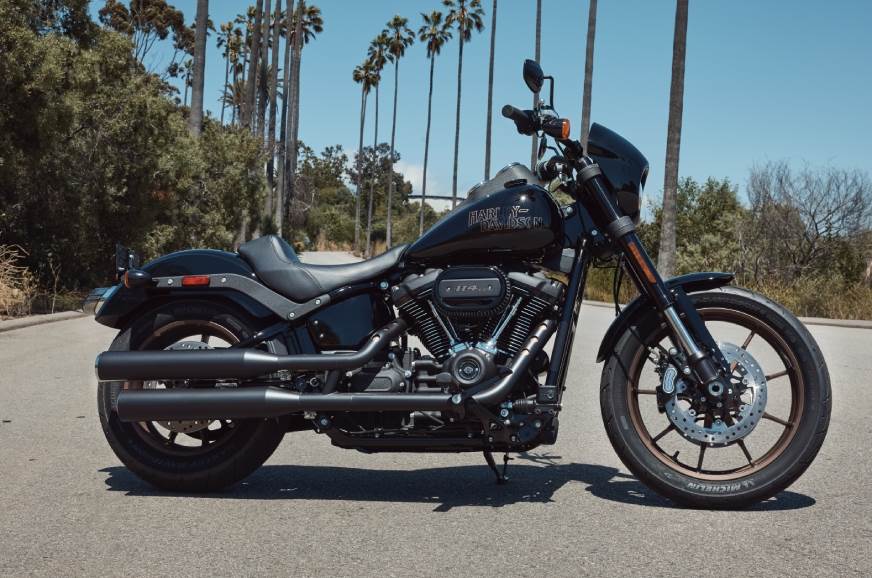 In August this year, Kawasaki completed upgrading its 650cc platform to BS6 emission norms with the launch of the BS6-compliant Vulcan S cruiser. In BS6 form, the 649cc parallel-twin puts out an identical 61hp at 7,500rpm, while torque has seen a negligible fall, from 63Nm to 62.4Nm. Unlike its 650cc siblings, the Ninja 650 and Z650, the Vulcan did not receive any other updates with the transition to BS6. 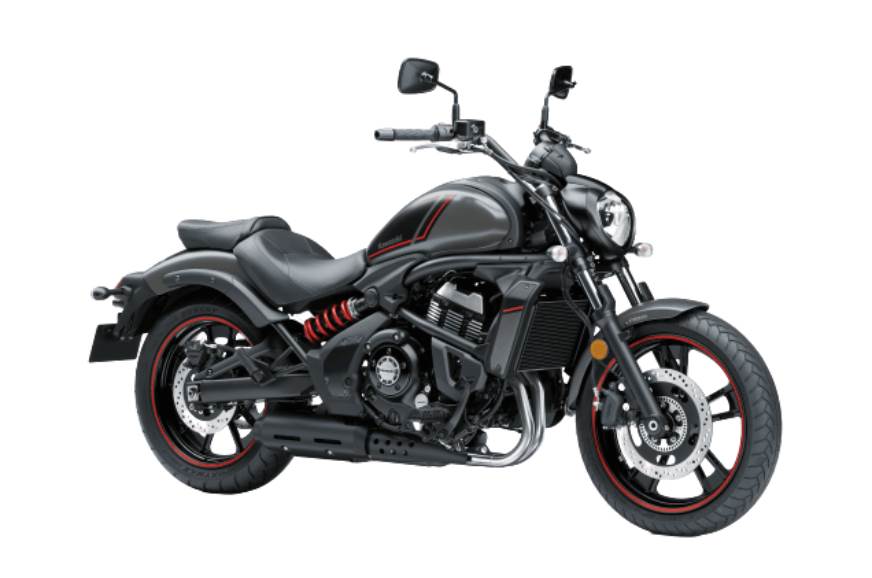 The Bonneville Speedmaster has the same seat height as the Kawasaki Vulcan S at 705mm. The bike was launched in its BS6-compliant iteration at Rs 11.33 lakh; an optional two-tone black and white colour scheme increases the price by Rs 30,000. It’s powered by a 1,200cc parallel-twin powerplant that delivers 79.5hp at 6,250rpm and 107Nm of torque at 4,000rpm. 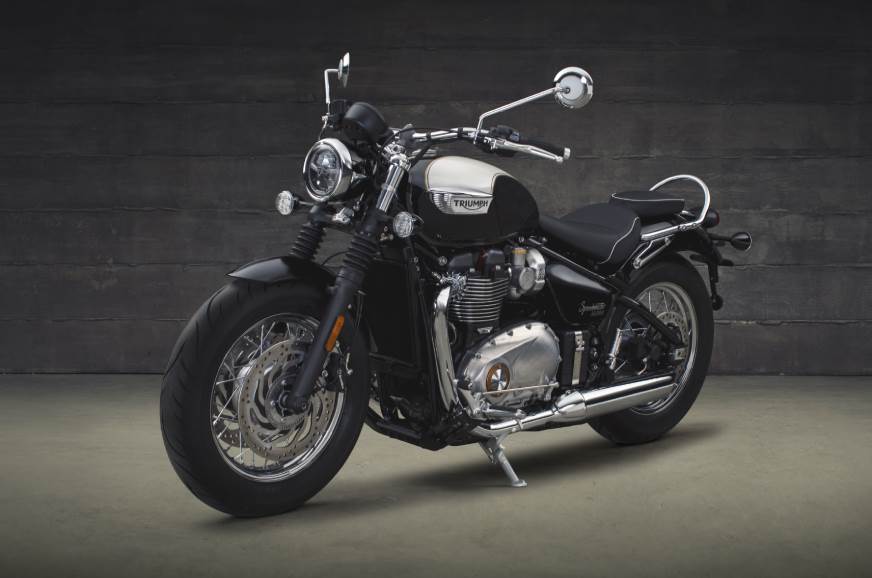 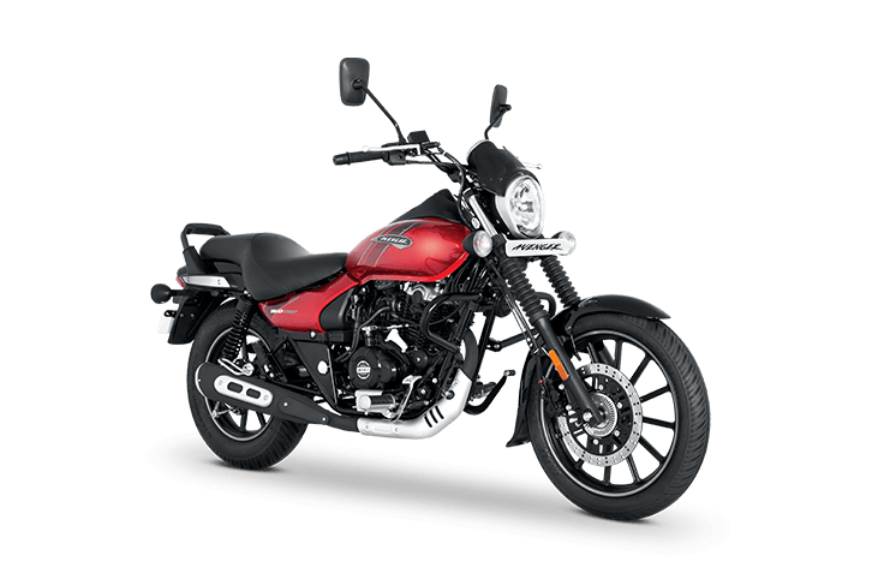 The Suzuki Intruder has a seat height that’s just 3mm taller than the Avenger models. The transition to BS6 was facilitated by a new ignition system, exhaust and ECU that also brought about a change in the power and torque numbers. The entry-level cruiser now makes 13.6hp and 13.8Nm, as compared to the BS4 model that made 14.6hp and 14Nm. These changes to meet the BS6 norms have also brought about a 3kg increase in the weight, and the Intruder now has a kerb weight of 152kg. All of this also came at a significant cost – almost Rs 20,000 more than the original carburetted BS4-spec bike, and around Rs 13,000 more than the fuel-injected BS4 version. 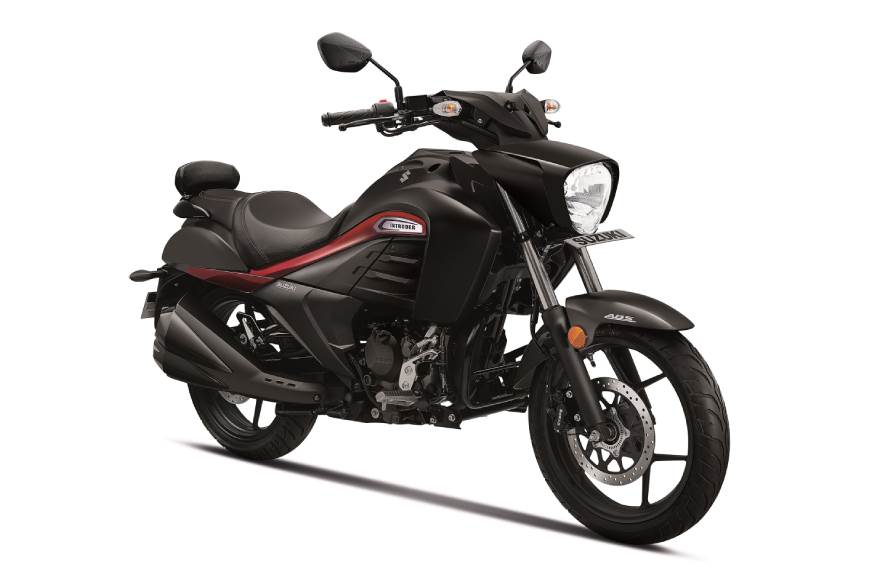 With a seat height of 750mm is Triumph’s behemoth cruiser, the Rocket 3 GT. Powering the bike is the largest engine on a production motorcycle – a 2,500cc, three-cylinder, liquid-cooled engine that produces 167hp at 6,000rpm and a massive 221Nm of torque at 4,000rpm. Again, just like with some of the other big cruisers in this list, the Rocket 3 GT is rather heavy, tipping the scales at 294kg. 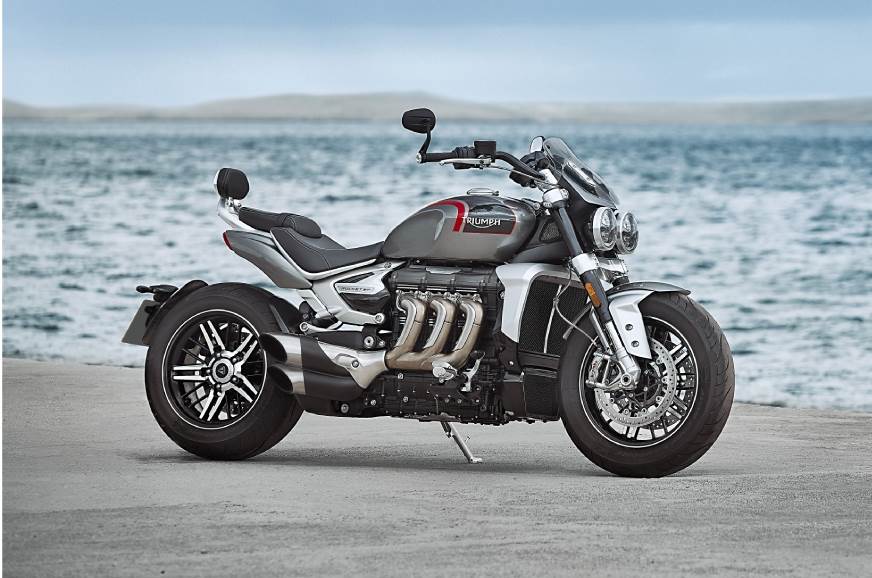 The Perak was the last of three Jawa models that were initially showcased to be launched by the brand. It looks very different from its siblings, owing to its low and long stance and its bobber styling cues. And in true bobber fashion, it also has a low seat height of 750mm. The Jawa Perak bobber is powered by a BS6-compliant 334cc, single-cylinder, liquid-cooled DOHC engine that develops 30hp and 31Nm of torque. 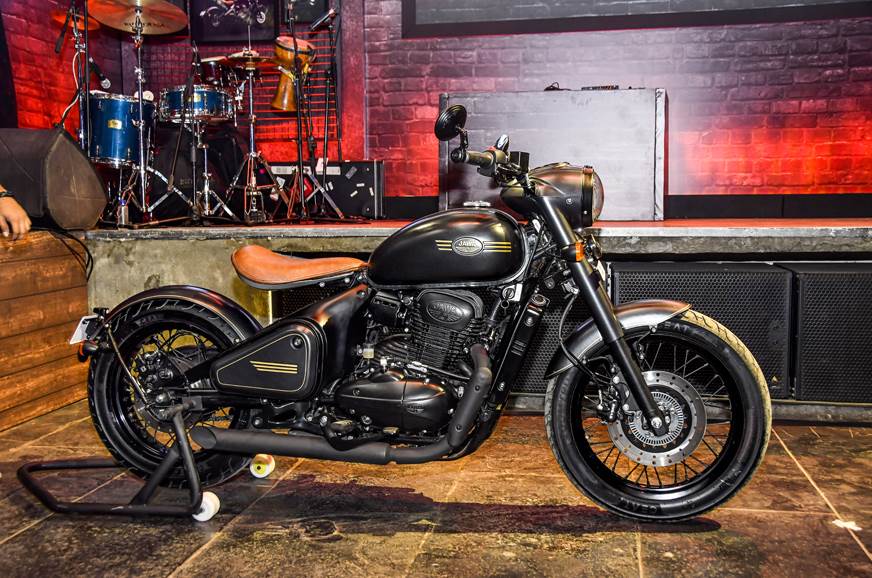 The BS6 Triumph Street Twin was launched alongside the Bonneville Speedmaster, back in August. With prices starting at Rs 7.45 lakh, the Street Twin is the most affordable motorcycle in the manufacturer’s stable. The engine on the Street Twin is a 900cc parallel-twin unit like on the previous bike. The peak torque figure of 80Nm also remains the same, but it now comes at 3,700rpm instead of 3,800rpm. Meanwhile, the RPM at which its peak power of 65hp is produced has gone up from 7,400rpm to 7,500rpm. 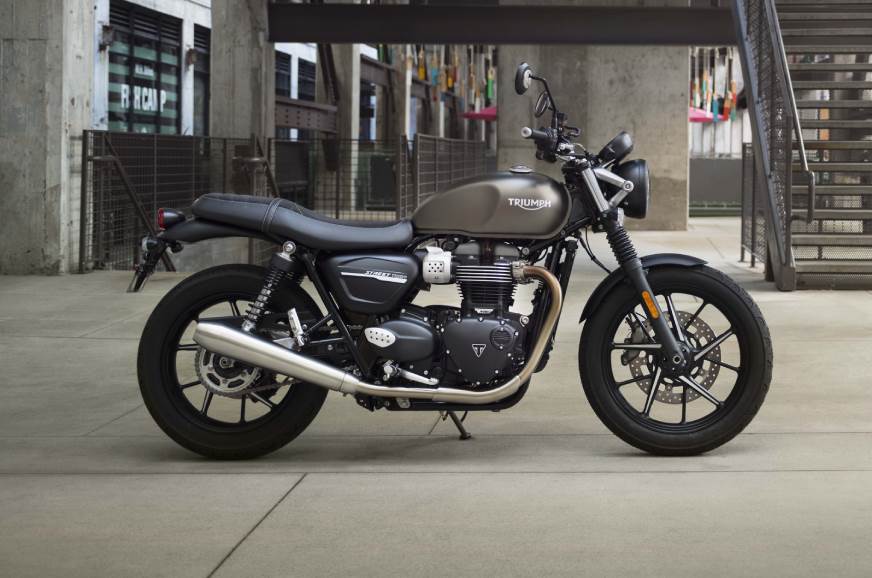 And there you have it. However, some very popular models like the new Royal Enfield Meteor 350, the Jawa and Jawa Forty Two have seat heights of 765mm, narrowly missing the cut for this list.