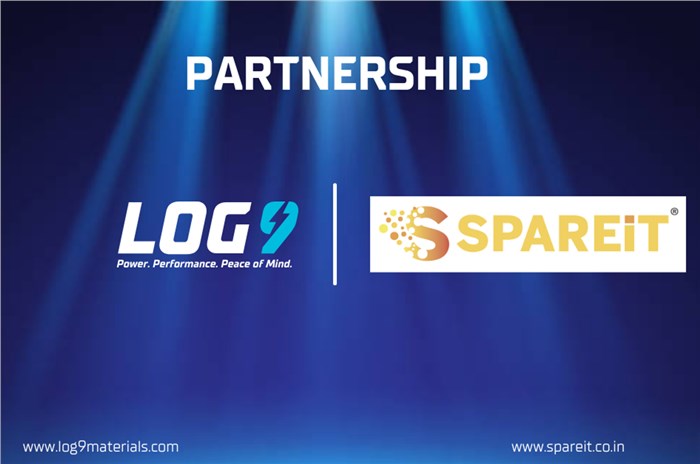 Log9, a start-up in the field of advanced EV batteries, announced the launch of their battery replacement and retrofitment service in partnership with SpareIt, a garage network platform. As a part of this agreement, Log9 will roll out its battery replacement and fitment service wherever SpareIt’s support network is available in India. This gives Log9 access to more than 100 EV-trained garages with charging points in SpareIt’s network across eight cities in the country. This service is available to both private owners as well as fleet aggregators.

Log9 is mainly targeting the last-mile logistics segment as they believe that the climatic conditions in India lead to accelerated battery degradation for EVs, which affects the players in this market quite acutely as it hinders their ability to operate at full capacity. Log9 believes they can help remedy the situation with the use of their RapidX batteries, thus extending the operational lifespan of EVs in this segment. The RapidX battery packs are based on Log9s InstaCharge technology. They are also currently working on their network to increase the availability of the much needed fast charging infrastructure across India.

Log9 claims their RapidX two-wheeler batteries can be fully charged within 15 minutes using a fast charger and offer a range of up to 70km. They also claim their batteries degrade slower when compared to traditional EV batteries and can potentially provide nine times the lifespan of the traditional battery packs. These battery packs can be fully charged within 2 hours on a 5Amp charging point and within 40 minutes on a 15A charging point.

The company says that the main reason they are able to achieve such performance is that they use “superior materials and technology” to manufacture the RapidX batteries compared to the Li-ion cell chemistries other competitors use. While that does make the RapidX batteries more expensive to buy than a lithium-ion battery, the longer battery life offsets the initial costs, claims Log9.

Whether this will result in a more sustainable electric future for fleet and commercial vehicles only time will tell, although the advances made in this industry appear to be very promising.

Do let us know what you think about the future of battery replacement in conjunction with EVs, in the comments below.