One of the most anticipated bikes of 2016, the 390 Duke looks sharper and better, and hopefully smoother. 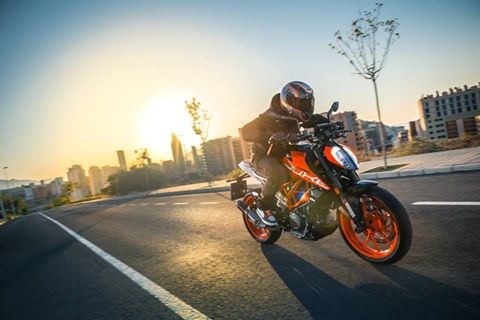 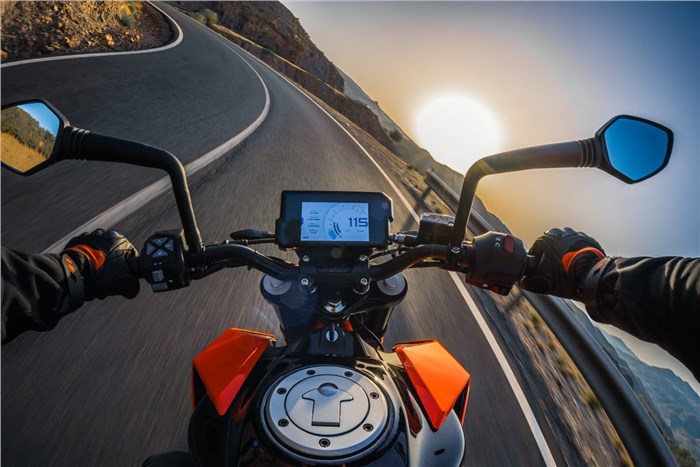 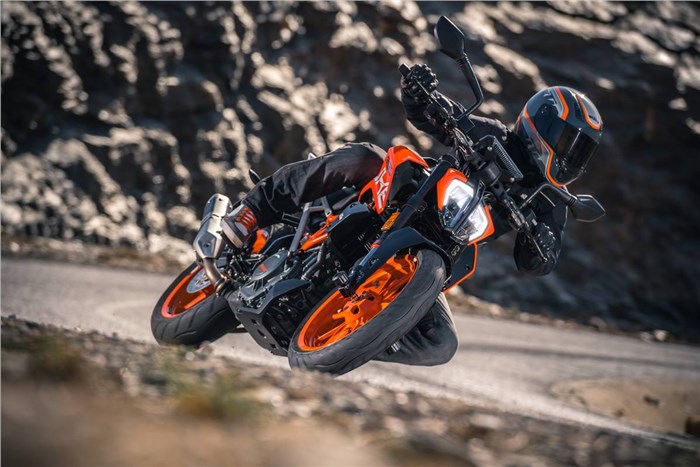 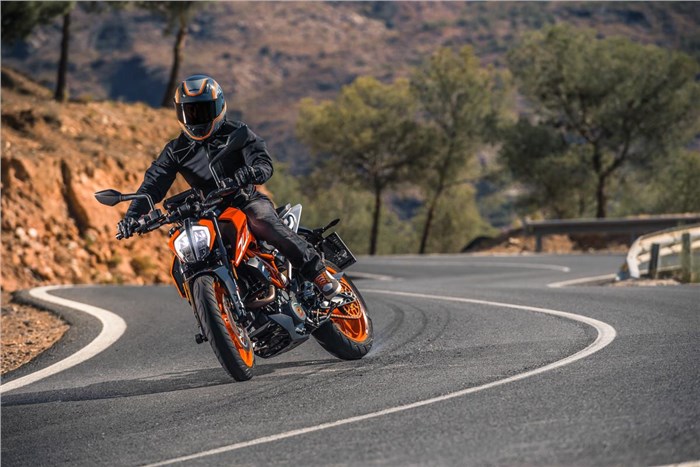 The new 390 Duke was seen in lots of spy pictures till now. Nicknamed "The Corner Rocket" by KTM, the bike looks much better than what was anticipated. The design has been revised to be sharper than before, with a taller tank (now made of steel with increased capacity of 13.4 litres), and the new, pointy LED headlight along with LED running lights. The instrument cluster is an all-colour TFT unit with an optional "KTM MY RIDE" system that allows riders to hook up their smartphone via Bluetooth for a hands-free kit and audio player. The split seats have been revised as well -- we really hope this redesign makes the rear seat more comfortable for pillions -- but at a first glance, it doesn't appear so. Another improvement in rider interface is the inclusion of adjustable clutch and brake levers.
On the chassis front, the bike gets a new lightweight trellis frame with a bolt-on sub-frame. The extremely lightweight die cast aluminium swing-arm looks like the older one, but this too is new for 2017. The front suspension is composed of 43mm open cartridge, separate function forks designed by WP Suspension. The 390 gets a Brembo-developed larger 320mm front brake disc (compared to 300mm from the previous bike), but the radially-mounted four-piston caliper looks like it's carried over. On the engine front, the 373.2cc single-cylinder mill is more or less the same, barring a few updates that include a slipper clutch, ride-by-wire as well as a new balancer shaft to reduce vibrations. The underbelly exhaust has been scrapped in favour of a side-mounted unit that's Euro IV compliant, much like what the European RC390 got last year. There's no difference in power figures, with the engine making a maximum of 43.5hp. We, however, expect this new bike to be smoother than before. In Europe, KTM will offer the 390 Duke with an optional power restrictor to make it compliant with A2 licenses.
If you look at all the changes, you'll realise that we were pretty much on the money with our predictions, when we ran the story about this bike a few months ago. You can read it here
We expect this updated 390, along with the 200 to debut in India between the first and second quarter of 2017.
KTM 125 Duke
Just before the unveiling of the 390, KTM also showed off the 125 Duke, which the company has nicknamed "The Spawn of the Beast" (owing to looking like a scaled-down 1290 Super Duke R). Now this bike is identical in design (except for some graphics) and spec to the 390, barring its 125cc motor which puts out 15hp of peak power, and a smaller front brake, which has a 300mm disc. The KTM 125 Duke is extremely popular in Europe as it offers the look and feel of the more powerful Duke in an A2 license friendly package, making it a great bike for beginners. The 125 Duke is a very Euro-centric model and it's unlikely that it'll ever come to India.
New KTM 390 Duke photo gallery