Essentially a recall, KTM will replace the ECU bracket, pillion seat damping bushes, and headlight of the 390 Dukes. 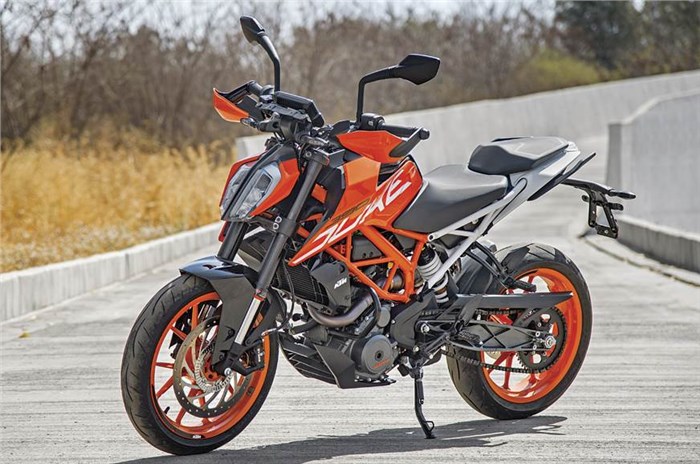 KTM may not be using the word ‘recall’ here, but customers of the 2017 and 2018 390 Duke have been asked to bring in their bikes for what the company is calling a 'Monsoon Kit Fitment'. This kit involves a new ECU bracket, pillion seat damping bushes and a fix for the headlamp vibration issue many customers have been facing. If necessary, the company will also flash a software update on the bikes that face the issue of the headlamp randomly turning off, a fault that's been public for over a year now. All of these updates will be carried out free of cost.

The new ECU bracket comes with a cover that will protect the unit from water and other elements. The pillion seat damping bushes have been redesigned to increase the gap between the seat and the tail-light, as the older setup led to the cracking of the light with a heavier pillion onboard.

The India-built KTM models don’t have a stellar reputation when it comes to quality; there have been a number of fixes and updates since their debut. Interestingly, back in January this year, dealers had informed us that the 390 has had a few technical updates for the 2018 iteration. Part of the technical changes includes the updated software for the instrumentation and the increased idle rpm. The idle speed was changed to 1,200-1,800rpm from the older model's 1,200-1,600rpm. At the time, we also heard that the design of the radiator shrouds has been tweaked for better hot air management.

The 2018 390 Duke is powered by the same 373cc, liquid-cooled, single-cylinder unit, with the power figure unchanged at 43.5hp at 9,000rpm and peak torque at 37Nm at 7,000rpm. The motorcycle comes with a Bybre 320mm front disc, chomped on by a radially bolted four-piston caliper, and a 230mm rear disc, bitten down by a single-piston floating caliper and armed with switchable two-channel Bosch-developed ABS.