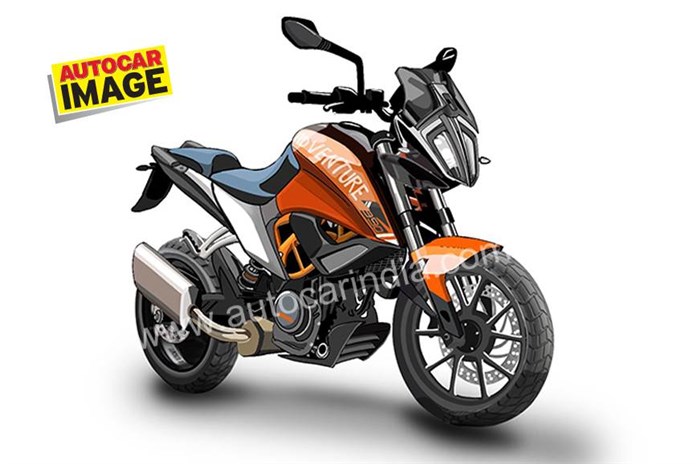 The KTM 390 Adventure will be launched in our country at the India Bike Week on December 6-7, 2019. Prior to the India launch, the motorcycle will make its global debut at EICMA in November 2019.

The upcoming entry-level adventure bike has been spotted on multiple occasions in near production-ready form. The spy shots have revealed quite a bit about the upcoming motorcycles, including details about the mechanicals and design. Click here for more.

The 390 Adventure seen testing appeared to be running on a 19-inch front wheel and a 17-inch rear alloy wheel. A test mule was also seen clad in touring-oriented accessories, raising the question as to whether a more touring-focused variant will be an option. It’s also quite likely that the 390 Adventure will use the same 373.2cc motor in the 390 Duke that makes 44hp and 37Nm of torque. However, it may be tuned differently, at least in terms of final drive gearing, to better suit its intended application.

We expect the 390 Adventure to cost somewhere around the Rs 3 lakh mark, which means it would still cost significantly less than its nearest rival – the BMW G 310 GS (Rs 3.49 lakh). This KTM is also likely to be the company’s first BS6/Euro 5 model. While a lot about the motorcycle still remains to be discovered, we now have a date to look forward to. We also expect to see the 390-based Husqvarna Svartpilen 401 and Vitpilen 401 at the motorcycle event in Goa.

KTM 250 Adventure in the works for India