Z800 to come in aggressively priced by Kawasaki, as a segment game-changer. 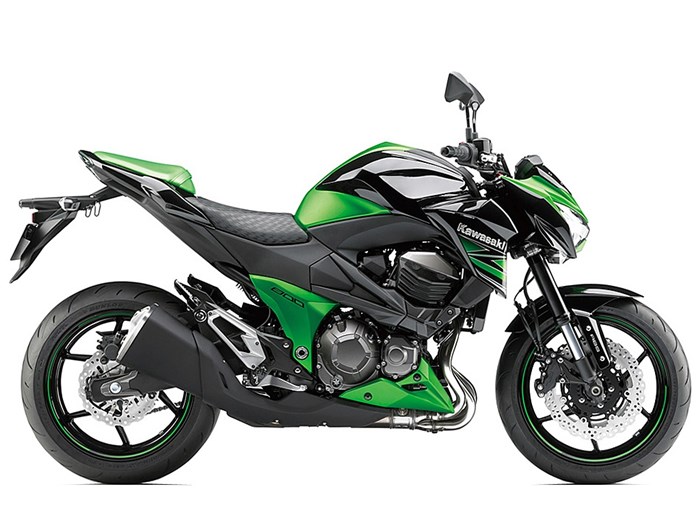 The middle-weight Z800 was first launched in 2013 worldwide, nearly fourty years after the launch of the Z1. Kawasaki’s smaller capacity stable-mate of the Z1000, which was launched this month, is expected around January next year. The Kawasaki Z800 houses a four-stroke, inline-four cylinder, 806cc liquid-cooled engine, generating maximum power of 113bhp at 10200rpm and peak torque of 8.46kgm at 8000rpm. The 6-speed gearbox on the fuel-injected engine transfers power to the rear wheel, via an exposed chain.

Being a street-naked middle weight, the bike also offers fuel efficient riding with optimum performance on tap, thanks to features like economical riding indicator, which appears on the instrument panel indicating fuel consumption for efficient riding, and the dual throttle valves feature, which is a second set of ECU-controlled throttle valves offering better combustion efficiency along with an increase in power.

The tubular backbone chassis design and revised rigidity offers great feedback to the rider. The ergonomically redesigned seats on the Z800 seem to provide comfort for both rider and pillion. The front suspension include 41mm inverted forks, and the rear suspension features an aluminum body with a piggyback reservoir, which has been repositioned for better handling and feedback to the rider. Kawasaki has incorporated 310mm petal discs upfront and a single 250mm petal disc at the rear to provide efficient stopping power.

The Z800 will soon be on sale in India, directly imported in as a Completely Built Unit or CBU model from Thailand. The Z800 would cost approximately Rs 8,50,000 lakhs (ex-showroom, Pune).