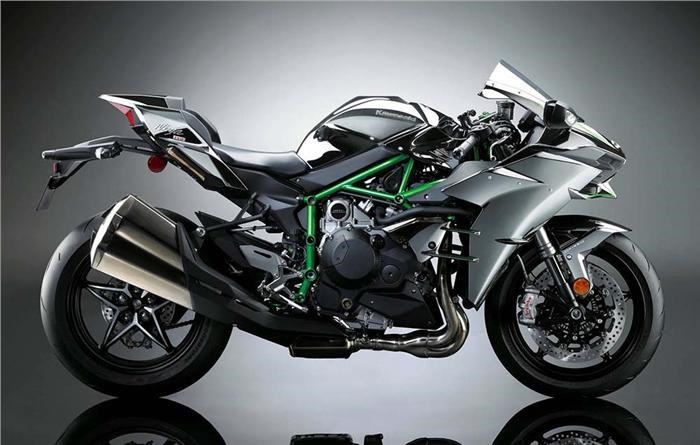 Anyone who has been following the recent activities in the international biking scene knows about the Kawasaki Ninja H2. It is the relatively more restrained sibling of the frenzied H2R. With the launch of the Z250 and ER-6n naked bikes in India, Kawasaki gave us more than just an indication of its increased focus on our market. And then we broke the news that Kawasaki was working to bring the H2 to India in early 2015. It has now been confirmed that the first batch of Ninja H2s are up for booking.

Kawasaki’s dealership has confirmed that they are accepting bookings for Rs 10 lakh. Now if that amount took you by surprise, the Rs 32 lakh (on-road, Mumbai) price for the bike will probably have you skip a heartbeat. There's one more catch: the first batch had five bikes, of which four have already been booked, and the booking is open only for the next two days. That leaves you with less than 48 hours to grab that last bike. Kawasaki will deliver these bikes by March 2015.

Beyond the five bikes that were up for grabs first, you can continue booking later, but there is no specific timeline for its delivery. It seems like Kawasaki has allotted small initial batches for certain markets, which will allow it to gauge response to the bike and manage production of the "supercharged hypersport".

After the manic track-only 295bhp Ninja H2R made its appearance at the INTERMOT 2014, Kawasaki had revealed that it would soon be bringing a road-legal version of the same. At the 2014 EICMA in Milan, the road-legal Ninja H2 was shown to the public. Although 200bhp is a humongous amount of power, and much more than what can, realistically, be used on the street, enthusiasts across the globe were slightly disappointment by the number. To put it into perspective, the new Yamaha R1 which has the same engine capacity, minus the turbocharging, makes the same amount of power. The H2 is also heavier than the H2R, giving it a power-to-weight ratio that's the same as quite some supersport bikes. Purists expected something a little more special, considering the fact that forced-induction was back into motorcycles.

Nonetheless, India seems like an important market for Kawasaki, and from the kind of response the H2 has received here, we could very well be on our way to being on par with the best motorcycle markets in the world.