Kareena and Amir will promote the range of Mahindra Two wheelers 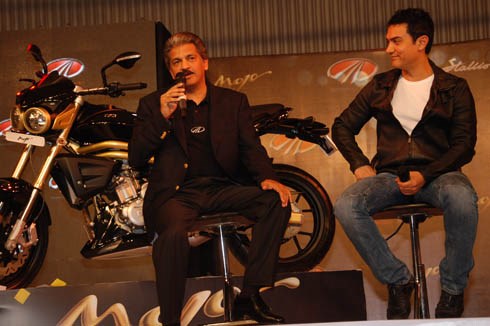 Mahindra 2 Wheelers has appointed actor Kareena Kapoor as brand ambassador for its PowerScooter range. Kareena will soon feature in a widespread advertising campaign including print, electronic and online media. The first campaign will be for the Mahindra Rodeo which is slated to appear later this month. Kareena's association with Mahindra 2 Wheelers started with the Bollywood blockbuster '3 idiots' where her character owned a Mahindra Flyte. Mahindra's PowerScooter range that includes the Flyte, Rodeo and Duro models has been well received notching up sales of 1.5 lakh units over the past year.


Mahindra 2 Wheelers had earlier announced Aamir Khan would be their brand ambassador for their new Stallio commuter motorcycle.