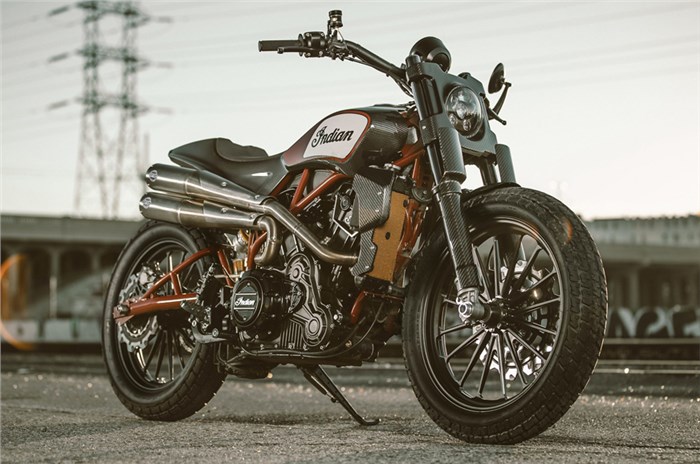 Indian Motorcycle has finally announced that it will make a road-legal version of the company’s successful FTR 750 flat-track racer. While a formal release date has not been set, the company suggests that the bike will go on sale internationally in 2019. Called the FTR 1200, it will take inspiration, design and performance cues from the race bike.

Indian say this move comes in response to months of speculation and demand for a street version of the company’s FTR 750. The FTR 750 is Indian’s purpose-built flat track racer that won the American Flat Track professional racing series in 2017. Last year, the American manufacturer also built the FTR1200 Custom, a one-off build that did the rounds at global motorcycle shows. The Custom bike was powered by the company’s 1,133cc motor that makes 94hp and 97Nm of torque.

Indian is yet to reveal the road-legal FTR 1200’s specifications, but the company say it will embody a flat tracker style, housed in a trellis frame and be powered by a new V-twin engine.

Indian Motorcycle sells almost all (barring a few Bagger models) of its bikes in India, we expect the upcoming FTR to follow suit. The FTR 1200 will also likely be Indian’s sportiest offering yet and is sure to draw in a new customer base.