In conversation with Rajiv Bajaj

Bajaj Auto's MD on the new four-wheeler segment, ambitions of entering China's two-wheeler market and being a global motorcycle player. 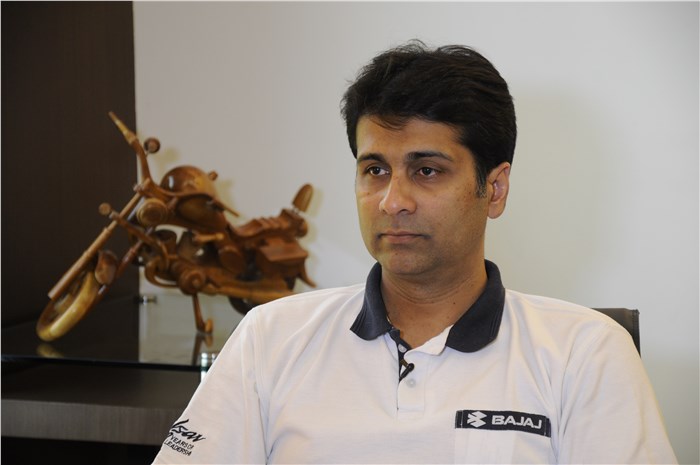 Bajaj Auto's MD on the new four-wheeler segment, ambitions of entering China's two-wheeler market and being a global motorcycle player.

“Asking us to wait now is like Nokia telling Steve Jobs ‘Hang on, I need time to develop a smartphone’”, says Rajiv Bajaj, managing director of Bajaj Auto, referring to arguments by some who wanted the government to defer the passing of a new regulation creating a new segment of four-wheeled vehicles.

Bajaj Auto, which is learnt to have invested Rs 550 crore in the RE 60 project, feels the four-wheeler is “by no stretch of the imagination anything like a car”. Rather, it is a safer alternative to three-wheeled autorickshaws. In an exclusive interview with our sister publication Autocar Professional, the 47-year-old engineer-entrepreneur also shares his strategy to build Bajaj Auto’s core motorcycle business. And China, the world’s largest two-wheeler market, is in his sights. That entry will be through one of its partners – Kawasaki or KTM. It is more likely that Bajaj Auto could enter China via KTM.

The homegrown company is nurturing dreams of being a global player in the motorcycle business, which makes up 70 percent of the global two-wheeler market volume-wise, and perhaps 80 percent in terms of revenue. That is why Bajaj Auto decided “to put every man and every rupee in motorcycles”.

“Do we really need to participate in the balance 20 percent? No,” says Bajaj.

Bajaj Auto’s industry leading profitability is also attributed to its sound, brand-focused business strategy. That in turn reflects Rajiv Bajaj’s strong belief in the science of homeopathy and practice of yoga. “I learned the hard way that there is no science in management,” says Bajaj. “There are many principles I found in yoga which can apply. Similarly in homeopathy, the most fundamental principle is individualisation,” adds Bajaj. This belief has a link with Bajaj Auto’s hardcore focus on motorcycles even as the scooter segment is increasing its share of the two-wheeler pie.

Click on the links below to watch the two-part interview of The Autocar Professional Dialogue’s inaugural episode.