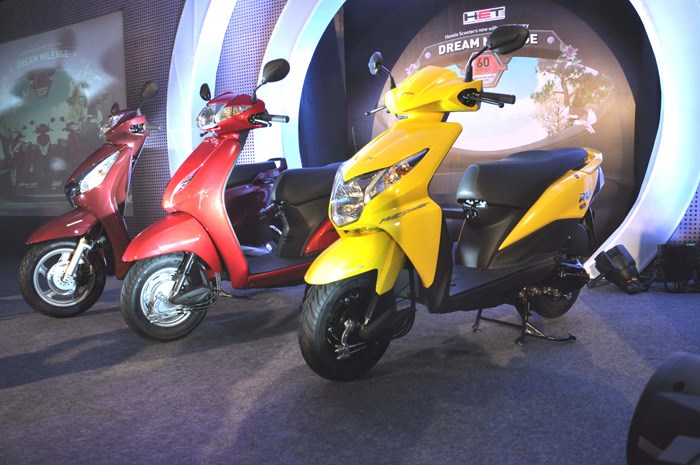 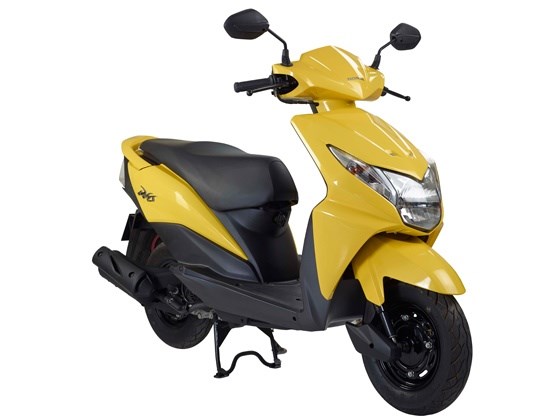 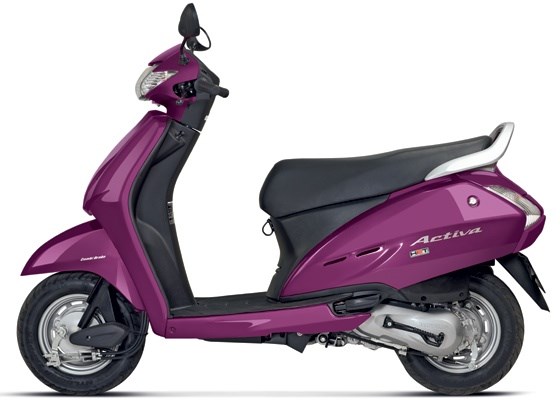 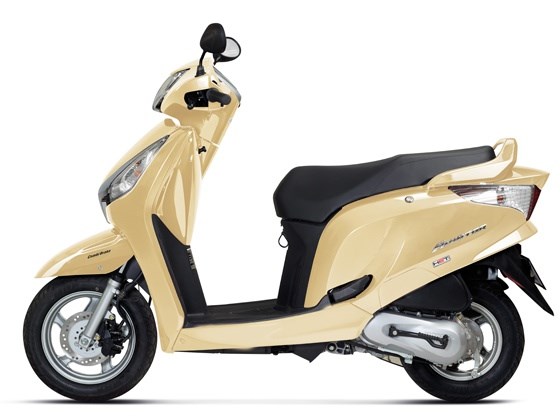 Honda Motorcycle & Scooter India has updated its Activa, Aviator and Dio scooters for 2013. This Honda trio share a four-stroke, 109cc, single-cylinder and air-cooled engine that makes a maximum power output of 8bhp at 7500rpm, and peak torque of 0.89kgm at 5500rpm. All scooters now use new Honda Eco Technology (HET). HET is new engine technology co-developed with Honda R&D based in Japan, Thailand and Manesar, India. Improved combustion is available within these engines, thanks to better, nickel spark-plugs and optimised inlet ports. Internal friction levels have dropped for use of an offset crankshaft, low-tension piston rings, improved bearing oil-seals and lightened engine internals. Within the gearbox, pulley converter ratios are tweaked for better fuel-efficiency, without any power sacrifice. Honda will hereafter use HET engines on two-wheelers ranging from 110cc through to 1200cc.

New colours have been added to the scooter range, the Dio to be sold in a yellow option, while the Activa gets an extra metallic purple colour and Aviator a new golden paint scheme. The 2013 Dio is priced at Rs 44,701, the Activa for Rs 47,188 and Aviator for Rs 48,212-Rs 53,531 (all prices ex-showroom, Delhi).
Honda has also inaugurated their new Honda Technical Centre (HTC) at Manesar. Honda has to date operated separate R&D entities to cater to different requirements for independent two-wheeler, four-wheeler and power products in the various markets they operate in. In a departure to this strategy, the new HTC centre, Manesar marks a new step in global Honda operations. Spread over 10,000 square meters within the existing HMSI Manesar facility, the new technical centre engages 200 engineers including Honda Research & Development India (HRID) and HMSI associates.
The HTC opening in India shows Honda’s solid commitment to our market. In another first for Honda across global operations, the new centre combines integrated systems of design, engineering, purchasing and quality under one roof, enabling local development with higher quality at affordable costs.
The Manesar facility houses an advanced wind tunnel to allow vehicle air-flow simulation. HTC also incorporates other state-of-the-art equipment including a chassis dynamo, bench dynamo and layout machines. HTC Manesar is manned by around 200 engineers, who were key co-developers of the 2013 scooter range. HTC is currently involved in developing several new motorcycles and scooters, slated for future launch in India.
Honda has four new motorcycles and scooters planned for the coming fiscal; one new bike or scooter in every quarter, starting January 2013 right up to March 2014.