The Honda CB300R was never updated to meet BS6 norms in India, but the naked motorcycle is now set to make a return to our market. 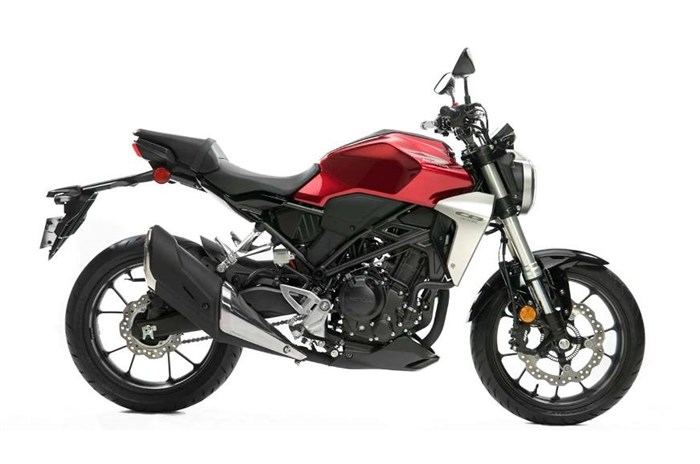 The Honda CB300R was briefly sold in India between Feb 2019 and April 2020, and was discontinued when BS6 regulations came in. Now, an Instagram post shared by the India Bike Week (IBW) organisers confirms that Honda is bringing the CB300R back to India.

●     Could be CKD or locally assembled

The CB300R features Honda’s neo-retro style naked bike design and uses a lightweight steel trellis frame. The bike runs a 30.45hp, 27.4Nm, 286cc, liquid cooled 4-valve single cylinder engine in BS4 spec. Interestingly, Honda has not launched a Euro 5 spec version of this motorcycle in international markets yet, which means India could be the first to get the higher BS6/Euro 5 emissions compliant motorcycle.

That also raises the question of whether Honda will now locally manufacture this motorcycle. The BS4 model in India was a CKD import, which resulted in a rather high price of Rs 2.41 lakh, ex-showroom, placing it just below the significantly more powerful KTM 390 Duke. However, motorcycle prices in India have exploded since then, and the 390 Duke now costs close to Rs 2.9 lakh, ex-showroom.

Honda’s premium Big Wing network has also been growing at a steady rate and dealers will be pleased to have another reasonably affordable motorcycle to sell alongside the popular H’ness CB 350 and CB 350 RS. Speaking of which, Honda will also launch an Anniversary Edition of the H’ness on December 4 at IBW. Look out for our report from the event for the full details in a couple of days’ time.

Would you choose the Honda CB300R over any of its rivals? Let us know in the comments below.