Harley-Davidson lays off 140 employees in the US

A total of 90 production workers at the company’s plant in York, Pennsylvania, and 50 at its Tomahawk factory in Wisconsin will be laid off. 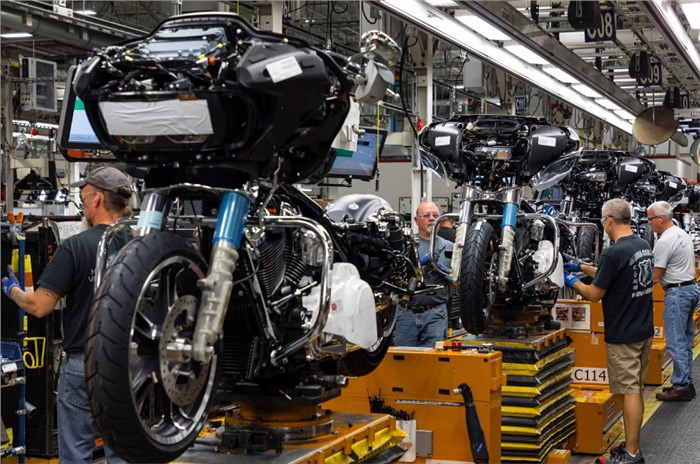 Harley-Davidson will cut about 140 jobs in the United States, following a decision to adjust production volumes and subsequently, its workforce. A company representative has mentioned that 90 production workers at the company’s plant in York, Pennsylvania, and 50 at its Tomahawk factory in Wisconsin, will be laid off.

Earlier this year, the company witnessed some significant changes in management and its business plan going forward. Matt Levatich stepped down as CEO, following five consecutive years of falling revenues. He was replaced by director Jochen Zeitz, who took on the role of acting CEO. Under Zeitz’s leadership, Harley-Davidson announced a new business strategy plan called “Rewire” - one which lays out the steps for the company’s revised five-year plan. However, the coronavirus pandemic is likely to have taken a toll on its execution and on sales, forcing the manufacturer to cut jobs. Production at the two facilities also came to a halt for a brief period, during the pandemic.

The source reports that Harley-Davidson sales in the US for the first quarter of the year dropped 16 percent compared to a year ago as the pandemic-induced lockdowns forced about half of its dealers to temporarily close their stores. The source article also mentions that Harley-Davidson is trying to preserve cash by slashing capital spending, putting a hold on hiring, reducing salaries and eliminating merit increases for employees.