The FXDR 114 Limited Edition will have a production run of just 30 units; will be sold only in the UK and Ireland. 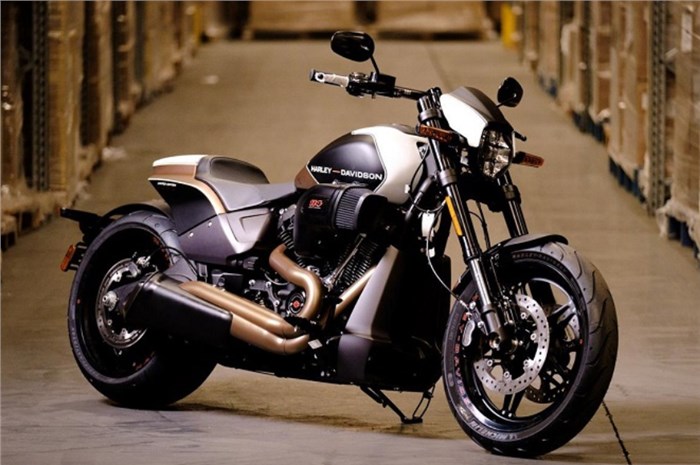 Harley-Davidson has briefly expanded its Softail line-up in the UK and Ireland, with the addition of the FXDR 114 Limited Edition. Limited to a 30-unit production run, this FXDR 114 has been designed with the help of UK-based painters and custom design house, Image Design Custom.

The FXDR 114 Limited Edition features a white, black and gold colour scheme that’s a lot more eye-catching than the rather monotonous ones the bike is usually offered in. Other cosmetic changes include ‘Limited Edition’ badging, a different logo design on the tank and a unique serial number. Meanwhile, changes to the hardware extend only as far as a single-piece handlebar mounted on a ‘Fat Ape’ handlebar riser kit that replaces the stock clip-ons.

The rest of the bike remains identical to the standard FXDR 114 and powering it is Harley’s Milwaukee-Eight 114 1,868cc V-twin engine. Peak output figures stand at 90hp at 4,500rpm and 160Nm of torque that comes in at a low, very accessible 3,500rpm.

Priced at £18,345 (Rs 16.97 lakh), The FXDR 114 Limited Edition costs the same as some other colour schemes the bike is available in, and just a few hundred pounds more than the base variant’s £17,995 (Rs 16.61 lakh) price tag. The FXDR 114 Limited Edition may not be the most radical concept as far as factory customs go, but it is good  to see the manufacturer keep its custom heritage alive in times of struggling business.

Recently, Harley-Davidson also announced its new business strategy plan, called ‘Rewire’, which lays out the steps for the company’s revised five-year plan. You can read about that here.