EVs account for 3.6 percent of two-wheeler sales in first half of 2022 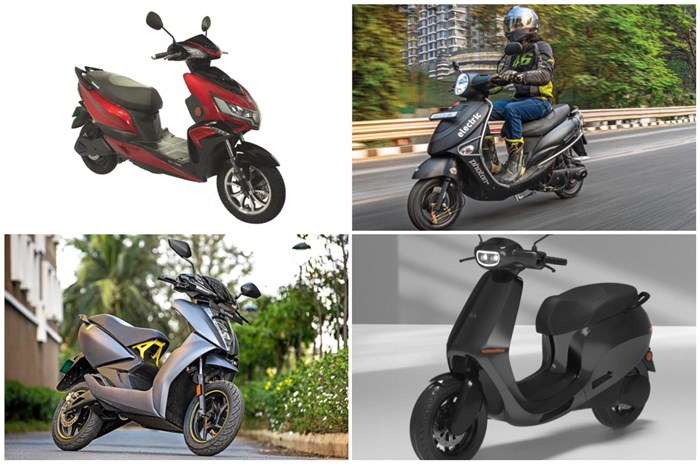 If ever proof was required of the growing demand for electric mobility in India, particularly in its most affordable form – electric two-wheelers – then the retail numbers of first-half of 2022 reveal that truth.

A total of 2,40,662 electric two-wheelers have been sold between January to June 2022 as per the latest industry retail sales data revealed in FADA president Vinkesh Gulati’s tweet on July 12. With this number, e-two-wheelers have contributed to 3.6 percent of total two-wheeler sales (66,95,434 units) in the first half of calendar year 2022.

Flashback to CY2021 where of the total 1,22,58,164 two-wheelers sold in the country, electric two-wheelers comprised 1,43,261 units, or 1.16 percent of overall sales. Clearly, six months on, the level of EV contribution to overall two-wheeler sales has grown three-fold, or by 210 percent to be specific. This gains significance as it shows that consumer confidence in electric two-wheelers – despite incidents of e-scooters catching fire – remains strong.

At No. 2 is Hero Electric – the CY2021 market leader with 46,260 units – which has seen 44,084 of its e-scooters go home to new buyers and is currently only 3,037 units behind Okinawa. Hero Electric notched the best monthly sales in the first half of the year in March – 13,028 units. In July, it began manufacturing and rollout of its Optima and NYX e-scooters from Mahindra Group’s plant in Pithampur, Madhya Pradesh.

Bangalore-based Ather Energy, which finished fifth, has shown strong and consistent sales. In fact, there is month-on-month growth across the first six months of 2022, with its 15,952 units sales being one e-scooter more than its CY2021 total.

Meanwhile, ICE majors Bajaj Auto and TVS Motor, which have diversified into e-mobility with the Chetak and iQube respectively, are clocking decent numbers too. TVS clocked 8,670 units and Bajaj has 7,394 units to its credit.