Ducati opens its second showroom in the country, in Gurgaon, NCR. 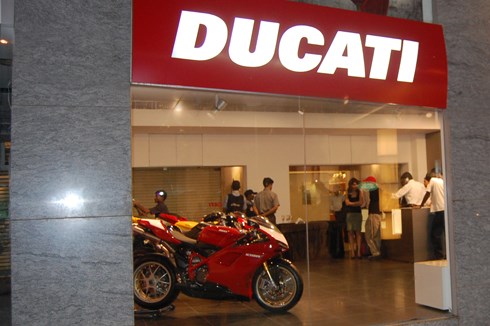 Ducati has opened its second showroom in the country, in Gurgaon, NCR. Having inaugurated its Mumbai dealership recently, Ducati is looking at strengthening their place in the Indian market.

The motorcycles on offer will be the 1098 Superbike, 848 Superbike, the Streetfighter, the SportClassic, the Monster and the Hypermotard. Nicky Hayden, Ducati’s factory rider in the MotoGP Championship and 2006 champion, was the chief guest and cut the red ribbon to inaugurate the showroom.

According to Ducati India CEO Ashish Chordia, “The next showrooms will come up in Chennai, Hyderabad, Bangalore and Kolkata next year, after which we would spread out to mini-metros in 2011.” Stating that Ducati had by now received about 25 bookings, he said the company had planned a range of activities, together with racing events and test drives, to endorse its iconic bike brand in India.