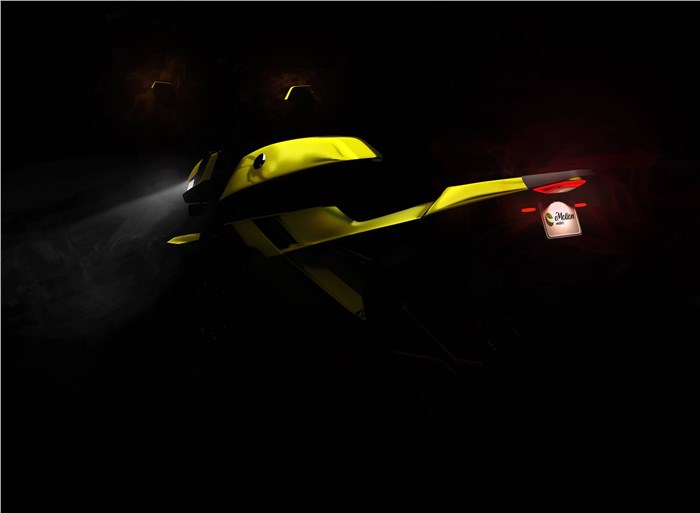 We saw a raft of new EVs being unveiled at the 2018 Auto Expo – and they just seem to keep on coming. With the highly anticipated Ather scooter set to launch tomorrow, Coimbatore-based eMotion Motors has also just announced the unveiling of their new geared electric motorcycle, the Surge, on the same day.

The Surge's claimed top speed of 120kph and a 0-60kph acceleration claim of less than 4sec make this two-wheeler an interesting proposition, indeed. While most EV manufacturers are strongly advertising the environmental and convenience benefits of their vehicles, eMotion is strongly focused on the performance aspect of their upcoming motorcycle. The tech sheet supplied by eMotion reveals a four-speed, semi-automatic gearbox and a 40Ah Lithium-ion battery pack. While the power output of the motor remains unknown, its torque output is listed as 28Nm at 2,800rpm. This is quite unusual, since most electric motors used for automotive applications provide constant torque, irrespective of RPM.

According to the automaker, the motorcycle will also get many features that have been seen on current motorcycles, thus far – including an SOS feature, animated turn indicators and a reverse feature. eMotion claims a range of 100km and an empty-to-full charging time of just 30min, using an express charging feature. The start-up also mentions smartphone integration, navigation and cloud connectivity. These are features that the Ather electric scooter gets, as well, further adding to convenience is the claim that the motorcycle will feature ample storage space – more than enough to hold a helmet.

The Surge will be revealed via webcast on the eMotion website.