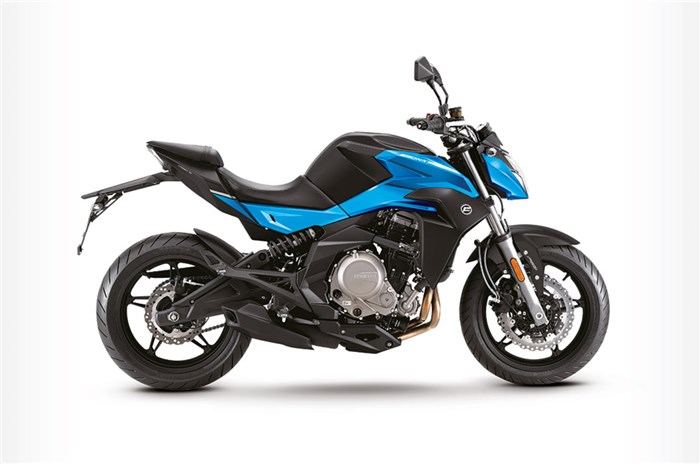 The new CFMoto 650NK will be the company's second BS6 compliant motorcycle in India.

CFMoto India is all set to launch the BS6-compliant 650NK in the market. Our sources tell us that the motorcycle is expected to go on sale by the end of April 2021. This will be CFMoto's second BS6 offering following the launch of the 300NK.

The BS6 CFMoto 650NK is expected to feature a largely similar design to the outgoing model, albeit with subtle changes that were spotted on the bike sold in International markets. The updated CFMoto 650NK gets new tank extensions that stretch further forward to add more visual mass to the design. The rest of the body panels look similar to the BS4 650NK.

For the unaware, Kiska design – the same Austrian design house that has penned the lines on new-age KTMs – have styled the 650NK.

The CFMoto 650NK is also expected to feature a new TFT display instead of the simple and outdated LCD display on the BS4 motorcycle.

The BS4 CFMoto 650NK produces 61hp at 9,000rpm and 56Nm of torque at 7,000rpm from its parallel-twin. It’s paired to a 6-speed transmission. While the specification of the BS6 engine hasn't been released, we expect them to be similar to the BS4 motorcycle.

The BS6 CFMoto 650NK is expected to be priced in the vicinity of Rs 3.99 lakh to Rs 4.5 lakh. It will be available across five dealerships in India - Thane, Bengaluru, Chennai, Hyderabad and Coimbatore.