BS4 two-wheeler distress sale likely in second half of March

Factors such as a continually weak market seem to pose new challenges. 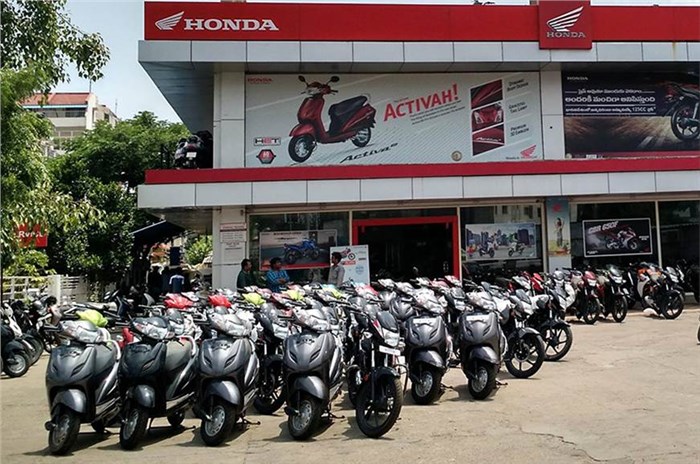 While most dealers are taking an advanced deadline of March 15, 2020 to liquidate BS4 stock, there could be some panic as uncertainty looms large in the Indian automobile market in regard to market dynamics and the economy.

As the final countdown for the much-debated BS4-to-BS6 transition gets underway, the auto industry looks to make the switch in the smoothest possible fashion. However, factors such as a continually weak market and the Coronavirus outbreak have had an impact on component supplies for BS6 vehicles and thus seem to pose new challenges.

According to Nikunj Sanghi, director - International Affairs, Federation of Automobile Dealers Association (FADA), the apex dealer body in India, "The market is still very fluid and our immediate focus is to liquidate the BS4 inventory. While some pre-buying is going on, after March 10, it would be hara-kiri. Especially in the passenger vehicle and commercial vehicle segments, dealers of most manufacturers are confident of clearing the (BS4) stocks by March 10, but two-wheelers are still reeling under tremendous pain."

"Internally, we are keeping a deadline of March 15 to be on the safe side, as there are varying degrees of processes to get a vehicle registered and apparently registration of BS4 vehicles will be blocked on March 31. So the permanent registration process will need to be completed much in advance," he said.

Sanghi further explained that majority of the dealers would have cleared up their BS4 stock in their books, but if there's any leftover inventory, drastic measures will come into effect, in the form of heavy discounting; or even registering the vehicles in the name of employees, to be sold as second-hand vehicles later. This is going to be at a huge additional cost to dealers.

"We are not sure how BS6 is going to be received because of the price hike, which has been happening, but not to the extent that it was made to believe. Maybe, some companies are initially absorbing a part of the price increase and will pass it on to the consumer later on," said Sanghi.

To add to this, there is the growing concern of the Coronavirus or CoVID-19. "Shutdowns in China, Japan and Korea are going to impact us. The entire automotive industry is heavily dependent upon China for the supply of electronics components," Sanghi said.

"If the Coronavirus gets arrested at the level that it is at right now, its impact will be far-reaching in terms of the revival of the industry (in India). Secondly, companies would need to re-think on how to manage their supplies and not be dependent on one source."

"India has a great opportunity and 'Make in India' has the potential to become far more critical now," Sanghi concluded.